The dominant theme of a new report by a leading commercial real estate investment and services firm is that Atlanta’s office market remains exceptionally active through strange, somewhat turbulent times.

According to CBRE’s third quarter findings, metro Atlanta delivered more new office space between July and September than in any other quarter for more than 20 years.

That came in the form of 2.08 million square feet across nine new buildings, including sizable projects that had been years in the making in explosive submarkets such as Old Fourth Ward and Midtown.

Not since the wake of Y2K has metro Atlanta delivered a higher number: 2.45 million square feet in 19 buildings in the first quarter of 2001. 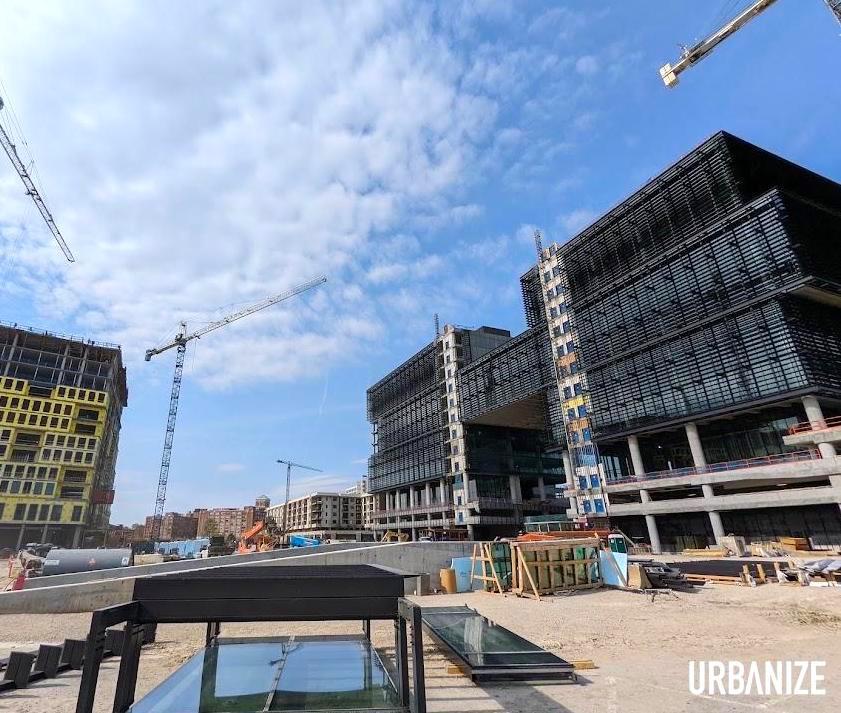 Still, more than 5.1 million square feet of sublease space remains available out there. And in terms of net absorption, the third quarter saw far less activity than the second (thanks to one titanic Midtown move-in earlier this year), per CBRE.

CBRE notes in its third quarter findings that 2.8 million square feet of offices remain under construction across the metro, with the current vacancy rate hovering just over 23 percent. Direct asking rates for rents are $30.27 per square foot, with Class A space asking $32.66 per square foot—upticks from earlier this year. 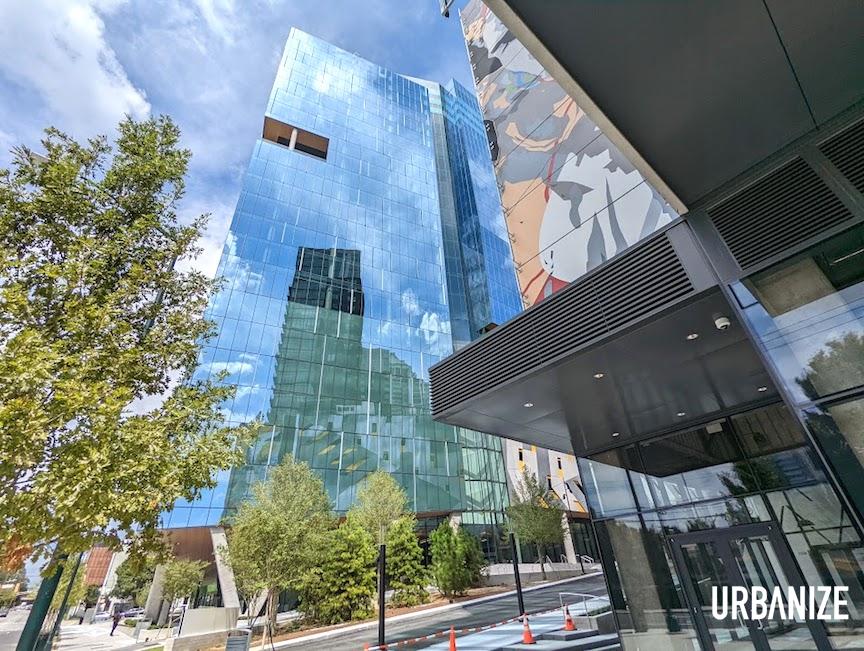 In the third quarter, metro Atlanta notched about 300,000 square feet of net office absorption, per CBRE.

That’s less than 1/3 of the 1.03 million square feet of positive absorption logged in the second quarter—which was an outlier, in that Google officially staked its flag at Midtown’s 1105 West Peachtree building during that period. 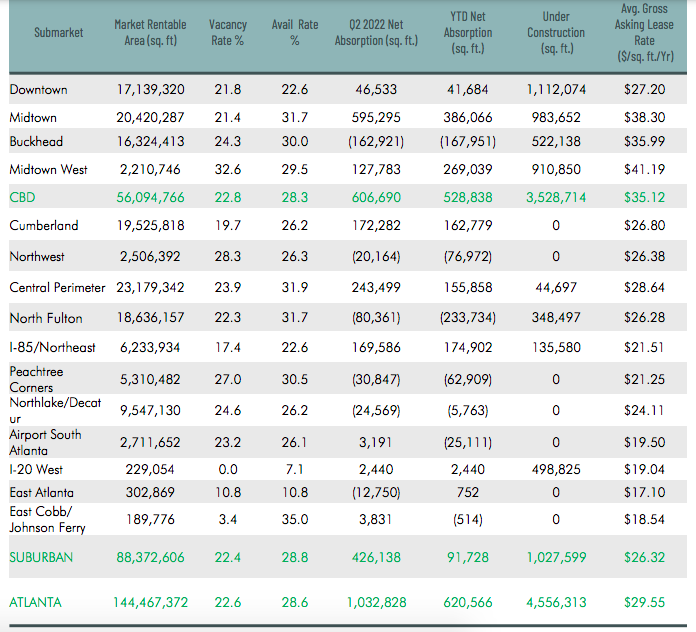