The real estate investment and management firm best known in Atlanta for redeveloping Ponce City Market announced a deal this week that’s expected to bring nearly 200 jobs to the burgeoning subsection of the city referred to as “Upper Westside.”

Jamestown has inked a lease with defense technology company Anduril Industries for more than 180,000 square feet of space at Allied Studios, a former warehouse complex Jamestown is renovating to lure creative office and lab tenants in Underwood Hills.

Allied Studios consists of three one-story buildings (plus a nearby building on Chattahoochee Avenue) spread across 11 acres with about 224,000 square feet total. The project is tucked off Marietta Boulevard and Collier Road near Crest Lawn Memorial Park in what’s emerged as a brewery district in recent years. Jamestown marketing materials point to Westside Park and a forthcoming BeltLine connection in the area as selling points. 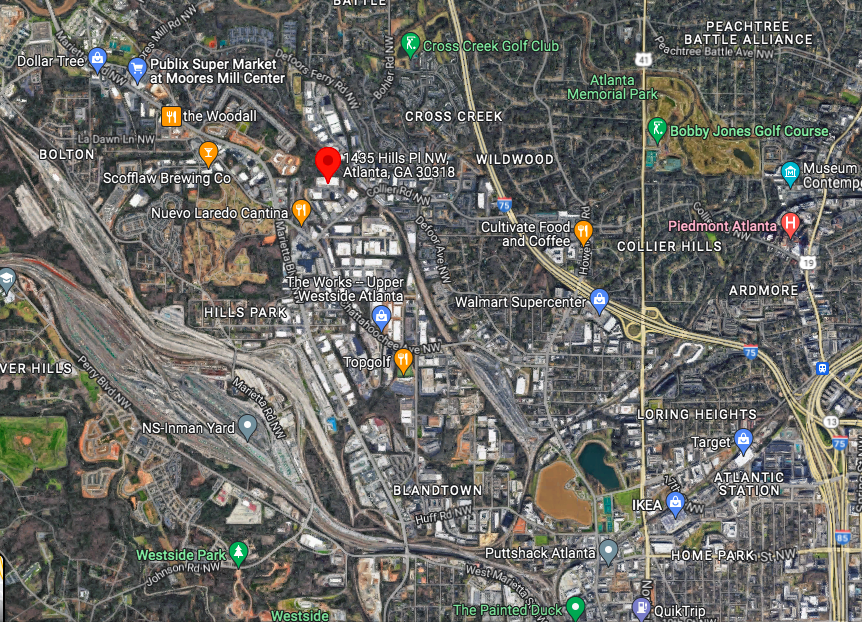 Allied Studios' 1435 Hills Place location in Underwood Hills, in the context of other attractions in the area. Google Maps

According to Jamestown reps, Anduril plans to invest $60 million in a new manufacturing and research facility at Allied Studios that will create more than 180 jobs over the next three years.

Beyond Ponce City Market, Jamestown’s experience remaking industrial buildings into offices and other purposes includes the Westside Provisions District in Atlanta, The Innovation and Design Building in Boston, and Industry City in Brooklyn. 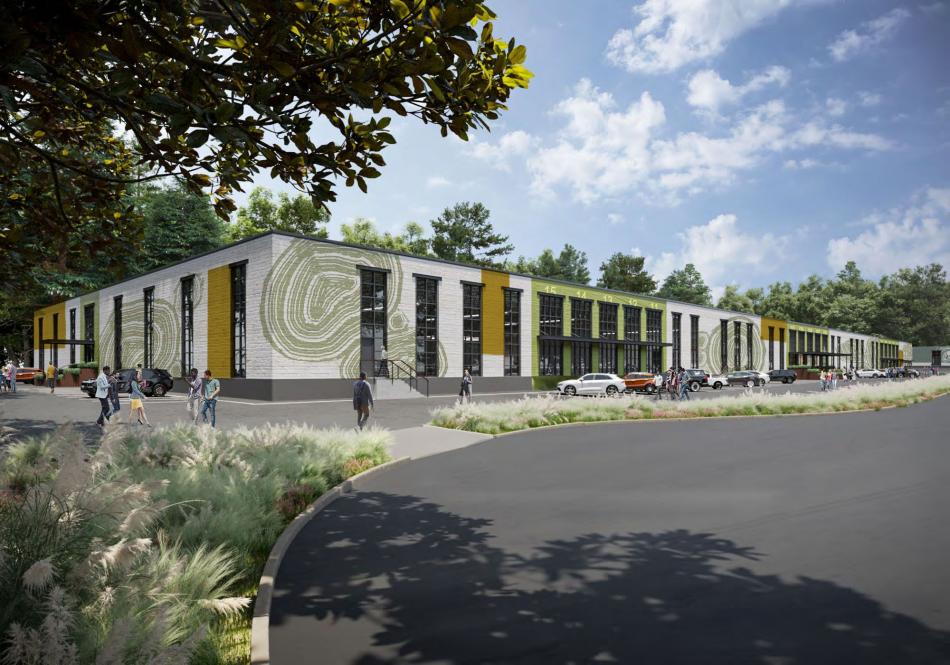 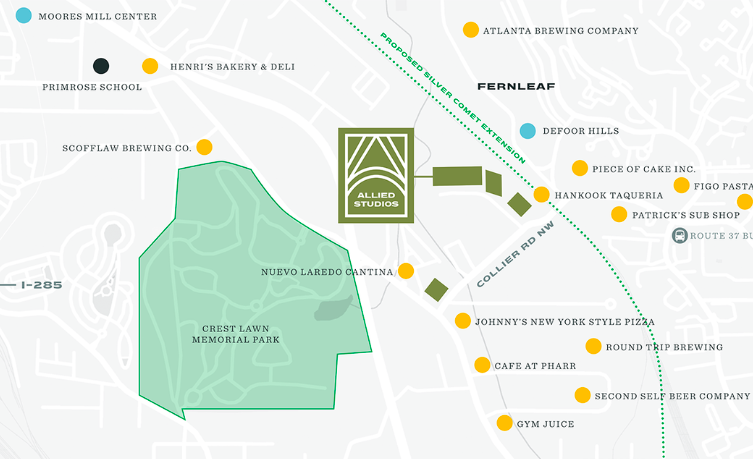 A closer look at the context near Crest Lawn Memorial Park. Jamestown Properties

Property records indicate Jamestown, which is headquartered in Atlanta and Cologne, paid just shy of $23 million for the trio of Allied Studio buildings three years ago.

“With its network of top universities and diverse tech talent, Atlanta has emerged as a major a hub for the innovation economy,” Jamestown CEO Matt Bronfman said in a lease announcement this week. “Anduril’s Atlanta expansion will bolster that status and add to the city’s dynamic ecosystem of innovative companies.”

“Atlanta has a highly skilled and educated workforce in aerospace, engineering, and robotics,” added Matt Grimm, Anduril’s COO. “By growing our presence in Georgia, we’ll be able to continue to attract world-class talent who will support our mission to transform defense capabilities for the U.S. and our allies.”