As one milestone, mall owner Simon celebrated the installation this week of huge, five-story signage for what’s expected to be a highlight of that redevelopment: Life Time Buckhead, the first new location of the fitness brand in metro Atlanta for a decade.

Located on the north side of Phipps Plaza along Phipps Boulevard, the Life Time is billed as a fitness resort with the company’s first rooftop beach club in Atlanta. The building also includes Life Time Work, a 25,000-square-foot, membership-based office and workspace concept where members will also have access to the gym.

Life Time is scheduled to open sometime in November, though an exact date hasn’t been nailed down, project reps tell Urbanize. 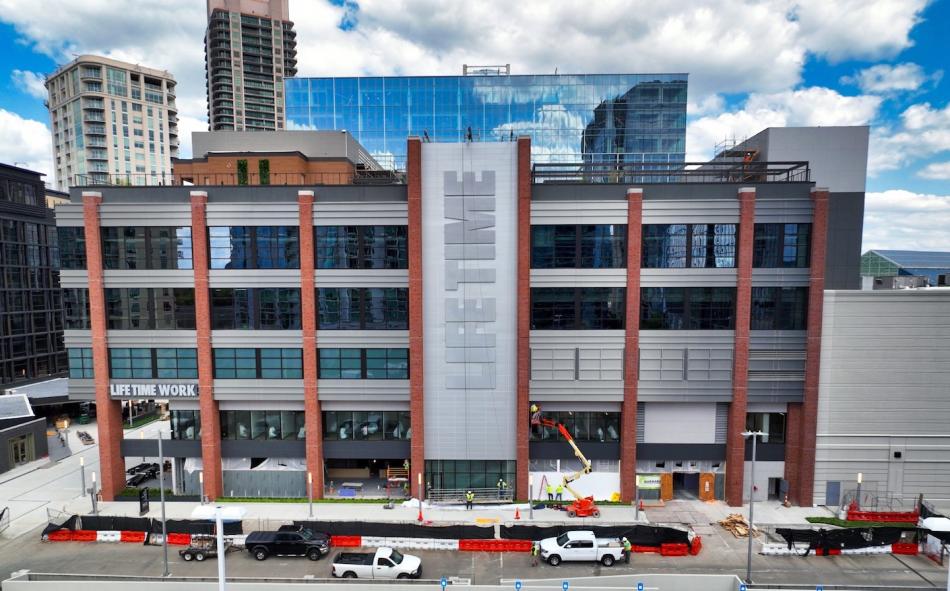 The five-story Life Time signage recently installed along the north side of the redevelopment. Courtesy of Simon

Other openings in November will include the Nobu Hotel Atlanta next door, One Phipps Plaza offices, and public greenspace The Green at Phipps Plaza, officials said.

Meanwhile, this month, luxury women's and men's fashion and accessories brand Amiri and upscale European retailer Byredo (fragrances, makeup, home decor, leather goods, and accessories) are expected to open within other sections of the existing mall.

Phipps Plaza broke ground in 2018 on efforts to demolish and remake the former Belk big-box space in a hub of luxury mixed-uses in the affluent subdistrict. 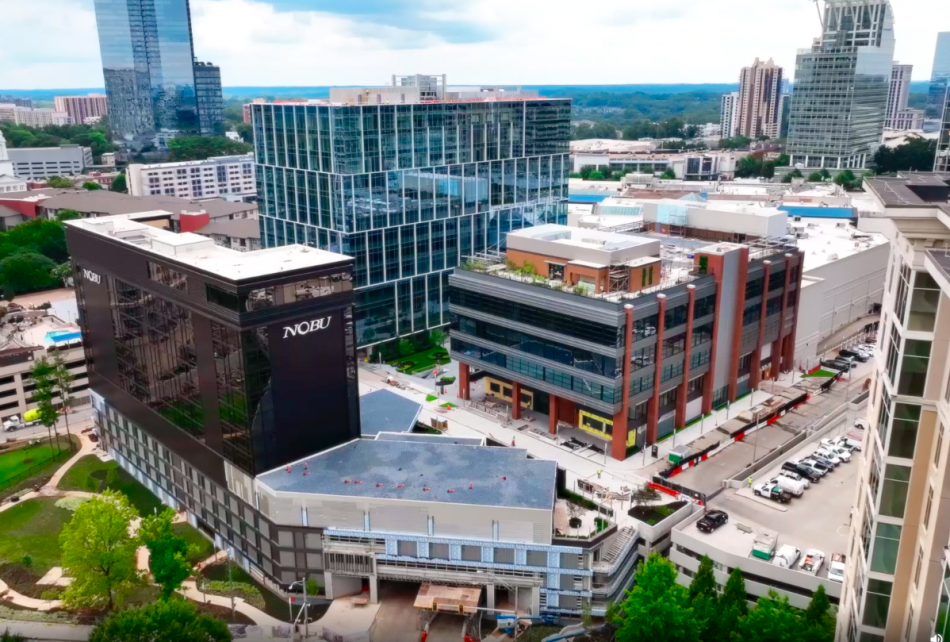 Overview of mixed-uses that have replaced the former Phipps Plaza Belk store. Courtesy of Simon

The Nobu Hotel and Restaurant portion, the brand’s first foray into Atlanta, will include a 150-room hotel with a rooftop pool, spa, and conference space, plus the 10,000-square-foot Nobu Atlanta Restaurant, which will dish Japanese cuisine widely considered iconic.

The tallest new section is the 13-story, LEED-certified Class A office building, One Phipps Plaza. It includes 365,200 square feet and enough post-pandemic features (think: outdoor greenspace) to be described as “the workplace of the future,” as Simon officials have previously said.

The Phipps expansion will also include an upscale food concept called the Citizens Culinary Market. That 24,000-square-foot facet, a collaboration between Simon and Sam Nazarian’s C3, will use a ghost kitchen model to offer sit-down dining and pick-up meals. Some of C3’s popular brands—Umami Burger, Krispy Rice, Sam’s Crispy Chicken, and others—are expected to sign on. No ETA on that portion was provided this week.

Other upgrades and developments at Phipps Plaza in recent years have included a modernized façade along Peachtree Road, the AC Hotel Atlanta Buckhead, and mid-rise luxury rentals The Domain at Phipps Plaza.

In the gallery above, peep how Phipps Plaza's latest changes have come together as openings approach.

[CORRECTION: 1:45 p.m., October 10: This article has been updated to reflect that Amiri is a luxury women's and men's fashion and accessories brand.]