Instead, the recently approved swap will allow Clear Channel and Outfront Media to upgrade—and/or relocate—various billboards around Atlanta to two-sided LED boards.

In exchange, the companies will remove two billboards in front of Greenstone Property’s 14th + Spring development. Doing so will allow the developer to create a one-block linear park between Spring and Williams streets. 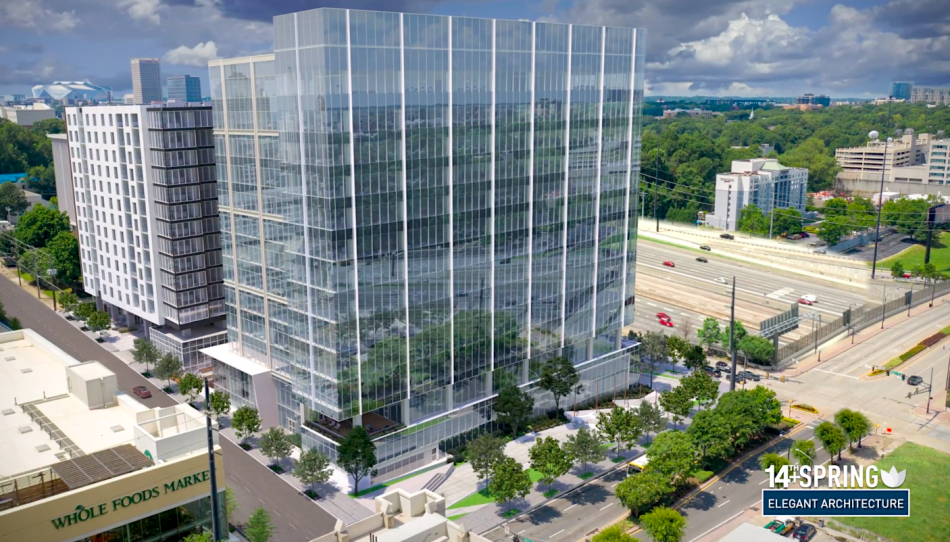 The office building's placement at 14th and Spring streets, formerly a vacant lot, with one version of the public park space at the base. Greenstone Properties; designs, HKS Architects

The construction site is across the street from Midtown’s massive Whole Foods, bordered to the west by Williams Street and the Connector. Sources say eliminating the two billboards at such a prominent location has long been high on neighborhood leaders' list of priorities.

That project proposes a bandalong litter trap in Peachtree Creek, an outdoor nature center, and educational programming—but funding for the environmental projects has been a question mark. The signage companies have noted in project filings that funding “would be difficult to procure without a site.”

A variety of complaints led to NPU-B, NPU-E, NPU-F, and NPU-M all voting to oppose the swap. Those included safety concerns due to distracted driving from two-sided LED billboards; perceived lack of public benefit; opposition to new advertising in a designated historic area; and worries about the precedent set by allowing billboards in areas zoned C-1. 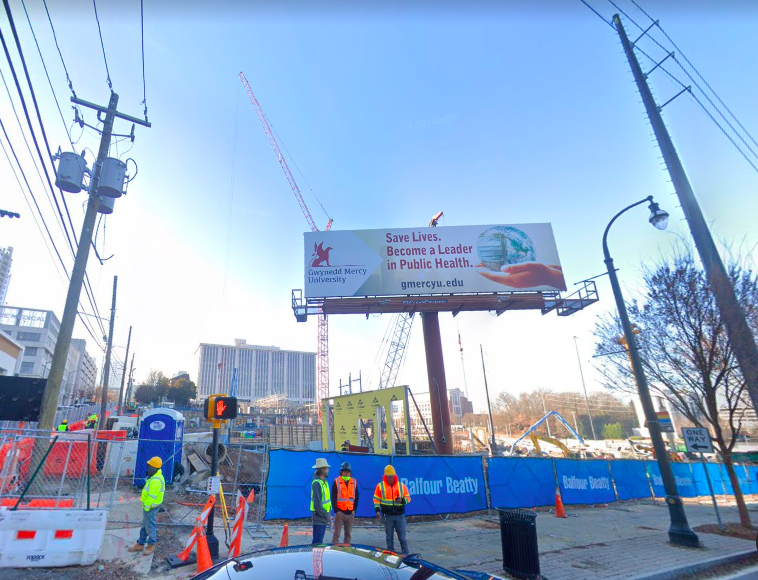 The billboard on site over Spring Street, as seen in December last year. Google Maps

One double-sided billboard that would stand 75 feet near OK Café in Buckhead has been a particular source of concern among neighbors.

Zoning Review Board minutes reveal that the relocated billboards would be an exception to the current zoning rules of the various sites picked by Outfront Media and Clear Channel. The board noted: “waiving the code requirements will have a negative effect on the balance of land uses and [...] the park and environmental project requirement of this legislation is unrelated to the purposes of the Sign Ordinance.”

Despite the recommendations of the four NPUs, Atlanta City Council voted unanimously to approve “The Grand Bargain” on December 6.

All told, five different billboards will see a conversion to double-sided LED faces.

• How Uptown became Midtown, and the neighborhood group behind it all (Urbanize Atlanta)