MARTA’s tactic of maximizing ridership and profits by developing underused land around transit hubs is now targeting a station in the heart of Midtown.

According to the transit agency, the solicitation process will soon begin for developers capable of turning MARTA’s Arts Center station in the 1200 block of West Peachtree Street into a denser, mixed-use community that includes affordable housing.

MARTA announced a request for proposals today to transform the low-rise station into the agency’s next Transit Oriented Development, or TOD. MARTA officials describe the 6-acre Arts Center parcel as an “exceptional development opportunity in [an] amenity-rich location” at the doorstep of rail transit.

The Arts Center offering would include air rights for development above the rail station and adjacent MARTA bus loop, located between 15th and 16th streets along West Peachtree Street. 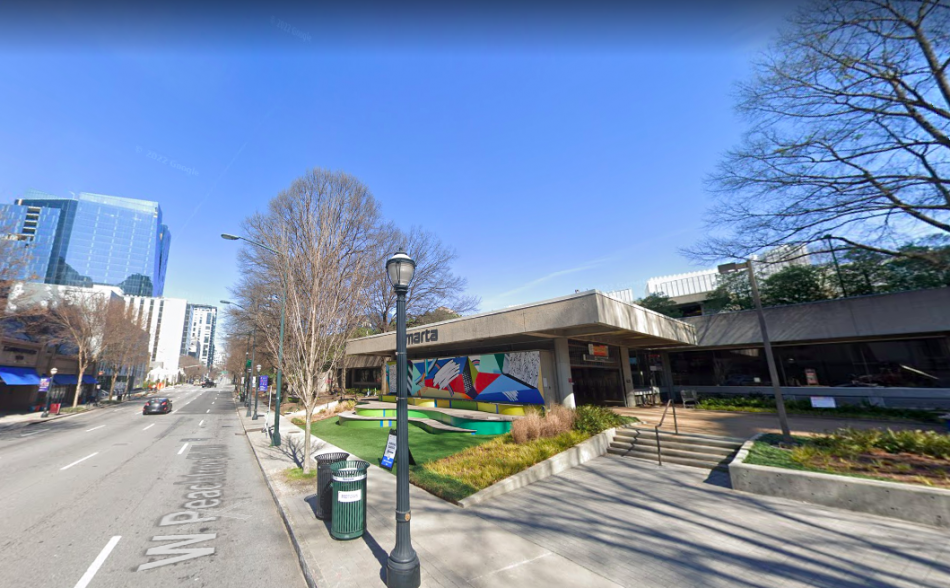 The site is also adjacent to Woodruff Arts Center—home to Alliance Theatre, Atlanta Symphony Orchestra, and the High Museum of Art—which a MARTA announcement today calls “one of the largest arts centers in the world.”

The station, which has become something of a low-rise anomaly in the rapidly growing subdistrict, is zoned SPI-16, a Midtown Special Public Interest District designation that encourages dense urban uses and historic preservation. It allows for “significant mixed-use density, including affordable housing,” per MARTA.

Offering a 6-acre parcel in Midtown for redevelopment “presents a tremendous… opportunity which we hope will enhance our customer experience and ridership, positively influence the neighborhood and add amenities, including affordable housing, which is so desperately needed in Midtown,” Collie Greenwood, MARTA interim general manager and CEO, said in a press release today.

MARTA says the process of selecting a development firm will span the next few months.

The transit agency has scheduled a pre-proposal conference for October 11 and a Q&A session for October 25. All proposals will be due December 15.

The northwestern blocks of Midtown’s core business district have been no stranger to skyline-altering investments, as high-rise development has claimed numerous parking lots and low-rise buildings in blocks surrounding the West Peachtree Street transit hub in recent years.

Rising projects today include Hanover’s 31-story apartment tower. Across the street from the train station, Midtown Union has finished construction within the past two months on a hotel, residential, and office tower.

A block from there, Greystar’s 33-story high-rise at 1382 Peachtree Street continues to climb.

Developing Arts Center station would echo a groundswell of TOD activity along MARTA’s Blue/Green Lines, where the Marchon mixed-use complex recently opened at King Memorial station, the Quill apartments have come online at Edgewood/Candler Park station, and an affordable-housing project is in the pipeline at Avondale Station.

In July, MARTA’s Board of Directors voted to move forward with pre-development work at five more stations, spanning from Bankhead to Brookhaven and Stone Mountain.