The race to cap Atlanta’s divisive highways with multifunctional park spaces appears to have a clear frontrunner.

The Midtown Connector project, which aims to create a 25-acre greenspace over freeway lanes between Georgia Tech and Atlanta’s most rapidly developing subdistrict, has quietly secured almost $100 million in private funding, a source close to the project tells Urbanize Atlanta.

That funding would be used to partially construct, operate, and maintain the highway-capping park.

According to the source, the Midtown Connector will be shovel-ready, or prepped for construction to begin, in roughly 10 months. A phased approach that would start construction of the park between North Avenue, next to the original Varsity location, and 5th Street is currently being evaluated; the goal would be to quickly erect park space in that gap and build toward 10th Street from there.

Another update came in recent days in the form of renderings for a Midtown Connector component that wasn’t included in previous visuals: a towering, translucent, and versatile events space that could be the park's defining feature. 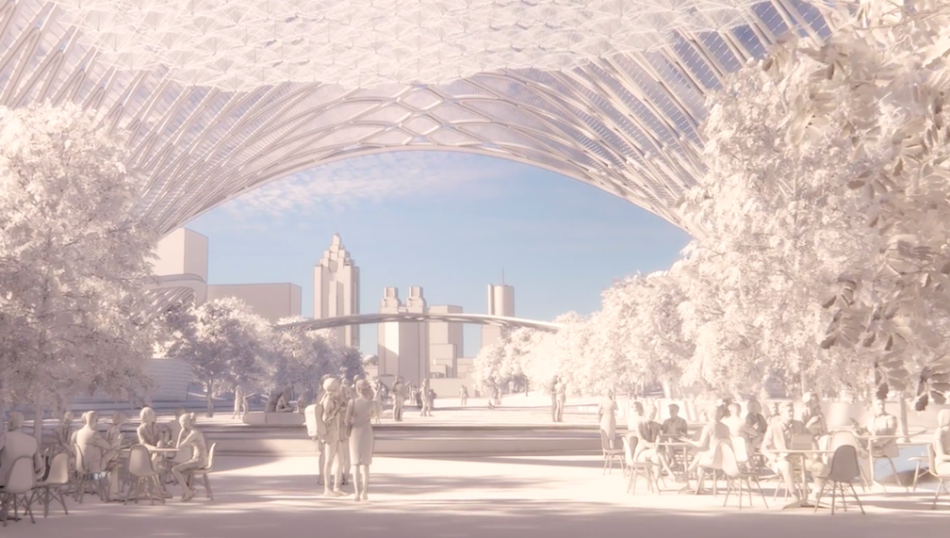 As compiled by Chicago-based firm Adrian Smith + Gordon Gill Architecture, the renderings depict an open-ended dome that would radiate with light at night for concerts and DJ performances—or be configured with seating for partially covered lectures and meetings outdoors.

In terms of scope, the Midtown Connector is the most ambitious of three highway-capping greenspace concepts trying to gain footing across Atlanta right now—and project leaders have sounded confident in recent weeks it’s going to happen. It joins downtown’s Stitch proposal and Buckhead’s HUB404 in appointing leadership and seeking a piece of the federal funding pie in an era of abundant, if still prospective, infrastructure spending.

A nonprofit partnership called the MCP Foundation unveiled the Midtown vision in early 2021 for a picturesque, contoured, and grandiose greenspace larger than Centennial Olympic Park built over the downtown Connector as means of weaving the city back together. A series of community meetings attended by more than 4,000 people were later held. About 150 of Atlanta’s government, philanthropic, civic, and corporate movers-and-shakers attended a leadership event for the Midtown Connector project at the College Football Hall of Fame in January. 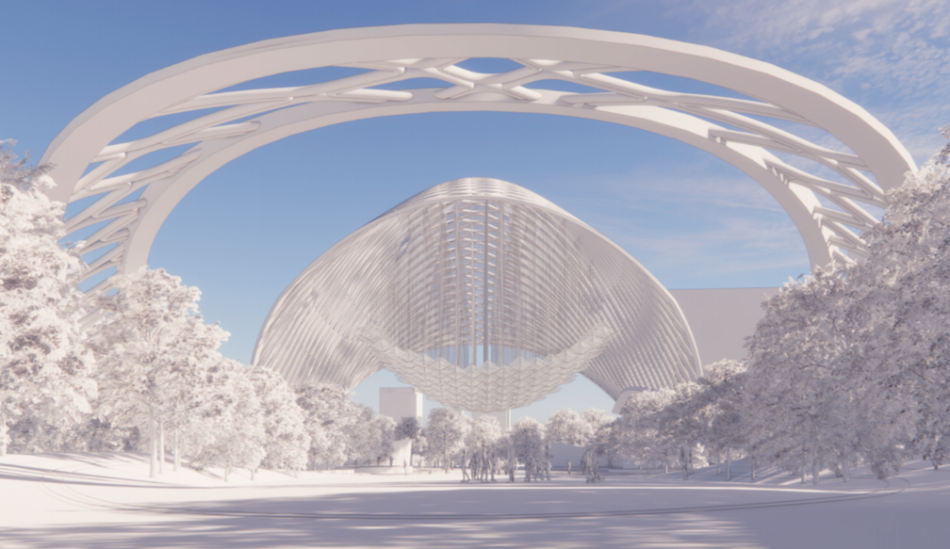 Georgia Tech, Midtown Alliance, and the Georgia Department of Transportation have all provided technical support and guidance for the project so far, according to the MCP Foundation. At least one Atlanta corporate titan, Chick-fil-A chairman (and former CEO) Dan Cathy, has advocated for a park to bridge the gap between Midtown and Georgia Tech for several years.

Input from the leadership event and the general public is helping to refine the project before another “Community Conversations” series is launched soon with tweaked plans. Meanwhile, the Midtown Connector project has succeed in gaining earmarks in requests for federal infrastructure funding compiled by U.S. Rep Nikema Williams ($750,000) and U.S. Sen. Raphael Warnock ($5 million), per the MCP Foundation.

Scoring an earmark even close to $5 million would allow the MCP Foundation to complete the years-long process of design and engineering work for the project, to a point that would allow the process for applying for federal construction funding to begin, a project official recently told Urbanize Atlanta. 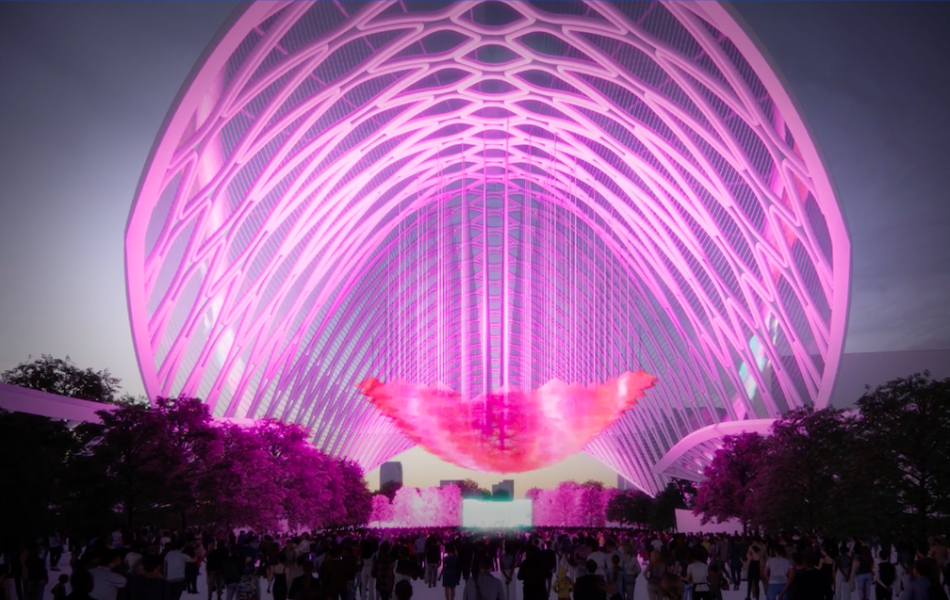 The Midtown Connector calls for a 25-acre park that flows with the curves of the freeway underneath, with a trail weaving across the length of it as a more human-scaled, Midtown-downtown connector. Parts of the serpentine path would be elevated, allowing users to quickly swoop over streets without having to cross them at grade. Also in the plans: playgrounds, a dog park, cafés, a children’s garden, and an amphitheatre for local, regional, and national events.

The MCP Foundation stresses the project would fully reconnect Georgia Tech, boost existing property values, and create demand for further investment on both sides of the Connector, while also improving mobility via multimodal cross-streets, revised (or eliminated) freeway exits, and lane and shoulder reconfigurations.

Early cost estimates have ranged from $800 million to $1.2 billion.

All previous renderings of the Midtown Connector project can be viewed here. For preliminary glimpses of the multifunctional events space—a statement piece if there ever was one—head to the gallery above.