On a recent steamy afternoon, Alan Rae surveyed the changing skyline of Midtown, the final punch-list items at a boutique hotel in the northern blocks of those changes, and the manicured streetscape of the multi-tower Midtown Union complex, which aims to be a lynchpin in the subdistrict’s more sophisticated future.

As general manager of the newly christened Kimpton Shane Hotel, the hospitality portion of Midtown Union, Rae said the property aims to be impressively high-design, arts-driven, but yet approachable, with rates between $200 and $300 nightly. The 12-story building opens Wednesday, with a grand opening planned later this month, and will introduce two culinary and cocktail concepts to what used to feel like a dead zone.

“There’s definitely going to be a captive audience for the restaurant and bar scene,” says Rae of the Midtown Union district overall. “I think it’ll feel like a more mature version of what’s happening at The Interlock with Bellyard [hotel]. You’ve got the Georgia Tech students on that side of Midtown. This complex will be more for the 35-plus demographic.” 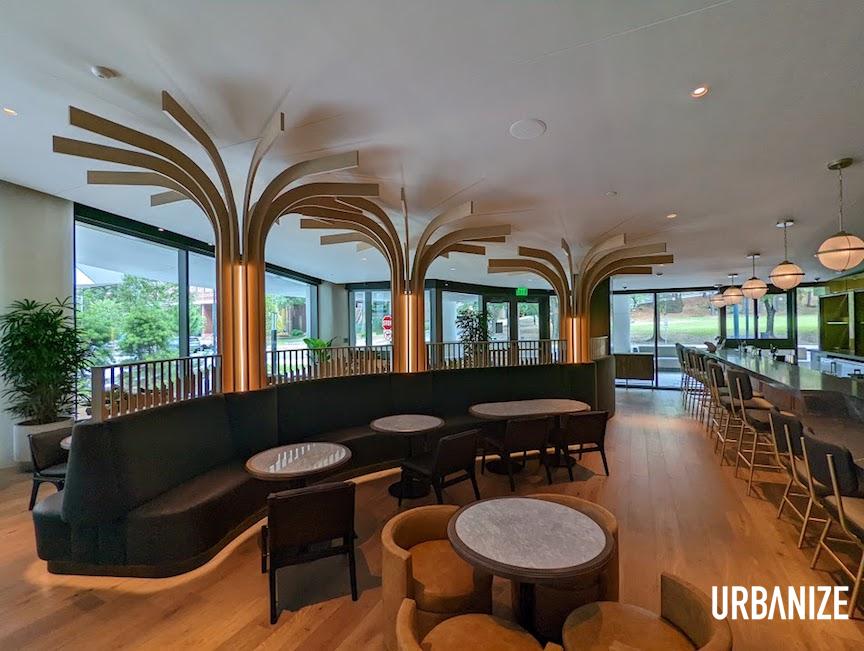 Intended to function like an extension of the Midtown Arts District, the boutique, art-clad Kimpton Shane features 230 rooms, 18 suites, and one Presidential Suite. It marks Atlanta’s third lodge under the Kimpton flag, joining sister properties Kimpton Overland Hotel at the Atlanta Airport, near Porsche’s expanding North American headquarters, and the Kimpton Sylvan Hotel in Buckhead.

A fourth Kimpton property in the metro is under construction in Roswell’s commercial village.

Previously the general manager at Hotel Clermont, U.K. native Rae has lived in Midtown for 22 years, walking to work and grabbing breakfast at Metro Fresh each morning.

“This feels like it’s the start of something new for Midtown,” he says. “It feels like Midtown’s ready to take off again.”

In the gallery above, have a sneak peek at how the Kimpton Shane hopes to enhance that energy on what used to be a block-big surface parking lot and 60-year-old office building imploded in 2019.