Five and ½ years after MARTA held a formal groundbreaking for its first new transit-oriented development, the final component of the Edgewood project is entering the home stretch of construction.

Now bookended by rental complexes, with a public greenspace and offices in the middle, the Edgewood Park project (as it’s collectively called) transformed 6.3 acres of surface parking lots. MARTA has entered into long-term ground leases with developer Columbia Ventures to build the mixed-use hub, similar to other TOD partnerships. 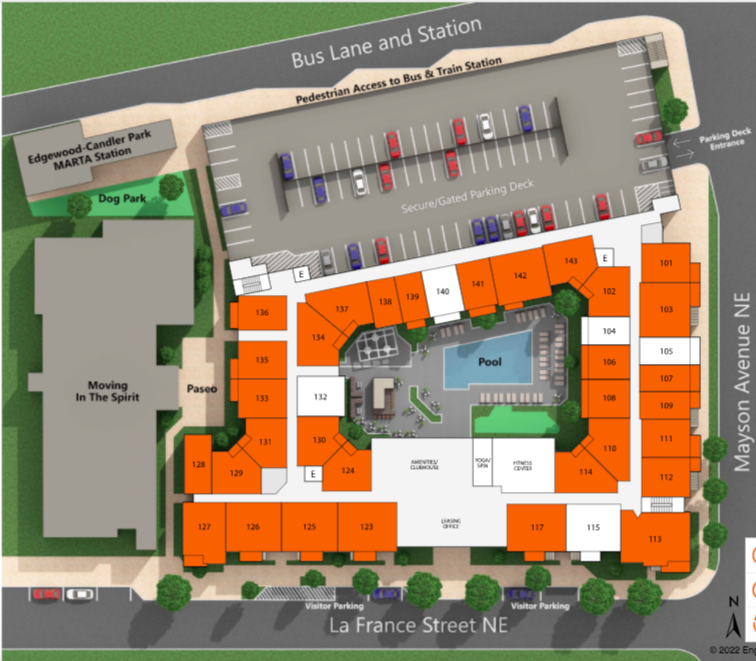 How the apartments relate to the existing station and TOD. Quill Atlanta

At the new Quill apartments, 55 units are being reserved as affordable housing, MARTA officials have said. Market-rate rents posted so far begin at $1,294 for 508-square-foot studios.

On the high end, the priciest apartment commands $2,790 monthly for two bedrooms and two bathrooms in 1,204 square feet. A month’s free rent is being offered as an incentive now.

Beyond MARTA accessibility, the Quill’s perks include a sky lounge with city views and kitchenette, a dog park, private spaces for teleworking, and a fitness center with a studio for yoga, spin, and boxing that never closes, per marketing materials. 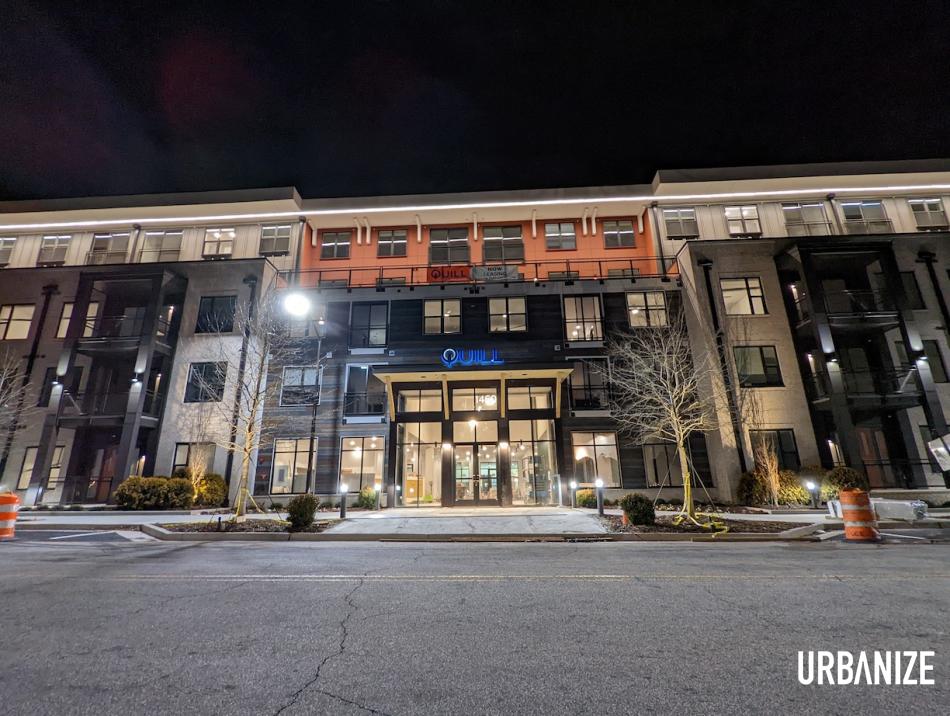 Finishing touches are being applied now at Quill Atlanta in the 1400 block of Edgewood's La France Street. Josh Green/Urbanize Atlanta

MARTA hopes Edgewood Park will serve as a template for how underused, transit-connected surface parking can be reimagined across Atlanta. Similar MARTA-adjacent developments continue to evolve at the Avondale MARTA station and Grant Park’s King Memorial station, with others including Bankhead’s station in the pipeline.

When the Edgewood TOD’s construction began, MARTA officials said only about 30 percent of the station’s parking lots were being used.

The first section, which includes the Spoke apartments, continues to evolve with its first retail tenants recently announced, as Moving In the Spirit, a creative youth development program, and other tenants are in place. See where the final piece stands in the gallery above.