MARTA’s Board of Directors took significant steps today toward developing underused land around two more of its 38 rail stations.

That means an additional five stations—from Bankhead to Brookhaven and Stone Mountain—are in the process of seeing various types of development sprout from parking lots and other acreage.

MARTA leaders call the transit-oriented developments crucial in providing more housing and additional funding for the agency, which in turn should improve the system’s performance and rider experience.

The MARTA board’s actions this week advance pre-development work on TODs at opposite ends of the east-west line: H.E. Holmes and Indian Creek stations.

It continues a groundswell of TOD activity along the Blue/Green Lines, where the Marchon mixed-use complex recently opened at King Memorial station, the Quill apartments are coming online at Edgewood/Candler Park station, and an affordable-housing project is slated to break ground this fall at Avondale Station.

At the westernmost point of the Blue Line, MARTA’s board this week awarded a master-planning contract to the HKS architecture firm for the H.E. Holmes station.

Located near the junction of Interstate 20 and I-285, the transit station has 22 acres available for development, according to MARTA. For context, that’s roughly the size of Centennial Olympic Park.

Earlier this year, MARTA issued a request for proposals from developers for a TOD around its Bankhead station, the last stop on the Green Line.

The five and ½ acres in question are at the doorstep of Microsoft’s planned 90-acre Atlanta campus, which is expected to break ground sometime next year. MARTA officials in January promised a “robust community engagement process” before redevelopment of land around Bankhead station moves forward. 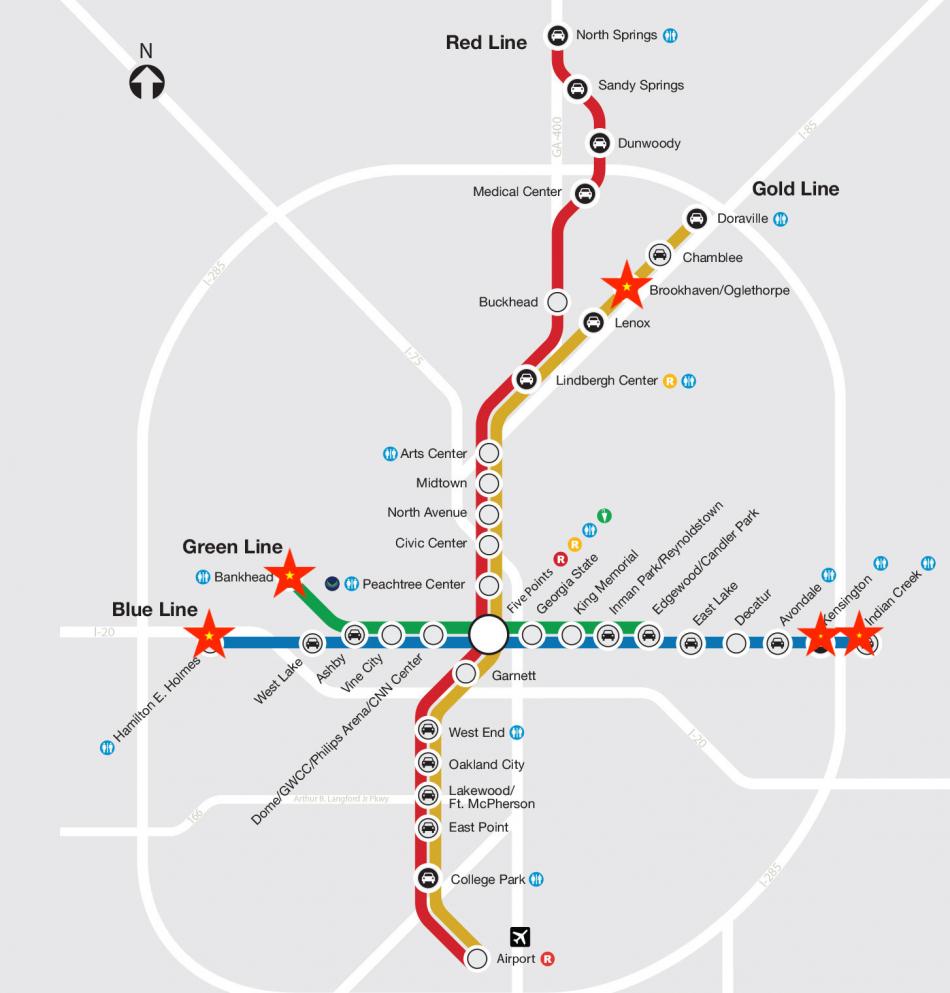 Five years ago, MARTA pulled out of $200-million plans to redevelop Brookhaven’s MARTA parking lots into 15 acres of TOD with a Krog Street Market-style food hall, following pushback from community groups and some city officials. Now, the City of Brookhaven has finalized a deal with MARTA to develop a new city hall on portions of those parking lots along Peachtree Road, joining only a handful of city halls around the U.S. with direct rail-transit access, according to MARTA.

In announcing the MARTA deal, Brookhaven District 3 councilmember Madeleine Simmons predicted the development will “inspire future transit-oriented development around Brookhaven and improve pedestrian and cyclist connectivity all around.” 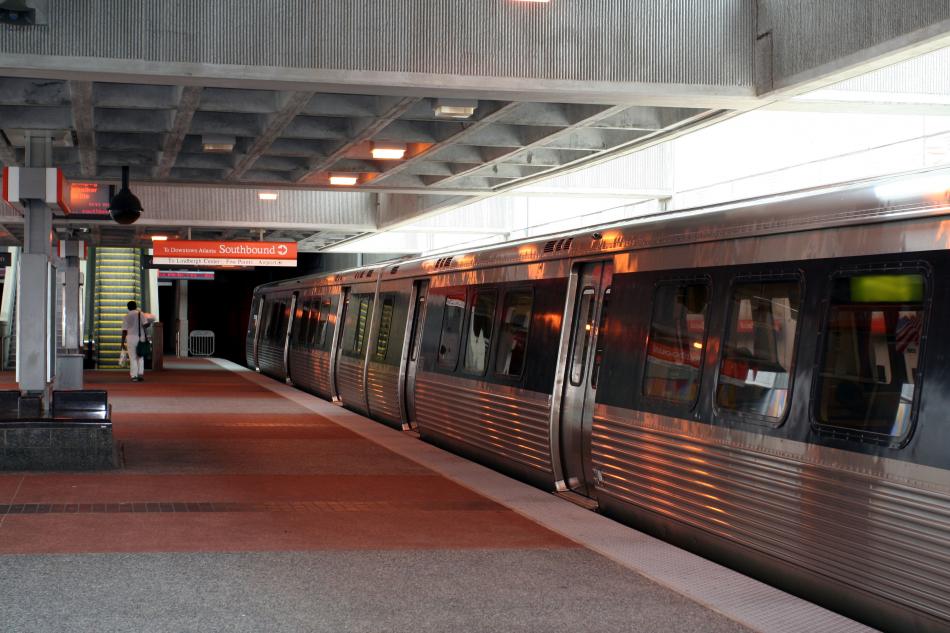 MARTA has entered into a partnership with the Housing Authority of DeKalb County to develop a 250-unit affordable community at Kensington Station, located just Inside the Perimeter in Decatur. MARTA’s board previously approved the TOD plans there.

Another 244-unit project broke ground near the station last summer.

At the eastern end of the Blue Line in Stone Mountain, MARTA’s board awarded a master-planning contract for a TOD project to engineering firm WSP this week.

As with the company picked to plan H.E. Holmes station development, MARTA officials say WSP brings a team “with a depth of experience in both planning and community engagement.” More that 50 acres is expected to be developed there. MARTA’s board also gave the go-ahead to issue a request for proposals at Indian Creek this week.

“Development at and around these rail stations presents a significant opportunity to benefit the surrounding communities,” said Collie Greenwood, MARTA’s interim general manager and CEO, in a prepared statement, “while allowing for an increase in ridership and a better overall experience for our customers.”

The next step calls for MARTA and its consultants to complete master-planning and rezoning at each end-of-the-line station and then issue RFPs to the development community, officials said.