Well-known examples of older buildings converted to apartments are found across Atlanta—from Little Five Points’ Bass Lofts, Ponce City Market’s Flats, and numerous places across Castleberry Hill, to Adair Park’s new Academy Lofts. But traditional wisdom has been that ATL lags other cities when it comes to being creative with existing structures and producing more housing.

A new analysis by RentCafe puts the situation in black and white.

Despite being at the forefront of urban growth in the U.S., and the leader in overall apartment construction around cities’ commercial cores since the Great Recession, Atlanta fails to even sniff the Top 10 in RentCafe’s annual Adaptive Reuse Report.

Using Yardi Matrix data, analysts with the online apartment database determined that adaptive-reuse apartments are increasing faster than new rentals across the U.S.—spiking by 25 percent over the past two years, compared to pre-pandemic levels. Right now, a record 77,000 apartments are in the conversion pipeline.

But in Atlanta, between 2020 and 2021, just 382 new rentals came online in buildings that had formerly functioned as something else, the study found. (More than half of those were in the aforementioned Adair Park project and Centennial Yards South, the first finished component at the $5-billion megaproject remaking downtown’s Gulch.) 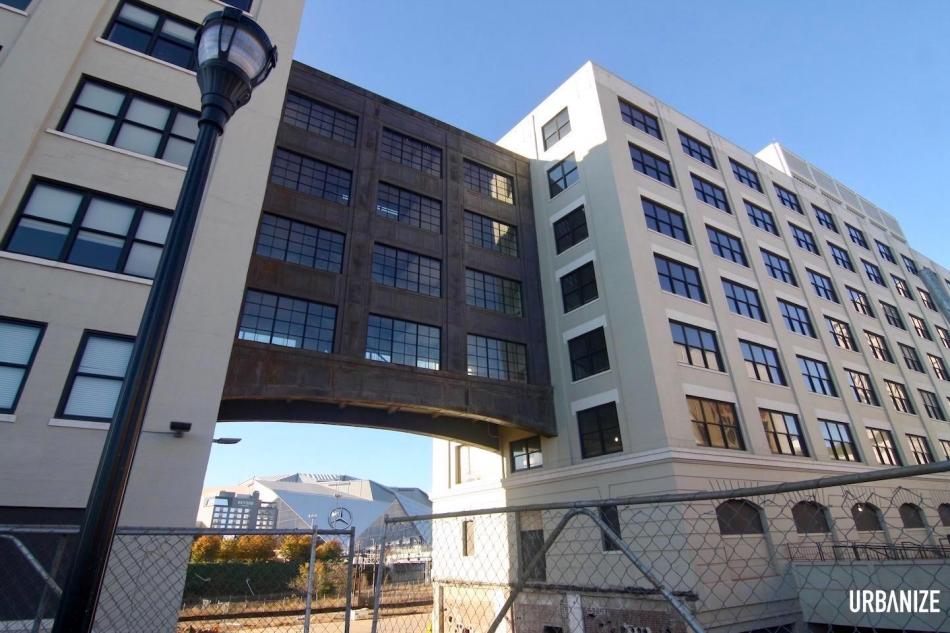 Opened last year, the Centennial Yards South apartments (at left) were once offices occupied by Norfolk Southern employees. They're a rare example of a downtown adaptive-reuse conversion to housing. Josh Green/Urbanize Atlanta

Granted, the argument could be made those are cities with larger stocks of older buildings (read: less bulldozer-happy in decades past) with which to craft new rentals.

But in the same time period, according to the analysis, Richmond, Va., produced twice as many adaptive-reuse rentals (797) as Atlanta. Greenville, S.C., Kansas City, and Salt Lake City, respectively, also ate Atlanta’s lunch.

The analysis points to three former office buildings and “an old hotel” that are “currently undergoing transformation in the Big Peach” to bring a combined 670 new rental options to the market, starting next year.

Specific buildings weren’t named, but we’re guessing Poncey-Highland’s Highland Inn conversion (as opposed to Summerhill’s Ramada redo) is in that mix, along with the 2 Peachtree tower recently acquired by the city. (The 100 Edgewood building near Hurt Park sold a few months ago, and plans for its possible conversion to rentals aren’t set in stone, we’ve been told.) 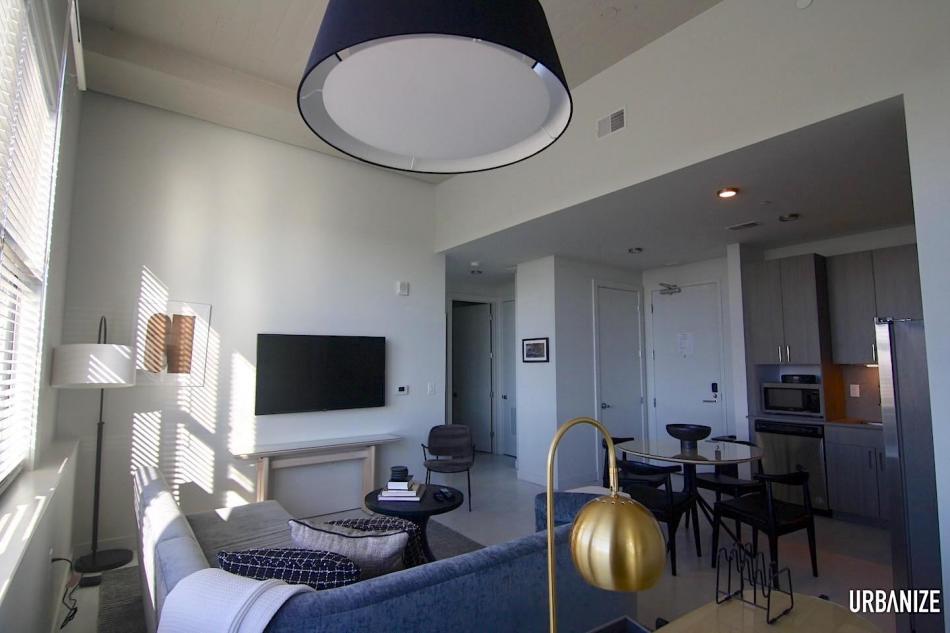 Inside a typical unit at Centennial Yards South on a floor where railroad company workers once toiled. Josh Green/Urbanize Atlanta

Across Georgia, RentCafe analysts found that a “boom” in adaptive-reuse construction is on the horizon, with Atlanta leading the way, followed by Peachtree Corners and Augusta, for a total of 1,500 apartments. But is that remotely enough?