Another injection of housing options in downtown Atlanta is coming by way of an office building makeover, instead of another new apartment tower, according to recent filings with the city.

Formerly known as the United Way building, the 1960s tower at 100 Edgewood Avenue will be converted to 268 market-rate apartments by its Florida-based owner, Parkway Properties, according to a Special Administrative Permit application.

The 18-story building stands where Edgewood and Peachtree Center avenues meet, overlooking a segment of the Atlanta Streetcar line and historic Hurt Park, which is undergoing renovations.

The building had housed offices since its mid-1960s beginnings, but a plan was hatched several years ago to convert it to student housing for nearby Georgia State University. That changed when Parkway bought the property from the Atlanta Development Authority for $17.6 million in 2019. 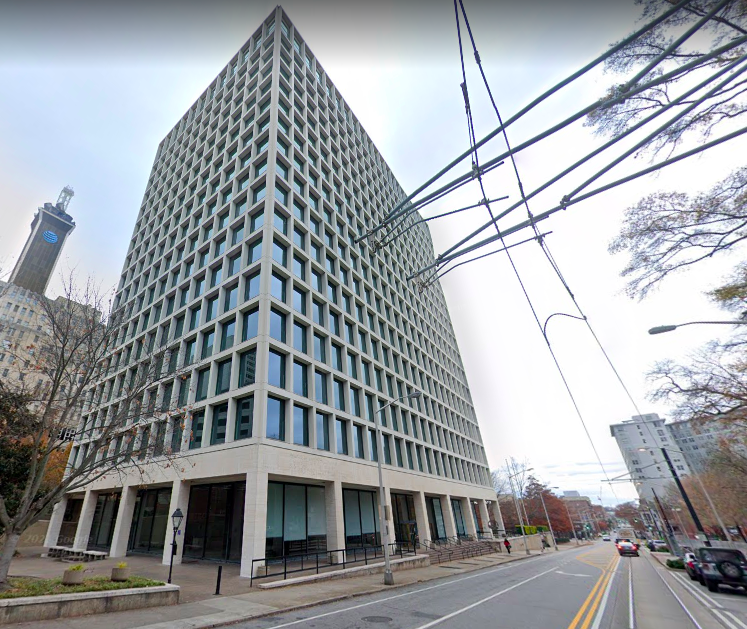 The 100 Edgewood building in December, with downtown's Hurt Park at right. Google Maps

Parkway’s initial plans called for finishing the office renovation in 2021.

The recent filings indicate 100 Edgewood’s next lease on life will again change course, but will add no new parking. Instead, an existing parking agreement will provide no fewer than 450 spaces for future residents at a deck located just north of the tower, linked to the apartment building beneath a new canopy.

Whether the apartments will cater to students or the general public isn’t clear. Parkway leasing and management reps for 100 Edgewood haven’t returned inquiries regarding the project’s status. 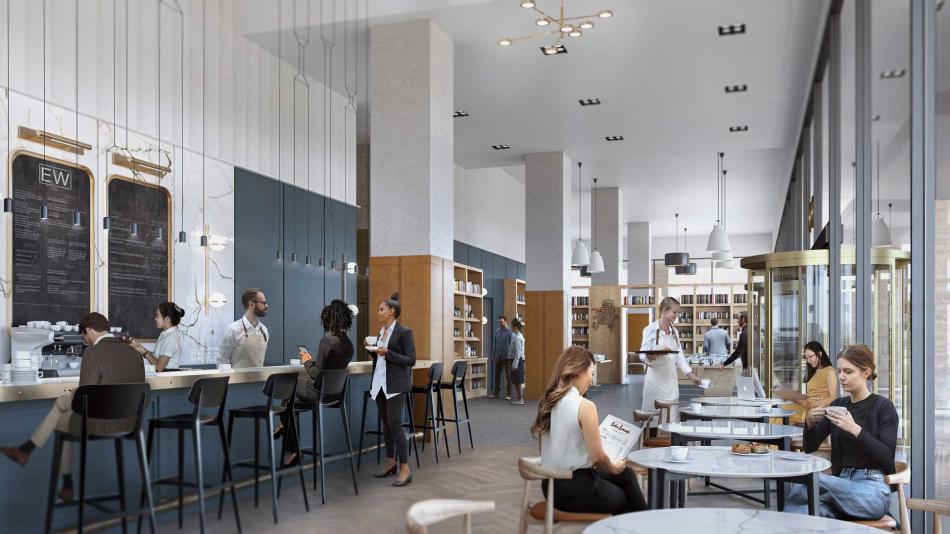 According to the SAP paperwork, levels two through 17 will be converted to apartments ranging from studios up to three-bedrooms. Projected rent rates aren’t specified, and no affordable housing component is mentioned.

A section of the 17th story would include an amenity clubroom. Meanwhile, the basement portion would see more amenities such as a dog run, plus coworking space, and retail spaces, per Parkway’s plans.

A pool and amenity deck are planned for a plaza on the western side of the building, behind a proposed privacy fence. 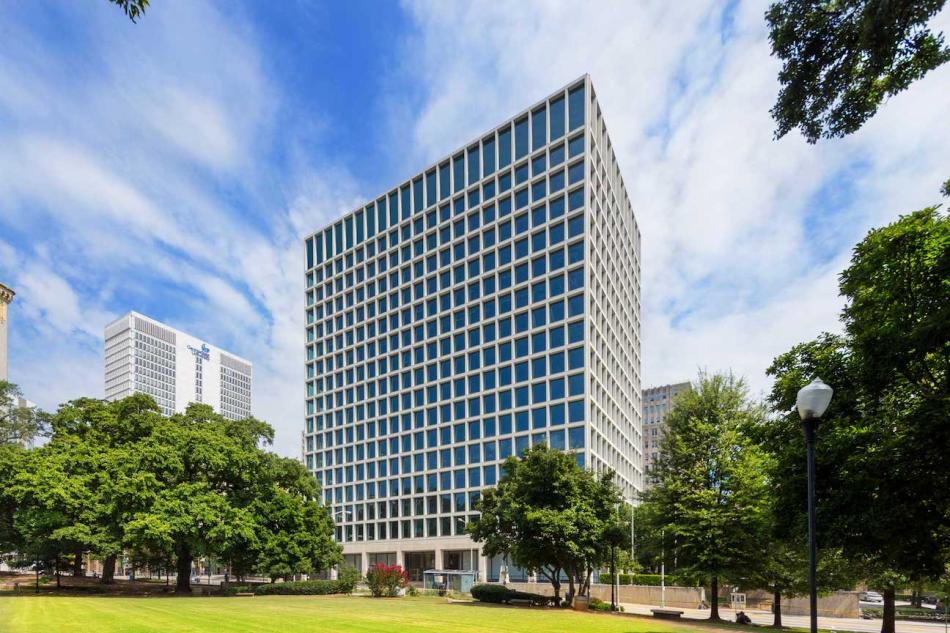 Adaptive-reuse of older office buildings in the eastern blocks of downtown isn’t unprecedented.

In 2015, for instance, Krog Street Market developer Paces Properties completed the conversion of a dated, 20-story office building from 1975 into an upscale loft-apartment community called The Office.