For the first time in modern history, Atlanta lays claim to the largest metropolitan area in the Southeastern United States, according to new U.S. Census population estimates.

Metro Atlanta’s population surged amid pandemic-induced disruptions of 2021, while the Greater Miami Area’s fell, bumping Georgia’s capital into the highest ranking its ever had among U.S. metros, per data released Thursday.

The somber national headline from the U.S. Census Bureau’s 2021 findings is that 73 percent of U.S. counties experienced “natural decrease” last year—a decline in population attributed to more deaths than births. That was up dramatically from 2019, when 45 percent of counties logged natural decrease.

In metro Atlanta’s case, the population tally continued to trend up.

As several large metros declined for the first time in decades, metro Atlanta packed on 42,904 new residents—the sixth largest gain of any city in 2021, per the Census tally. The official estimate now: 6,144,050 residents. 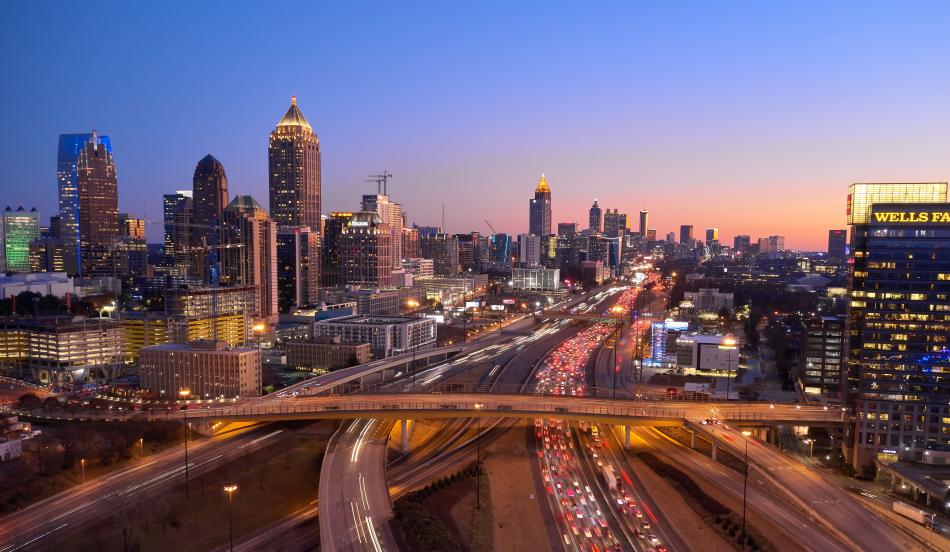 Midtown and downtown Atlanta in 2020. Shutterstock

That means metro Atlanta has risen to the eighth largest metro in the U.S.—and now the largest in the Southeast.

In terms of counties, most across the U.S. (almost 66 percent) logged positive domestic migration overall in 2021, led by Maricopa County in Arizona, which gained nearly 47,000 residents.

On the flipside, counties with the biggest net migration loss were the nation’s most populous, Los Angeles County (-179,757 residents), followed by New York County (-113,642), covering the densest part of the country’s largest city. 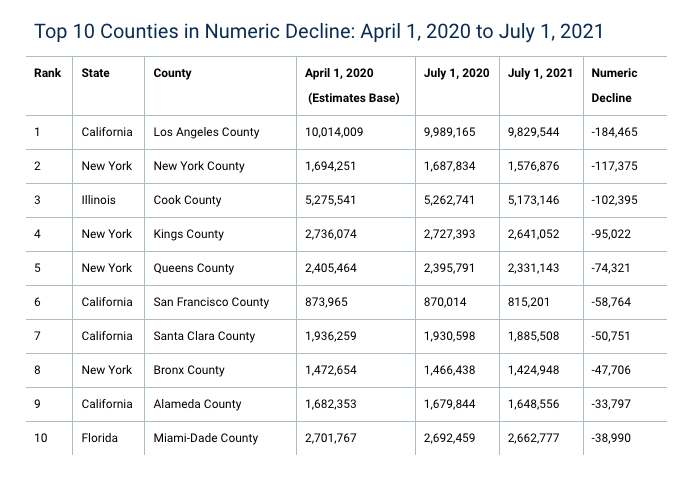 Census officials noted that metro areas with significant numeric population declines between 2020 and 2021 were San Francisco-Oakland-Berkeley (-116,385) and Chicago-Naperville-Elgin (-91,671).

In terms of numeric growth, eight of the top 10 metro areas were in the Southeast or Texas in 2021. 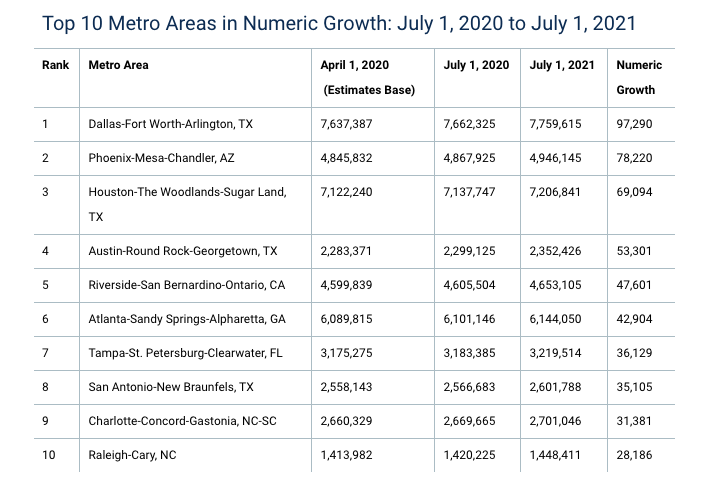 An analysis by JLL, a Chicago-based real estate and investment services firm, recently showed the ATL metro had netted more new residents (443,000) between 2015 and 2020 than all but two others in the U.S., Dallas and Houston, respectively.