The rumors of Highland Inn’s death by development, it turns out, were greatly exaggerated.

McLoughlin and business partner Michael Garber bought the circa-1927 lodge, about 30,000 square feet of adjacent retail space, and a neighboring parking lot in early 2021. They expect to file for permits in coming days for a $15-million total investment they envision as less redevelopment and more refresh of the protected property's inimitable attributes.

“We got lucky in finding this and doing the [hotel] concept we’ve been trying to find intown,” says McLoughlin, whose portfolio of adaptive-reuse in Atlanta spans from Cascade to Summerhill and Old Fourth Ward. “We’re excited. The stars sort of aligned.” 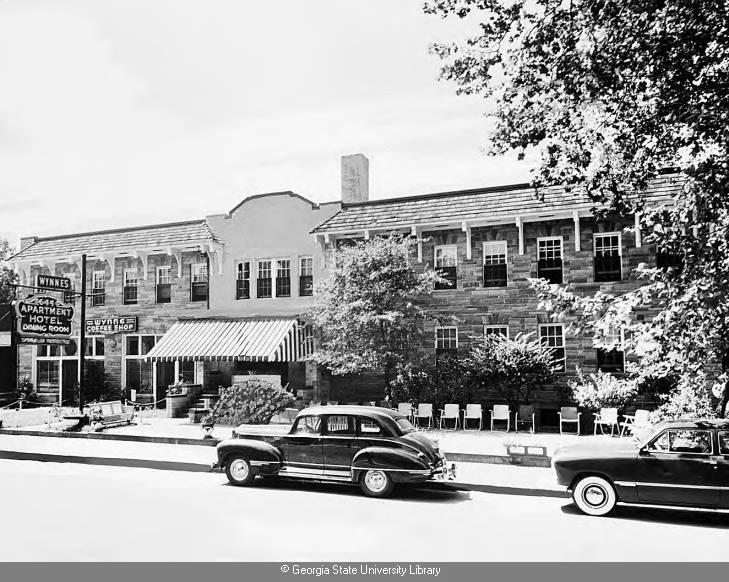 Canvas has moved its offices on site, where they expect the revived hotel—with far fewer than its current 130 rooms, and a more flexible model for rooming there—to open in the first half of 2023. “I’m personally super excited to see good things happen at this historic property, which means a lot to the neighborhood,” Lisa Malaney, former Poncey-Highland Neighborhood Association land use and planning chair, wrote in an email to Urbanize Atlanta. “It’s in good hands.”

On the eve of the Highland Inn’s conversion, we caught up with McLaughlin to hear where the project stands, and how the property’s future should embrace the past.

Urbanize Atlanta: When’s the last time the Highland Inn functioned as a hotel?

Ben McLoughlin: It was open right before we closed [on the purchase] in January 2021—but very, very scaled back in terms of operations. There were maybe 30 rooms that were operational, and maybe half of those were actually rented. 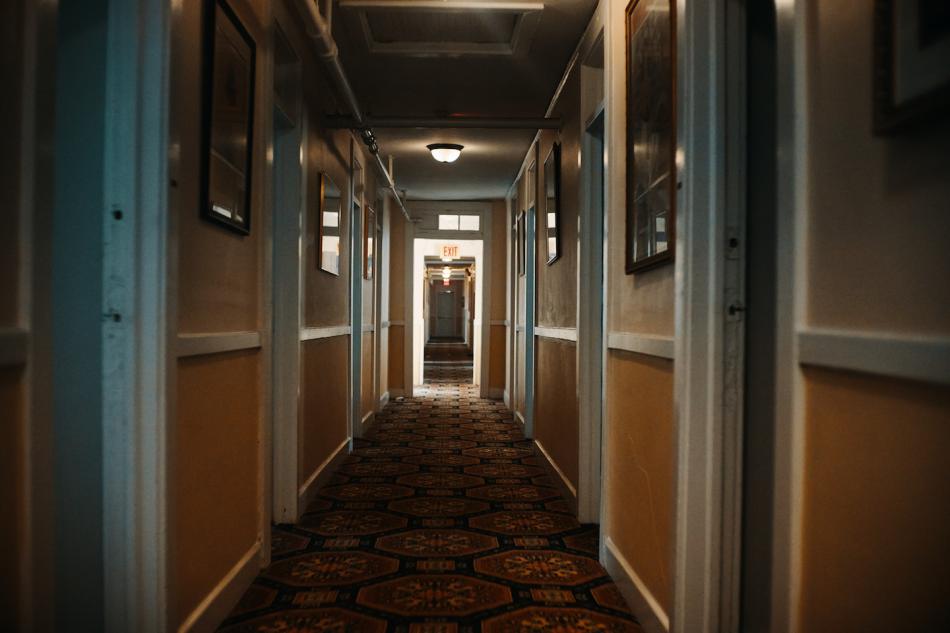 Anything special about the hotel rooms you’re planning?

It’s not going to be like a traditional hotel. The original building was built as Wynn’s Apartment Hotel. Kind of playing on that, we’re going to open Otto’s Apartment Hotel, and it will be sort of a flexible living concept. It’ll be built as studio and one-bedroom apartments with kitchens and dedicated bathrooms; but we’ll cater to someone who wants to stay here nightly, or three to six months, furnished or unfurnished. It will be a combo apartment-hotel in that it will look, feel, and have the energy of a hotel, but it can function like an apartment for those that want that.

This flexible-stay model is getting more popular all over town.

It was already happening, and COVID just sort of accelerated it. It made sense when we were walking the property and figuring out what the neighborhood wants and needs. I think we can deliver a fantastic product that’s super unique at a very reasonable price point.

Do you have a ballpark idea on what you’ll be charging to stay, or rent?

What about the range of room sizes?

I would say on average, they’ll be 400 square feet. So big for a hotel, and on the smaller end for an apartment. There will be somewhere around 70 rooms total. 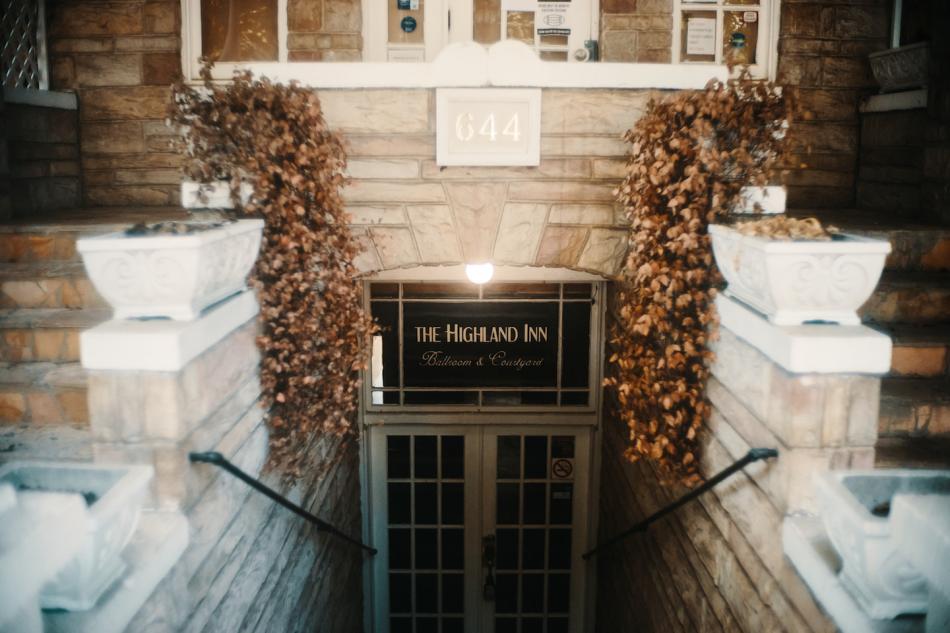 A portal to the scene of much late-night revelry for Atlantans. Scott Lowden Photography; courtesy Canvas Companies

So does that entail a pretty major reconfiguration—at least with the hotel portion?

Yes and no. The way the building’s built, it actually lends itself really well to reconfiguring, in terms of what’s load-bearing, what’s not. And units have already been reconfigured. It’s kind of maximizing what’s here, to have as minimal construction as possible. The goal is to maintain as much of the integrity of the building as we can. Because at a certain point, when you strip something to the studs, it’s all new, and there’s no soul to it. For us, what makes the property so interesting and unique is the character and the charm. So less is more, in this case.

I know with that particular property, there was a lot of paranoia about it possibly being torn down a couple of years ago. Preservation concerns are justifiably pretty huge. Are there special hoops you’ll have to jump through to pull it off right?

No, actually the new Poncey-Highland Historic District, I actually think it’s super reasonable. It’s not particularly crazy, and I think anytime there’s added layers of protection—especially in Atlanta—it’s a good thing. With how the city has been keen on demoing buildings and not preserving history, I’m all for it. If other intown neighborhoods adopted something similar, I don’t think it would be a bad thing, and I don’t think it would hamper development at all.

What can people expect beyond the hotel? And what about the existing retail just south of the inn?

All of the existing retail is staying. The restaurant space connected to the inn is still vacant; it’ll be reopening as part of the larger renovation of the inn. We don’t have a concept yet. It’ll be something very specific to the neighborhood, something that’ll be open all day. So you can grab a cup of coffee, or a light bite for breakfast, stay and do some work in the day, and then it’ll be open to grab a drink at the end of the day. The ballroom space will be more focused on nighttime. So there may be a portion of it open to the public more regularly as just a little cocktail bar, along with a larger event space. 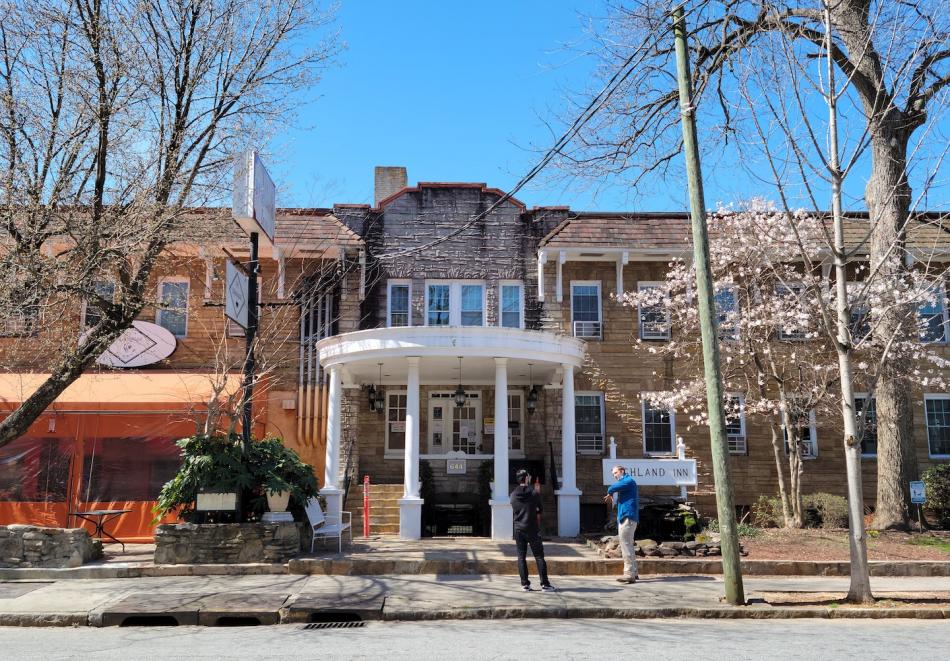 Permitting can be a gauntlet, but any idea when you hope to really begin?

In the next two months, I hope we’ll be able to start demo.

Any ballpark on an ETA?

We’d wanted to use the original name, Wynne’s Apartment Hotel, but were concerned about being tied to the Wynn hotel brand. In a brainstorming session, someone came up with the name “Otto’s”. It just so happens that our original architect’s father-in-law was named Otto. He shared some of Otto’s stories with us, an Austrian immigrant who served in the ski patrol during World War II. It became clear that the building and Otto were kindred spirits, capturing the collective conscious of America from the time the building was built and thrived, and the character and charm of the actual building. Hence the name. 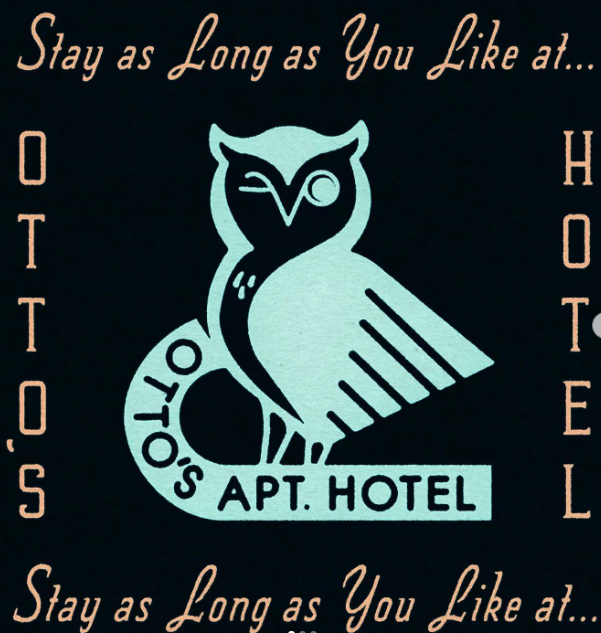 What’s this property mean to people?

I know a bunch of people loved Carpe Diem when it was in the restaurant here. A bunch of people have loved different iterations of the ballroom. We’re just trying to make sure we’re opening everything so that all that’s happening [again] at once, in a cohesive way. That seems to be the biggest takeaway when we start at a granular, neighborhood level and just start asking people their thoughts, and any connection they have to the property. The ballroom, I think, was the biggest connection that most people shared with us.

Will it change much, from the street?

We’re not doing anything crazy to the exterior of the building. That was the main point we shared initially: Look, we’re not here to demolish the building or alter anything on the exterior footprint—just to take what’s here basically, and make it better. Make it a public space and try to take what’s already been here for a million years, revitalize it a little bit, and open it up to the public more. People have such a strong connection to the property—whether it’s the hotel building or the commercial spaces next door—and we’re just trying to make that better.