A flurry of development in Gwinnett County’s largest city includes a mixed-use proposal that aims to make a technology park more livable and dynamic.

Located in Peachtree Corners, a Gwinnett suburb of roughly 43,000 residents east of Dunwoody, the 2 Sun Court property includes a four-story, 98,000-square-foot office building surrounded by a moat of parking—for now.

2 Sun Court is situated off Peachtree Parkway, a mile from The Forum shopping district, which North American Properties has acquired with plans of creating a denser, more walkable mixed-use community. It’s part of Technology Park Atlanta, described in marketing materials as a “renowned master-planned community at the forefront of technological innovation.” 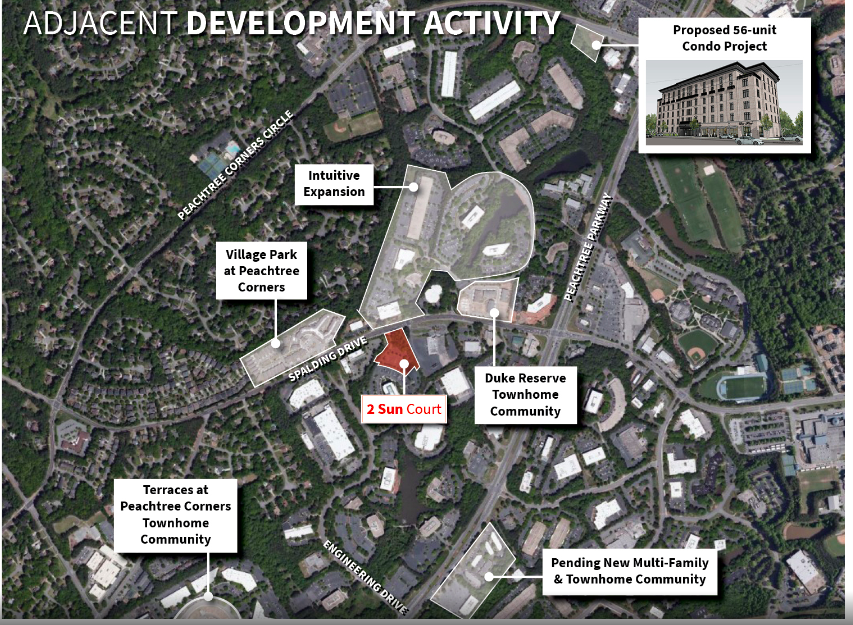 A 2 Sun Court site overview, within the context of Peachtree Corners growth. JLL/LoopNet

The new building proposal, located near the corner of Spalding Drive and Engineering Drive, seeks to rezone 9.7 acres from light industrial to a classification allowing for mixed-use development. It’s being put together by a foreign limited partnership based in North Carolina and would bring 170 apartments, ground-floor retail, and an extension to multi-use public trails in the tech park, according to Peachtree Corners Magazine.

The existing office building on site will also be considered part of the property, and the apartments and retail would claim underused or wooded sites around the perimeter. The adjacent International Charter Academy of Georgia wouldn’t be impacted.

Late last month, the mixed-use proposal gained approval from both the Peachtree Corners Planning Commission and City Council, pending a handful of conditions, the magazine reported. 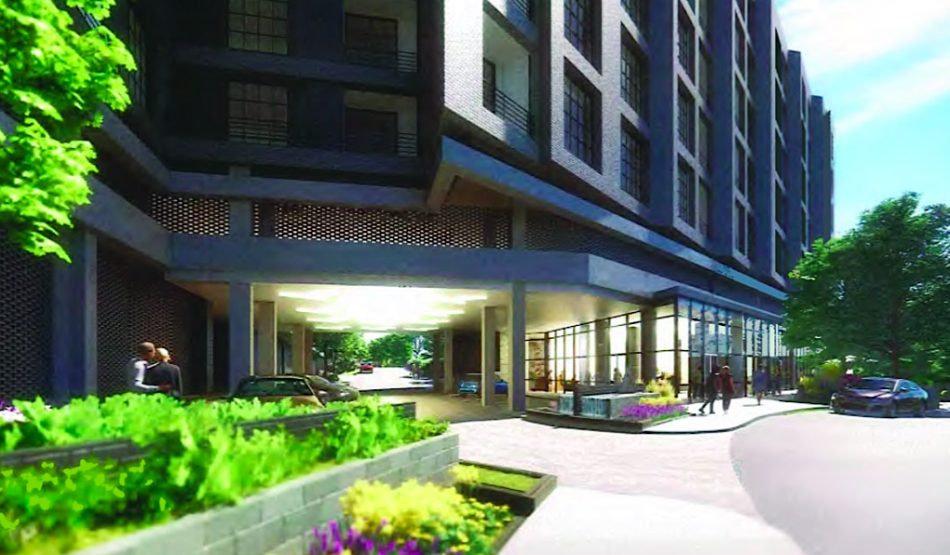 The planning commission is requiring the 2 Sun Court office building to be left as offices in its current configuration—and that about 5,000 square feet of retail or restaurant uses, at minimum, be placed at the base of the new apartment building. The commission will also require developers to complete their portion of the multi-use trail before a Certificate of Occupancy will be issued, a necessary step in allowing the new building to be occupied by renters.

The city council, meanwhile, is requiring developers to pay 50 percent of the base cost of a nearby pedestrian crossing for the multi-use path within 30 days of a land disturbance permit being issued.

Head to the gallery above for more context and a look at what’s planned in this growing pocket of southwestern Gwinnett.