A midyear report by global real estate brokerage firm Colliers on the state of Atlanta’s core office submarkets tells a tale of what sounds like three different cities.

Buckhead continues to slide into negative territory, downtown is on shaky ground, but Midtown is comparatively on a roll, establishing itself as “the shining star of last quarter,” as one Colliers rep put it in an email.

On the bright side, Colliers’ Q2 2022 Atlanta Office Market Report—a temperature check on vacancy, rental rates, construction, absorption, and investment activity in the Southeast’s largest metro—noted encouraging signs for each of the city’s three main subdistricts, especially as relates to building sales. The metro’s unemployment rate also stands at a low 2.37 percent.

First the bad news—for anyone, that is, who appreciates vibrant cities operating at optimal health.

Office occupancy in Buckhead has declined for the third quarter in a row—and the submarket's office space as a whole is now more than 21 percent vacant, according to Colliers’ findings.

The result is that rental rates in Buckhead have slipped back to levels similar to the second quarter of 2021—$36.92 per square foot.

The silver lining in Buckhead, as Colliers officials noted, is full building sales that have pushed up prices per square foot and sales volumes. Recently sold office buildings 1025 Lenox Park and the recognizable Pinnacle tower near Phipps Plaza are two examples. 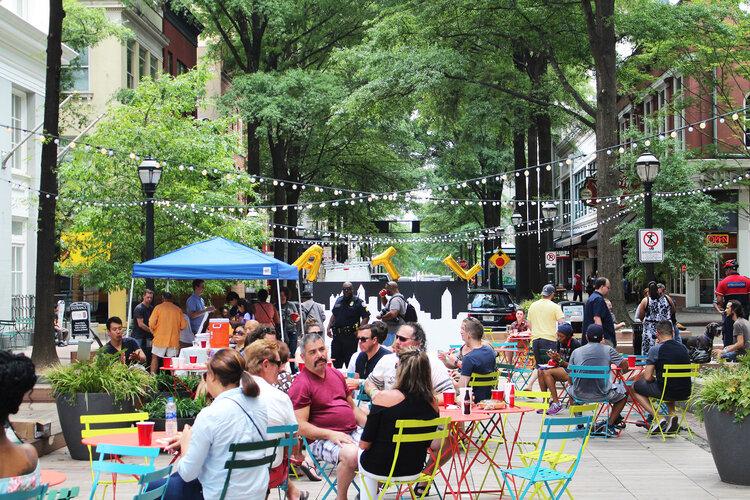 Downtown Atlanta, meanwhile, slipped in recent months from what was considered a first quarter with momentum.

Atlanta’s oldest subdistrict went back to negative territory in the second quarter (-44,000 square feet of absorption) and saw a slight dip in vacancy of 10 basis points (fractions of a percent, that is) but was able to remain steady year-over-year, according to Colliers.

Class A rental rates downtown have nonetheless increased by more than 9 percent to $30.91 square feet from the first quarter of 2022, and Colliers notes that developer interest (see: Centennial Yards, Underground Atlanta, and Hotel Row as three examples) in downtown continues to create a “bright spot” on what’s been a “lackluster” year so far.

Heading up to Midtown, which has been a nesting place for multiple construction cranes at once over much of the past decade, the first half of 2022 has seen 693,000 square feet of office space absorbed—an amount described by Colliers as “immense” and “impressive.” Midtown’s vacancy rate also dropped in the second quarter 190 basis points to 17.6 percent. 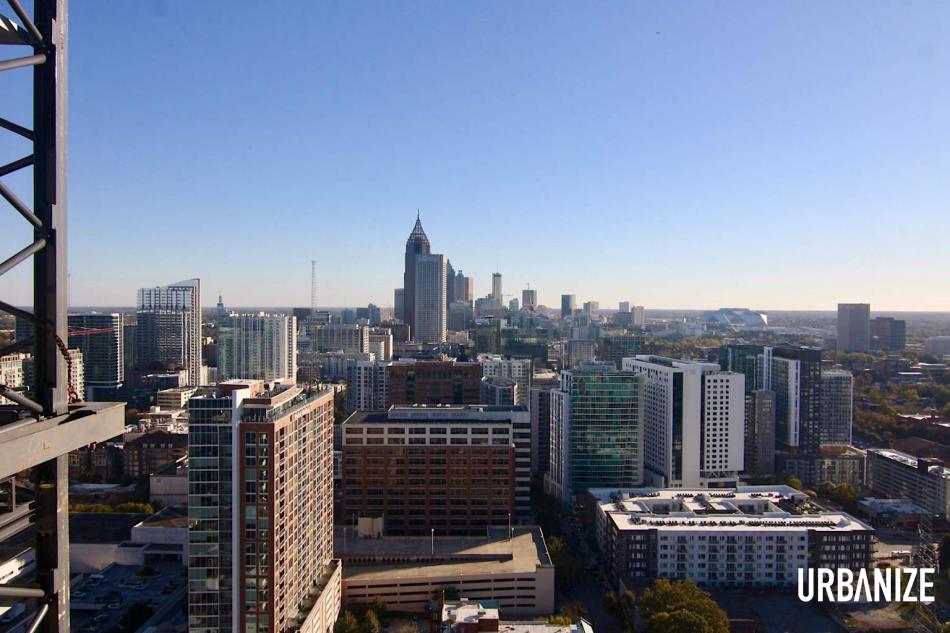 South views to downtown from 1105 West Peachtree's top floor, as seen during a tour in late 2020. Google officials asked for ceilings to climb about 18 feet—the better for hosting events and capturing panoramic views around metro Atlanta. Josh Green/Urbanize Atlanta

The elephant in the room of Midtown’s 2022 success, of course, is Google, which is claiming 396,000 square feet of office space at Selig Development 1105 West Peachtree tower. Midsize move-in by companies like MacDermid Graphic Solutions and Outreach Corporation have also recently helped Midtown’s office outlook, Colliers found.

On the sales front, Midtown logged the city’s second highest office transaction this year, on a price-per-square-foot basis, with the sale of Atlantic Yards, the new home of Microsoft at Atlantic Station’s eastern edge. 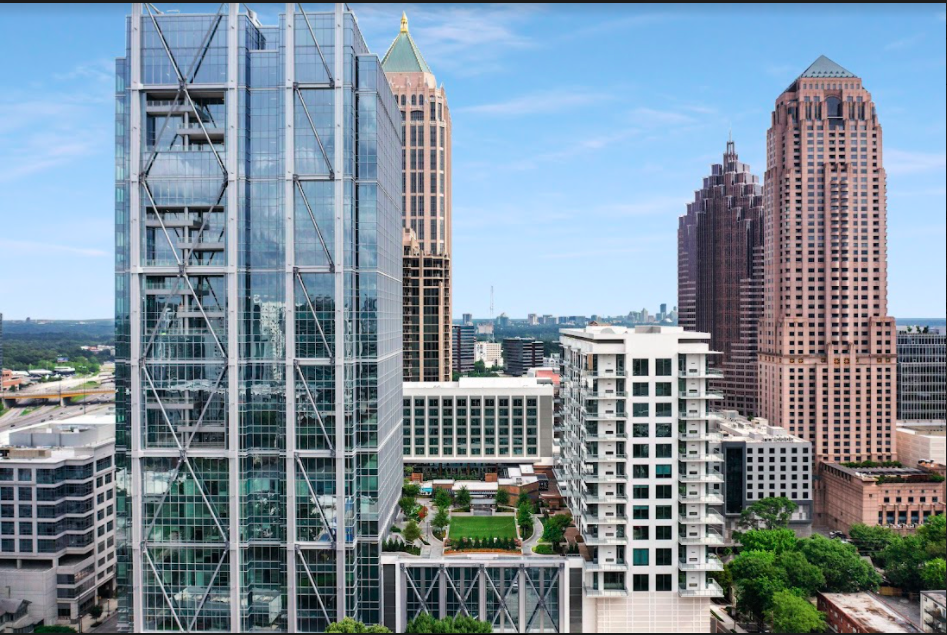 On a broader scale, rising interest rates, cap rates, and inflation have slowed investment activity in Atlanta, but overall office vacancy rates continue to dip while prices per square foot are trending up, according to Colliers.

“Total vacant space is dropping due to Atlanta’s Class A ‘flight to quality’ movement,” officials noted.