Buckhead’s next residential tower is planned for an empty plot of land tucked between Peachtree Road high-rises, about a block from Lenox Square mall.

Miami-based Related Group, one of the country’s largest multifamily developers, is moving forward with plans to build a 32-story project with a more restrained, classical bent called “Uber Icon.”

It would stand next to another Related property in the Peachtree Road corridor, the 35-story Icon Buckhead apartments, which opened in 2019 as Buckhead's tallest new building in a decade.

According to plans recently filed with the Buckhead Development Review Committee, the Rule Joy Trammell + Rubio-designed Uber Icon tower would bring 209 luxury apartments to a site at 3372 Peachtree Road. 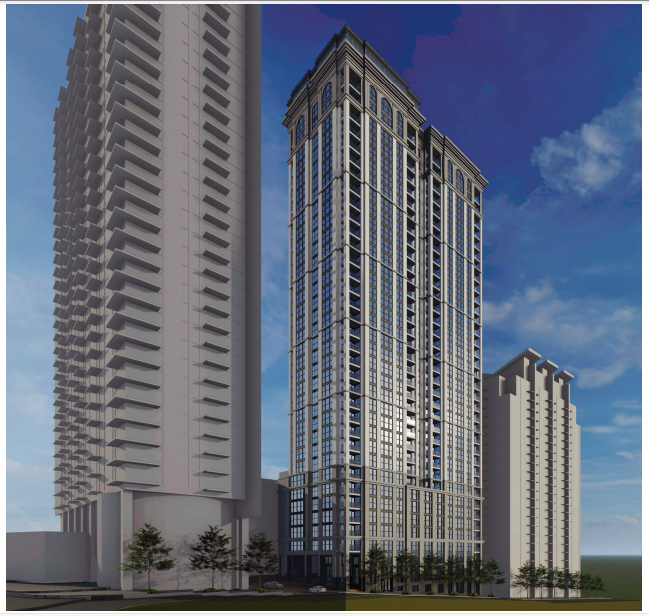 The Stratford Road facade off Peachtree Road. This side of the building will face the upscale Waldorf Astoria Atlanta Buckhead hotel and condos. Related Group; designs, Rule Joy Trammell + Rubio

The building’s Stratford Road façade would face the upscale Waldorf Astoria Atlanta Buckhead residential and hotel tower, and its upper floors would overlook the 26-story Skyhouse Buckhead apartments just to the north.

MARTA's Buckhead station is located just across Ga. Highway 400, linked to the site via a pedestrian bridge and side streets.

The land in question for the second Icon phase in Buckhead falls under a Special Administrative Permit that was approved more than six years ago, meaning no variances would be required, per the filing.

The building would total 350,000 rentable square feet. A 392-space parking deck would connect with an existing deck built for Icon Buckhead in phase one. 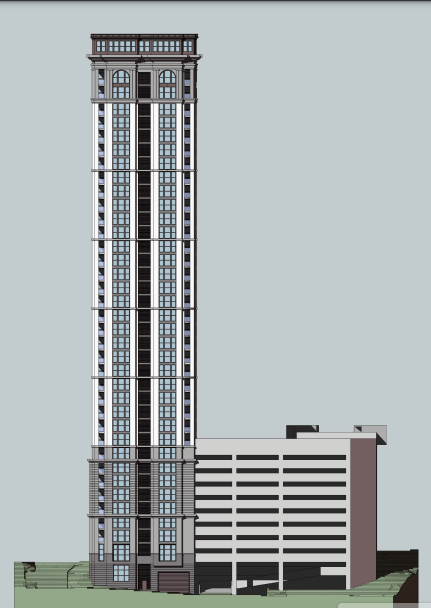 It joins a flurry of residential towers that have added considerable height to the Peachtree Road corridor in recent years, with others including The Dillon condos and a 20-story apartment proposal behind Restoration Hardware in the works.

The Uber Icon project was scheduled to be reviewed at a virtual Buckhead DRC meeting on Wednesday that was cancelled this week. No explanation for the cancellation was provided with a notification.

Head to the gallery above for more context and perspectives as relates to Related’s plans.