Underground Atlanta’s ownership has inked the oldest craft brewery in Georgia to a deal they hope will springboard the downtown district back to life while activating a building that’s been vacant for decades.

Lalani Ventures officials revealed today that Atlanta Brewing Company will relocate from its longtime home in an industrial park northwest of Midtown to the former Atlanta Visitors Center on Upper Alabama Street.

Located just east of the New Year’s Eve Peach Drop location, the former visitors center once hosted historical exhibits and a theater welcoming people to Atlanta but has been vacant for about two decades, as Underground officials said during a tour of the property last year. Early schemes called for opening up the building as part of a larger arts and entertainment district on that side of the property. 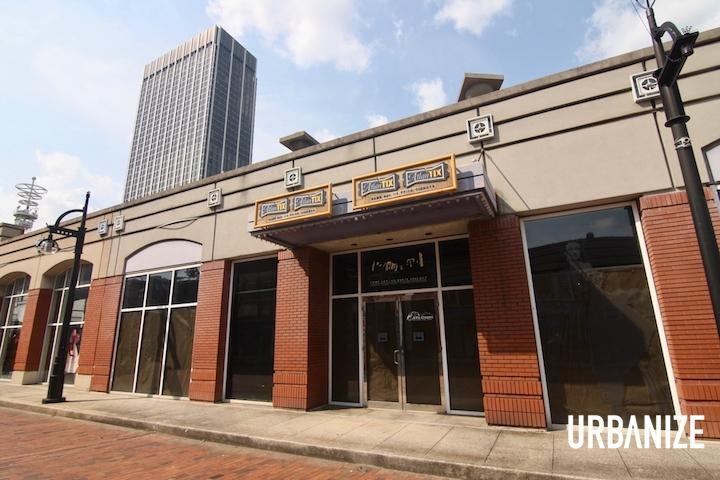 As discussed on a tour in August 2021, Underground leaders were working with the SHAPE architecture firm to redesign the dusty Atlanta Visitors Center, shuttered for decades, so that it opens up to pedestrian spaces. Josh Green/Urbanize Atlanta

The restaurant portion will operate under a “phantom” concept, meaning chefs offering signature items from brisket to empanadas will rotate every two to four weeks. The restaurant and taproom will occupy one part of the building, while the brewery will lend peeks into the brewing and canning process in another, according to Lalani Ventures.

Atlanta Brewing Company originally opened in 1993 on Midtown’s Williams Street before uprooting to Defoor Hills Road in 2007, becoming a pioneer in what’s grown into a thriving brewery district. Its next iteration at Underground is expected to open sometime later this year.

“We wanted to operate in a place that’s creative and embraces Atlanta culture,” Alton Shields, the company’s president, CEO, and general manager said of the Underground move in a media release. “What better way to represent [the city] than to move to Underground Atlanta and help bring it back to life. We are going to make this a place where Atlantans experience their most delightful moments over great beer in the heart of the city.”

Mary Turner, Lalani Ventures’ leasing manager, added that Underground’s latest ownership is curating tenants that support a vision for making the beleaguered former nightlife mecca a center for arts, culture, and entertainment. “Partnering with brands like Atlanta Brewing Company not only enhances the guest experience at Underground,” said Turner, “but also re-engages downtown’s massive population of students and office workers who are craving great places to hang out.” 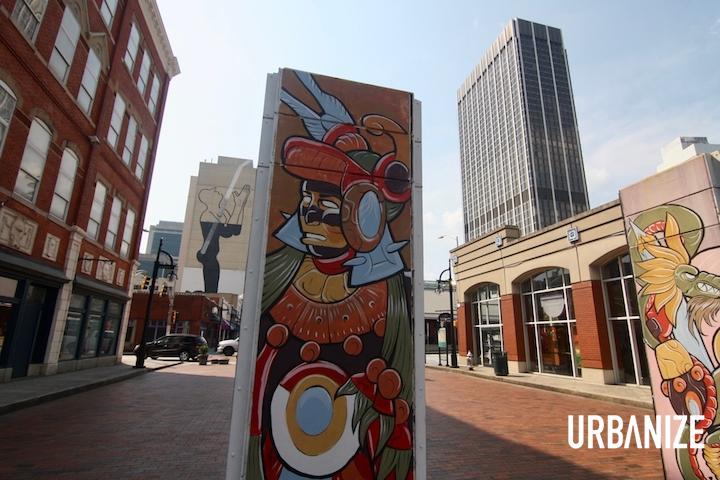 Where the taproom will meet Upper Alabama Street, as seen in 2021. Josh Green/Urbanize Atlanta

Lalani Ventures bought ailing Underground from South Carolina-based shopping center developer WRS in 2020, paying $31 million, or $4 million less than WRS had paid in 2017. A series of property upgrades, such as the reactivation of Underground’s fountains, and arts-focused events and installations have since come to fruition, alongside previously signed tenants The Masquerade, a longstanding Atlanta music venue, Future Showbar and Restaurant, a two-story LGBTQ haven, and other concepts.

Lalani Ventures CEO Shaneel Lalani says his team continues to meet with downtown neighborhood groups and institutions such as Georgia State University to gather feedback for the project’s masterplan.

“Our goal is to transform Underground Atlanta ahead of the 2026 World Cup,” Lalani said in today’s announcement, “and we look forward to sharing more details about our plans soon.” 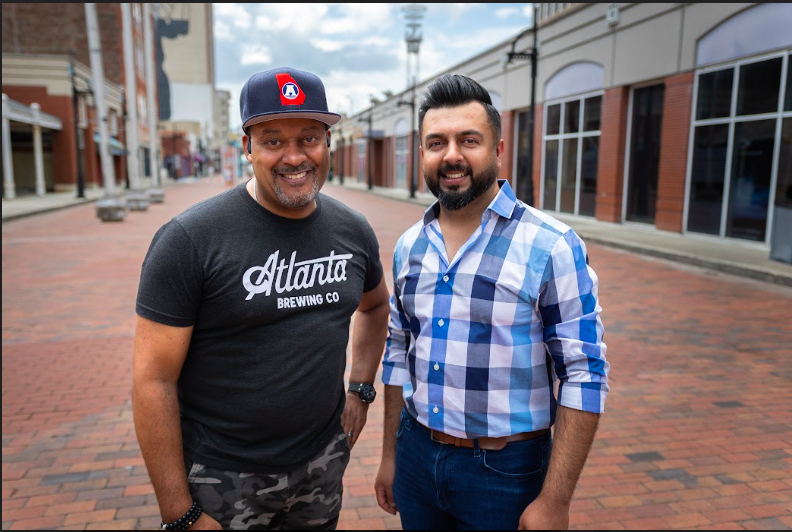 A recent photo of Shields, left, and Lalani near the future brewery space. Courtesy of Lalani Ventures