World Cup ’26 hoopla appears to be setting fires under developers behind some of downtown Atlanta’s most closely watched and transformative projects.

In as many days, heads of two development companies have publicly stated goals to convert long-underused properties around downtown’s oldest blocks into thriving districts in time for globally watched soccer matches planned across North America in four years.

Shaneel Lalani, CEO of Lalani Ventures, is aiming to “transform” Underground Atlanta in time for Atlanta's World Cup games, as he stated while announcing a new lynchpin tenant, Atlanta Brewing Company, this week.

Not to be outdone, Centennial Yards Company president Brian McGowan says his team is determined to have much of the planned mini-city erected in today’s Gulch in time for World Cup fanatics to celebrate before, during, and after games.

Centennial Yards—expected to encompass 8 million square feet of new development and cost upwards of $5 billion—will rise across the street from Mercedes-Benz Stadium, where World Cup matches will be held once the turf is swapped—albeit temporarily—for natural grass.

Centennial Yards officials have said the full project could take roughly a decade to finish, so a 2026 opening for the bulk of it would be a drastically accelerated timeline. 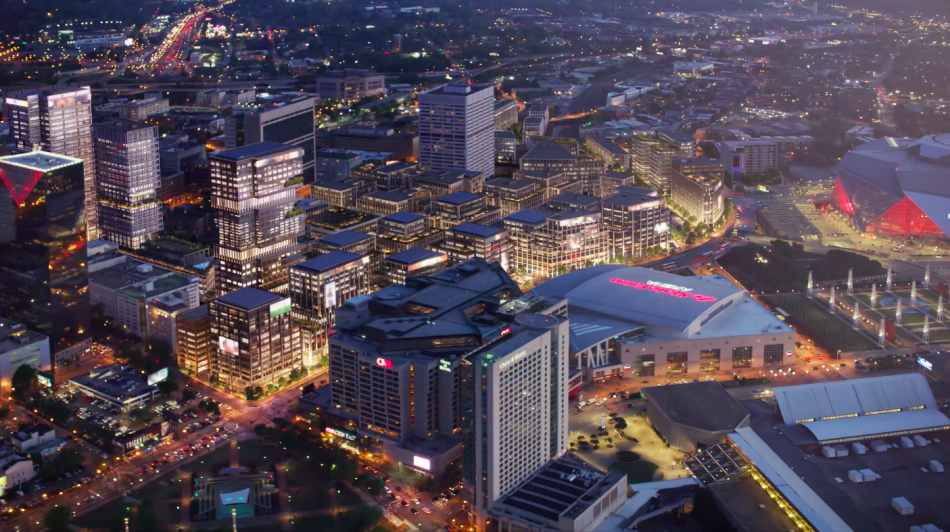 Overview of how the 8-million-square-foot Centennial Yards would replace the Gulch and create new streets outside Mercedes-Benz Stadium and State Farm Arena. DBOX for Centennial Yards

McGowan’s goal is to make the project “the center of gravity for the ultimate fan experience” in the span of four years, according to Centennial Yards reps.

“FIFA’s announcement is a moment of focus for the entire team with the 2026 World Cup as our new deadline,” said McGowan in an announcement provided to Urbanize Atlanta. “In order to meet that deadline, we will break ground on four buildings before the end of 2022.”

Project reps also distributed a new aerial video today, from the northwest perspective at dusk, that lends a fresh perspective on how Centennial Yards' streets and mix of buildings would relate to downtown stadiums. (See screenshots in the gallery above.) 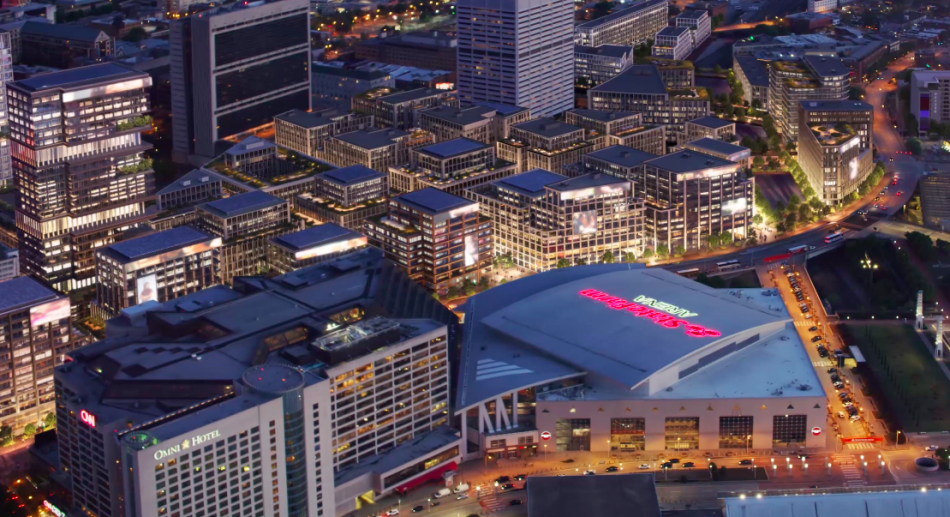 Two buildings—a hotel and apartment mid-rise—expected to break ground this year outside Mercedes-Benz Stadium are pictured at top right. DBOX for Centennial Yards

Centennial Yards and Underground aren’t the only projects with tall ambitions around downtown.

At the time, MARTA officials said construction to open up and modernize Five Points station would begin this year and finish in time for—you guessed it—the 2026 World Cup.