Atlantans with even the slightest passing interest know that Midtown has been the epicenter of the city’s gangbusters development scene for the better part of a decade. It’s helped to user in skyrocketing housing prices but replaced untold acres of underutilized buildings and parking lots, some of them not even paved.

We’ve made a concerted effort this month to catch up on Midtown’s breakneck evolution, with a particular focus on the Spring and West Peachtree street corridors. But we were lacking an aerial perspective to put it all in context—until now.

To help paint the picture in ways only drone photography can, a reader has kindly supplied the following aerial shots that illustrate how a whole section of the city is being transformed right before our eyes—with much more likely on the horizon. Strap in for a quick tour of these metamorphosizing Midtown blocks, and welcome aboard… 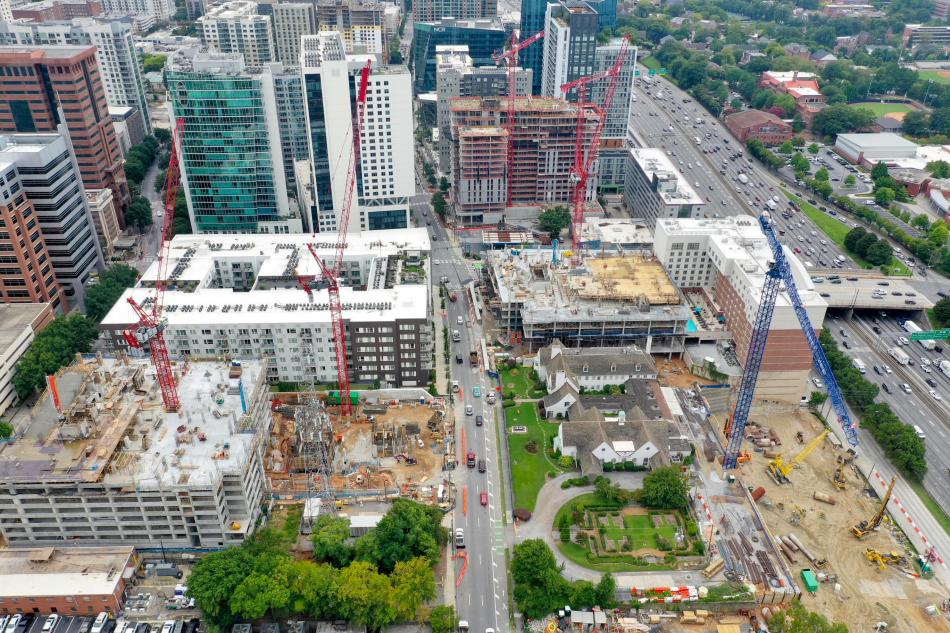 ^ We begin with this shot over the construction hot zone that is Midtown's Spring Street, where six towering construction cranes (and counting) have been erected over separate projects on four blocks.

They are, from left: the two-tower Momentum Midtown; at top, the Whistler student apartment high-rise; Hub Atlanta, another student-housing venture; and at bottom right, the Portman company's two-tower Spring Quarter development. 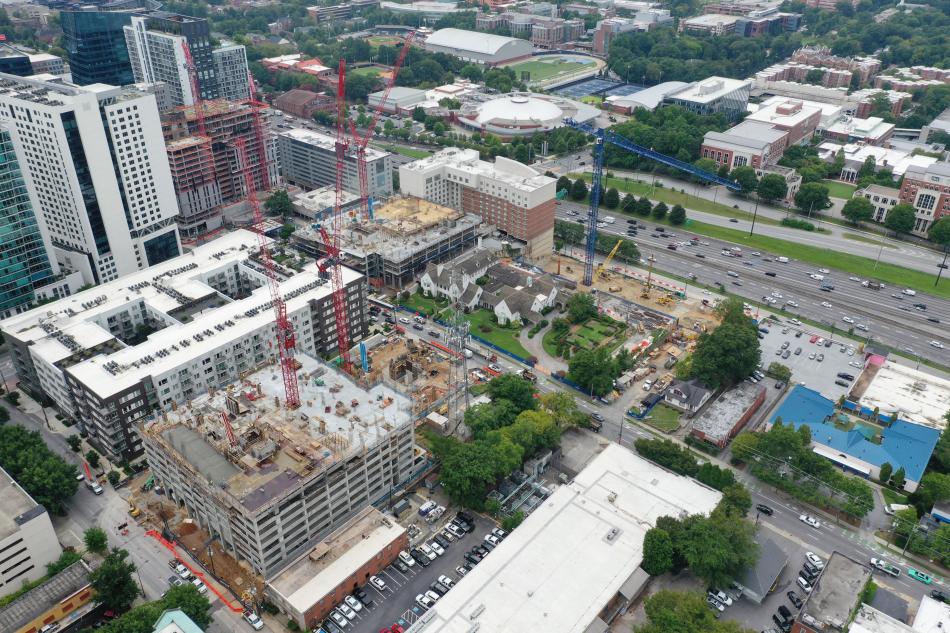 ^ This angle illustrates the proximity of so much new construction to Atlanta's busiest expressway—and to Georgia Tech's campus across so many lanes of traffic. 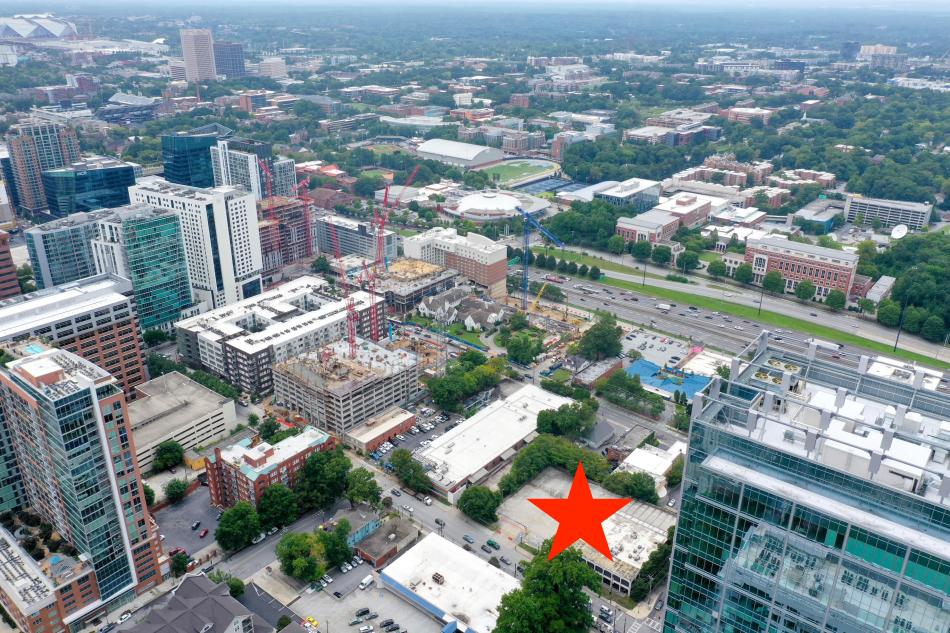 ^ Diagonal from Google's new Midtown offices, Rockefeller Group officials have recently said they're making progress on what's planned to be a 61-story mixed-use tower on the corner where this low-rise former U.S. Post Office building stands. If plans come to fruition, it would be Atlanta's tallest new skyscraper since the 1990s. 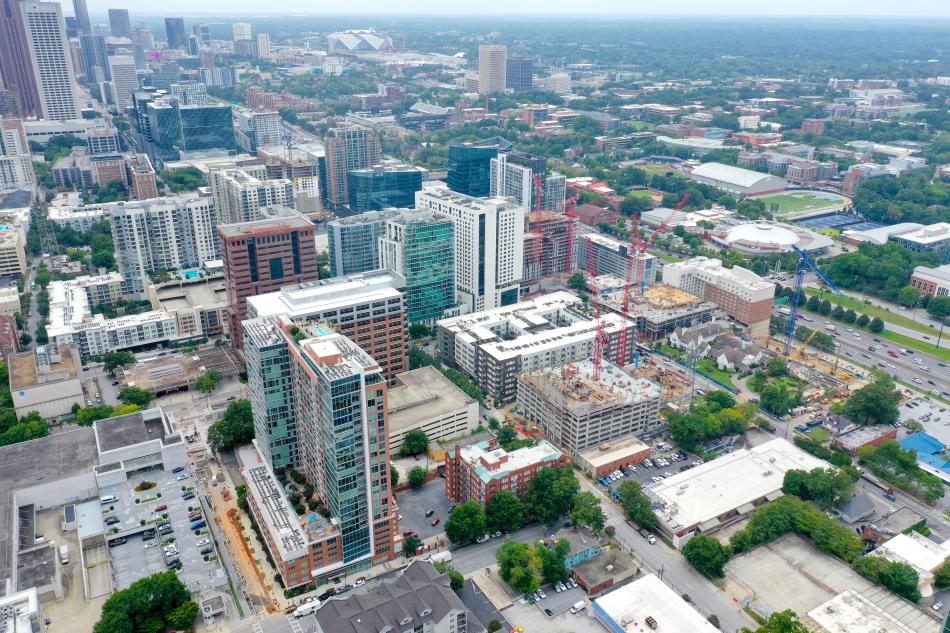 ^ How many buildings in this photo—capturing the southwestern flank of Midtown's core business district—didn't exist a decade ago? 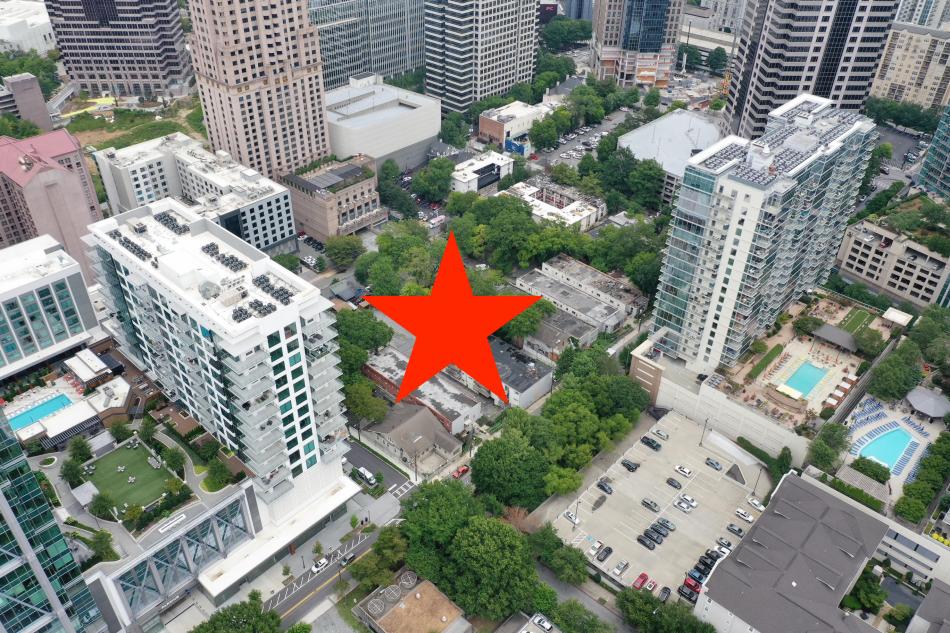 ^ Next door to Google's offices and a new condo tower, the star represents where Selig Development is gearing up to build another phase of the 1105 West Peachtree project, a two-tower venture now called Midtown Exchange. 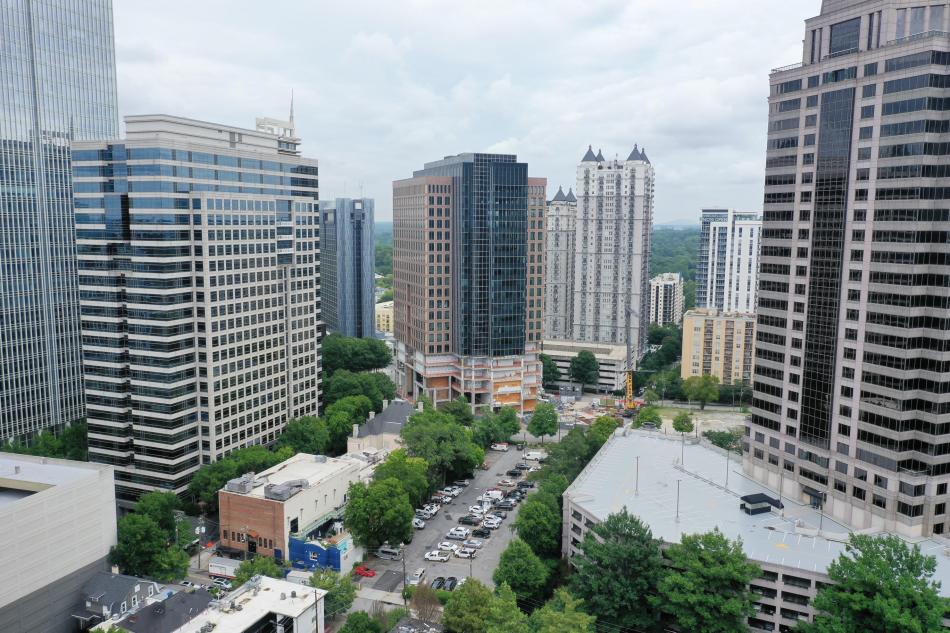 ^ You know boomtimes are upon us when Dewberry Capital has put up an actual construction crane at the base of the long-idle Campanile building overhaul, as spotted a few blocks east of West Peachtree Street.

The development company is headed by John Dewberry, whose proclivity for buying Midtown parcels and sitting on them for years has earned the former Georgia Tech quarterback nicknames such as "Dew-Nothing" and "The Emperor of Empty Lots."