Another student-housing venture is beginning to make its mark on Midtown’s skyline.

Adding to thousands of new off-campus housing options for Georgia Tech and other college students in Midtown’s western blocks, the Hub Atlanta project has stacked up roughly 14 stories in the 900 block of Spring Street, just south of 10th Street.

National developer Core Spaces broke ground last summer on the 19-story project, which will introduce nearly 800 more beds into a corridor that’s been transformed with high-rise development geared toward students in recent years. 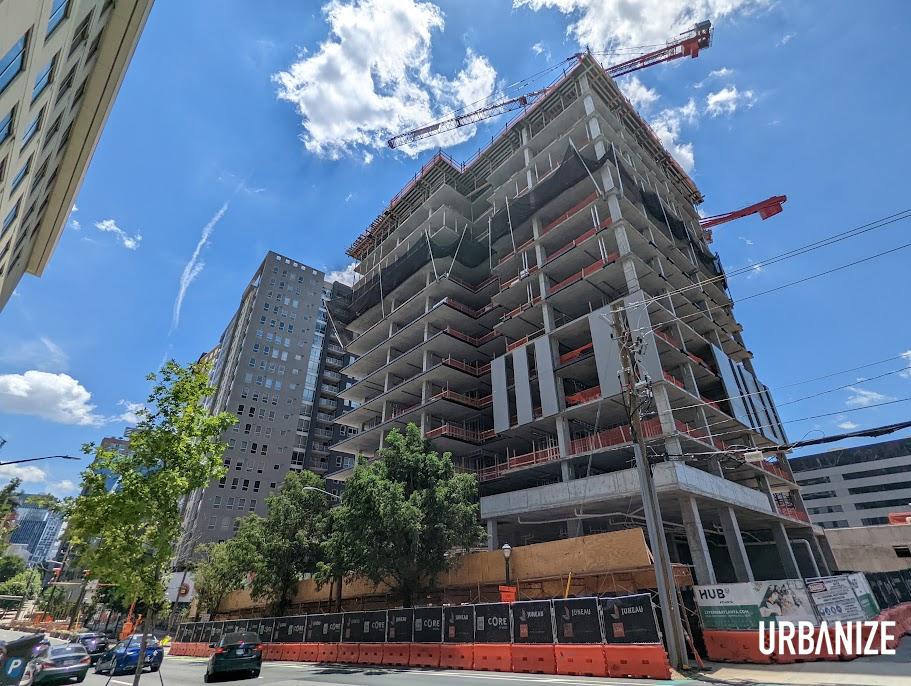 Where Spring Street retail space is planned at the base of the 19-story venture, just south of 10th Street. Josh Green/Urbanize Atlanta

The former low-rise commercial buildings on site were most recently home to indoor-outdoor nightclub Alibi Atlanta and Opium Lounge.

Hub Atlanta living options will range from “quiet studios” to six-bedroom rentals for buddying up with roommates. Expect four stories of garage parking, with spaces for bike and electric-vehicle charging stations. About 5,600 square feet of retail is planned around the building’s base. 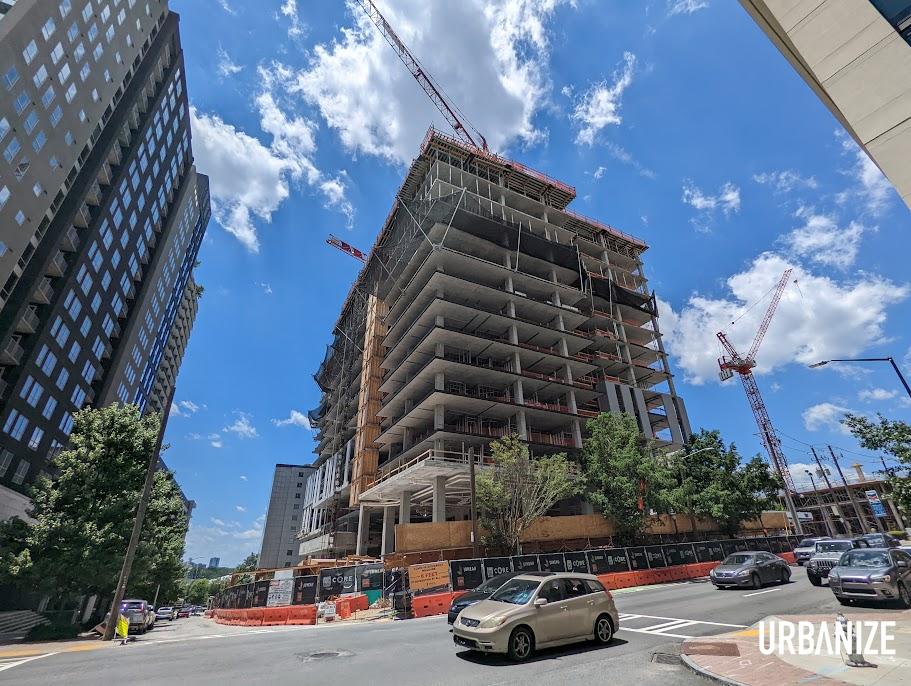 The Hub Atlanta project as seen in recent days from the corner of Spring Street and Peachtree Place in Midtown. Josh Green/Urbanize Atlanta

Developers have called the site’s proximity to the Midtown MARTA station, retail, and a multitude of restaurants a selling point. 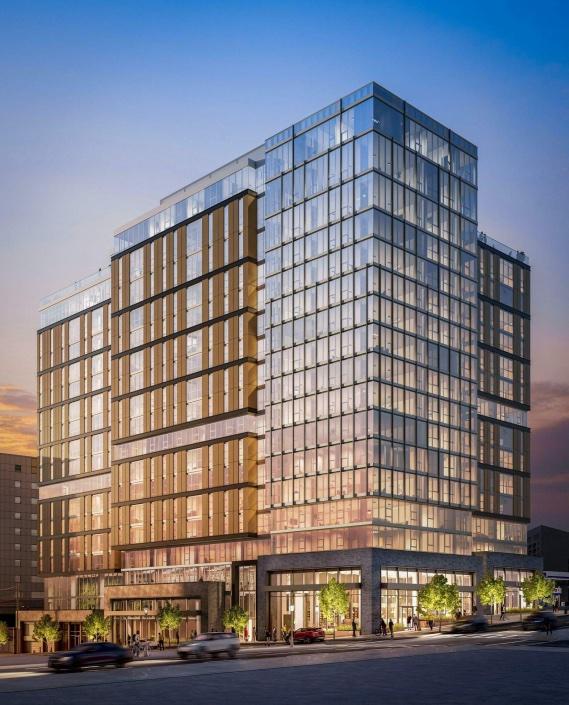 A view of the Hub Atlanta project from the south along Spring Street, next to a Chevron gas station on the corner. Courtesy of Core Spaces; designs, Hartshorne Plunkard Architecture

Hub Atlanta is rising directly across street from Landmark Properties’ The Mark, a 28-story tower with another 800 student beds that took the place of a longstanding Midtown Domino’s pizza.

Meanwhile, in the 800 block of Spring Street, Austin-based LV Collective is breaking into the Atlanta market with a 26-story, student-housing stack called “Whistler.” That project has claimed a low-rise commercial building and now overlooks the Cheetah strip club. 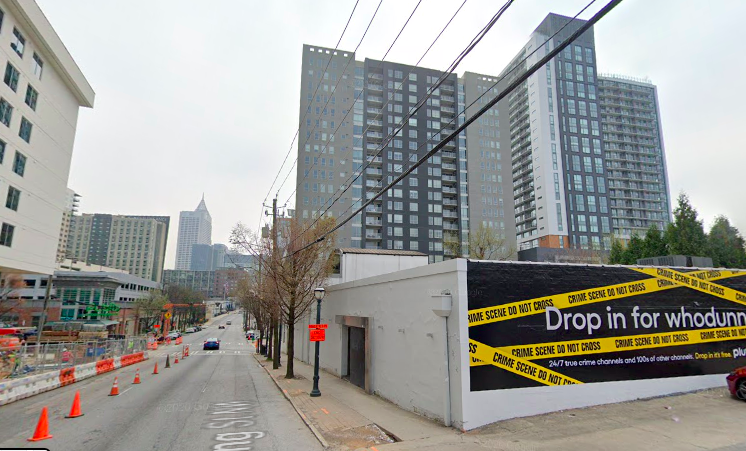 The low-rise buildings Hub Atlanta is replacing, at right, as shown in early 2020. Google Maps

Hub Atlanta will join other student-housing concepts that Core Spaces has completed near campuses in numerous U.S. markets, including Los Angeles, Tucson, Lexington, and Tampa.