A multi-pronged project by one of Atlanta’s more storied developers is transforming nearly a full city block at Midtown’s highest point right now, and a fresh batch of renderings helps paint the picture of what’s in store.

Portman Holdings, which has helped redefine Atlanta’s skyline with hotel and office sky-rises for more than six decades, started going vertical in recent months on an apartment tower called 1000 Spring on the northwest corner of 10th and Spring streets—the firm’s first residential project in its home city.

The 370-unit residential building is rising on a former parking lot at what Portman says is Midtown’s highest elevational point. It's planned as the tallest component of Spring Quarter’s three new buildings—at least in terms of stories—which are scheduled to begin opening sometime in 2024. 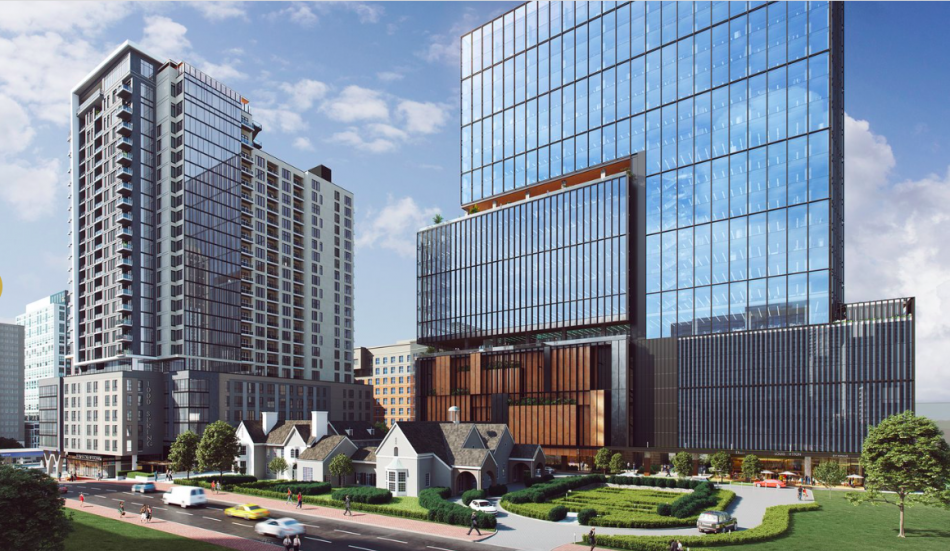 How the Portman Residential apartments, left, will stack up with the office component, per renderings. Courtesy of Portman Holdings/Spring Quarter; designs by KPF; architect of record, HKS

The Cooper Carry-designed residential building is considered the first phase. In addition to 370 apartments, plans call for 11,000 square feet of retail, modern-style interiors by Fogarty Finger, a resort-style pool, a fitness center, and clubroom.

The tower was initially proposed at 36 stories but was later modified and reduced by several stories. A Portman rep told Urbanize Atlanta last year the changes were part of the “complex and elaborate” project’s overall evolution as it went from concept to finalized designs. (Midtown Alliance lists the floor count at 31 now.)

Just northwest of the apartments, the 25-story office component, 1020 Spring, is also under construction, next to the nearly century-old Spring Hill Mortuary (H.M. Patterson House). That Philip Trammell Shutze-designed landmark will be adaptively reused and woven into redevelopment plans, Portman officials say. Renderings show it functioning as a restaurant. 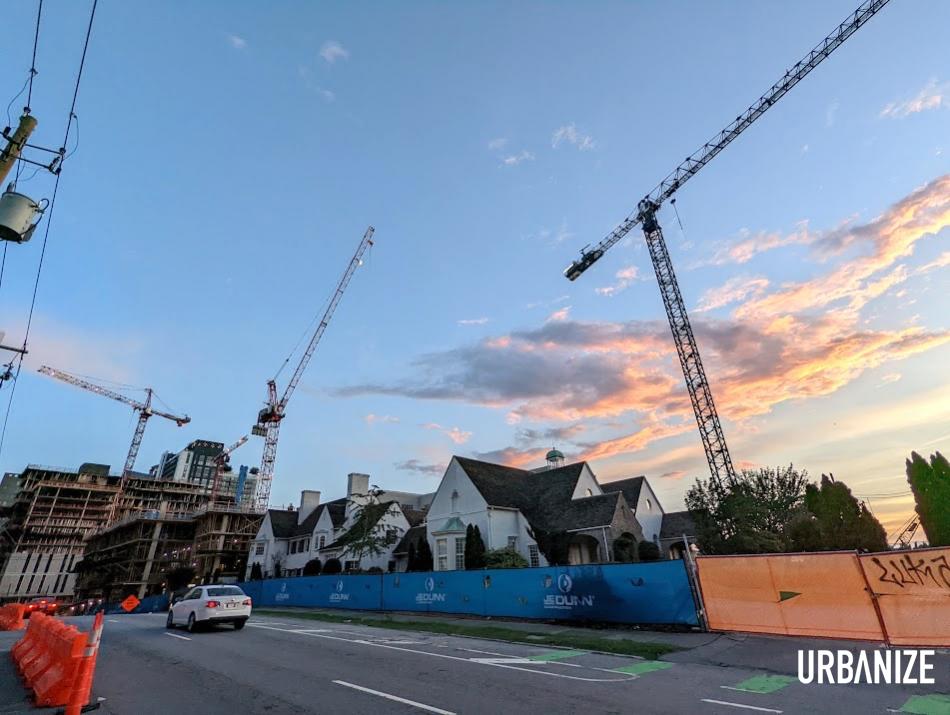 Overall, the site spans more than 4 acres. Portman expects Spring Quarter to be finished in the third quarter of 2025.

A shorter, 225-key hotel is also planned for the mix eventually, next to the office tower along Spring Street. Some renderings show a vague outline of the hotel piece; others omit it entirely.

In the gallery above, have a closer look at what’s happening right now at this hilltop site next to the downtown Connector, and how it’s expected to look and function in coming years.