Sporting a new name and fresh interior renderings, the latest student-housing development on Midtown’s Spring Street corridor is quickly rising over one of Atlanta’s most famous strip clubs.

Formerly called 859 Spring for its address, the project now dubbed “Whistler” (no context given) has climbed a half-dozen stories over The Cheetah strip club after breaking ground with demolition of a low-rise retail and office building last summer. 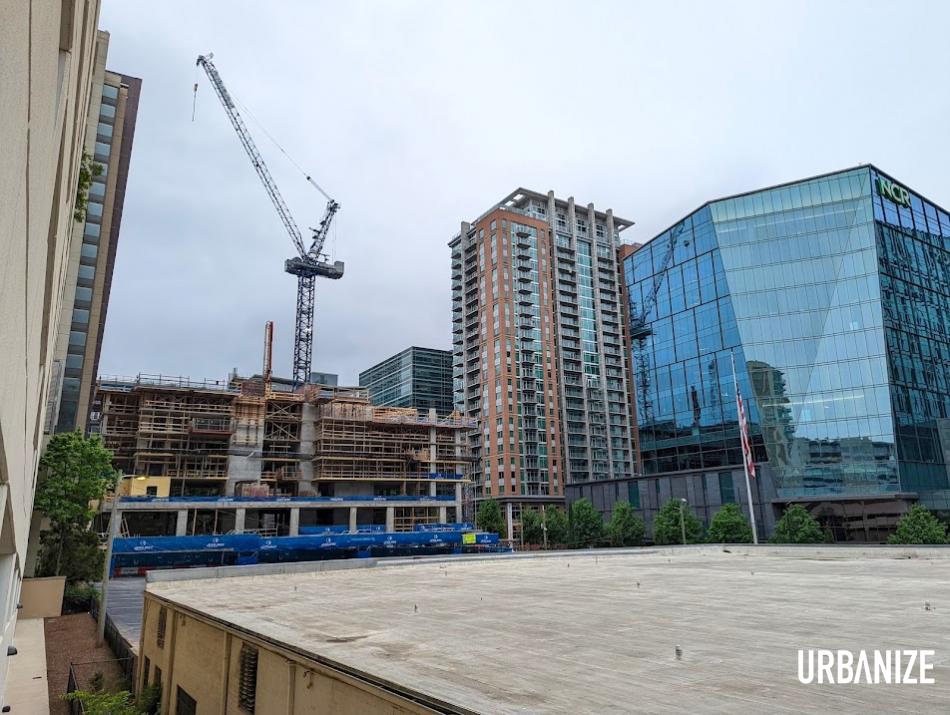 The first half-dozen floors of LV Collective's Whistler tower have materialized, as seen from the north, across the roof of The Cheetah and Alluvia restaurant. Josh Green/Urbanize Atlanta

Plans call for 168 student apartments, with 565 total beds, in a building the developer has indicated will be either 24 or 26 stories at the corner of Spring Street and Abercrombie Place. According to Midtown Alliance, the project will also include 3,600 square feet of retail.

Next door, The Cheetah has operated on the same block since the 1980s. 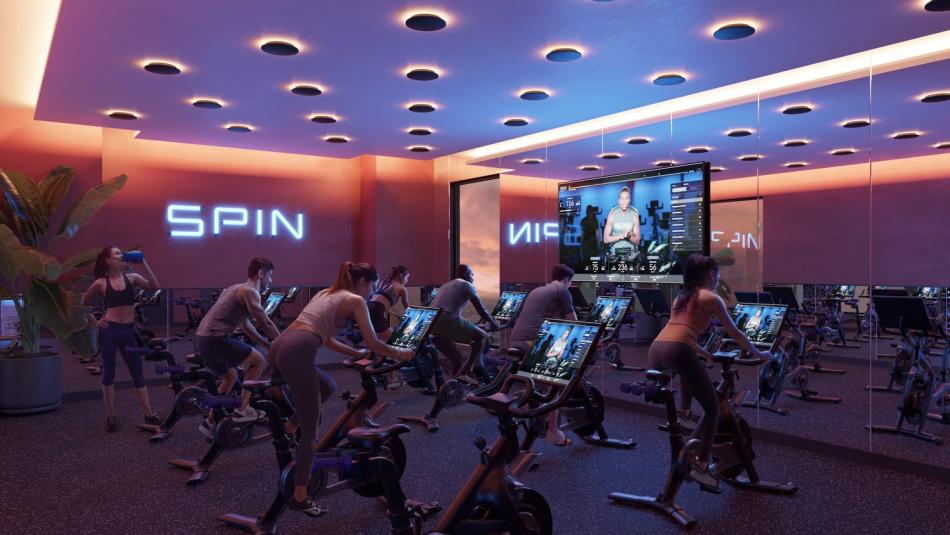 Two blocks north, developer Core Spaces is also currently stacking a 19-story project called Hub Atlanta that will bring almost 800 more student beds near the corner of 10th and Spring streets. About 5,600 square feet of retail is planned around that building’s base.

Both Spring Street projects are expected to deliver next year in time for Georgia Tech’s fall semester.

The off-campus housing will join hundreds of finely appointed student-living options that have sprouted on Midtown’s western edge in recent years, in buildings such as The Mark, The Standard, and more recently CA Ventures’ 29-story student-housing tower called HERE Atlanta.