MARTA selected a team this week of local and outside developers to transform Bankhead station and lifted the veil on what the Westside transit hub could ultimately become.

After officially beginning its search in January, MARTA’s board of directors on Thursday picked Peebles Corporation—described by the transit agency as one of the largest minority-owned real estate developers in the U.S.—to lead a joint venture that will remake Bankhead station into a mixed-use, transit-oriented development, or TOD, where the system’s Green Line ends in the west.

Peebles Corporation counts a “deep track record” of public-private partnerships in its development portfolio, MARTA officials noted in an announcement. 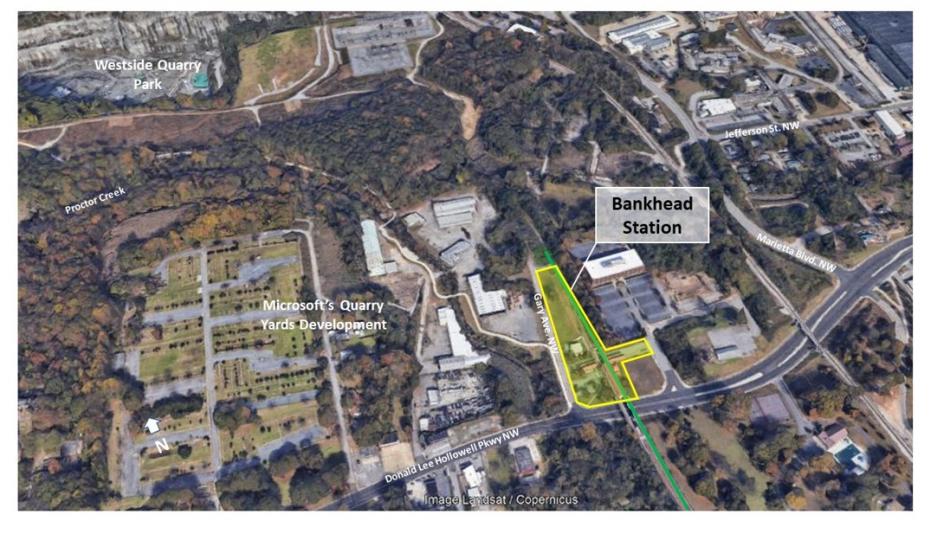 As is, MARTA’s Bankhead station is surrounded by surface parking and unused land in the 1300 block of Donald Lee Hollowell Parkway. The redevelopment vision calls for 496 housing units—148 of them designated as affordable housing for anyone earning 80 to 120 percent of the area’s median income, according to zip code. Plans also call for retail space and a hotel, offices and sharable working spaces, along with more than 1 acre of open space around the new construction, according to MARTA officials.

The TOD would be a first for Atlanta’s Westside—and it could be a good place to start, given that Bankhead station stands within walking distance of several new drivers for Westside growth. 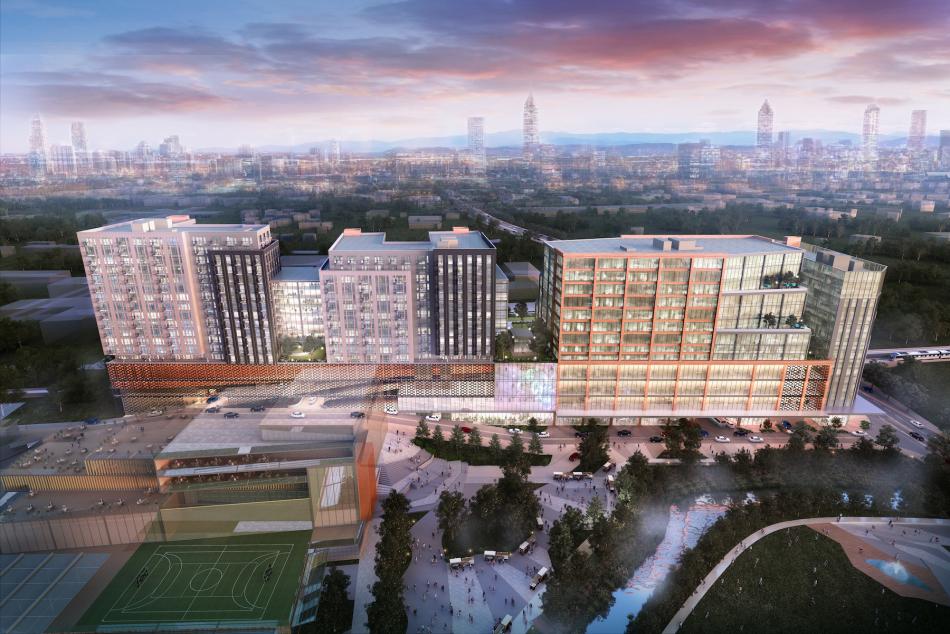 Most notably, the station is located next to Microsoft’s planned 90-acre Atlanta campus, which is expected to break ground next year, according to Microsoft’s announcement in early 2021. Also next door is the Proctor Creek Greenway in historic Grove Park, while the city’s new Westside Park and segments of the BeltLine’s Westside Trail are within about a half-mile.

Redevelopment of Bankhead station will join other MARTA-led projects from Grant Park to Edgewood and Decatur’s eastern fringes that have transformed parking lots into multifamily housing and other uses. According to MARTA, the Bankhead TOD will consume about 5 and ½ acres on the ground, and the deal also includes air rights above the existing station.

MARTA has worked in conjunction with Atlanta City Councilmember Dustin Hillis to rezone the Bankhead station to an MRC-3 designation, or Mixed Residential Commercial District 3, to allow for the type of development intended and to align with zoning for Microsoft’s property. A TOD plan laid out by the city recommends that nine MARTA stations undergo similar rezoning to allow for higher-density projects at transit hubs.

The Bankhead project is part of the billion-dollar MARTA 2040 plan approved by taxpayers six years ago. The scope includes extending the station’s platform capacity from two to eight train cars, on par with MARTA’s other stations. The Georgia General Assembly chipped in $6 million last year toward the project to support the area’s economic development (i.e., to woo/appease Microsoft).