Prior to 2016, approaching MARTA’s Edgewood-Candler Park station from the south meant encountering a sea of weedy asphalt parking lots, where only about one in three parking spaces was being used by transit customers each day.

Today, it’s a drastically different urban scenario—and quite possibly a preview of things to come throughout sections of Atlanta reached by the heavy rail system.

MARTA on Friday declared the agency’s first transit-oriented development since Lindbergh Center complete, roughly six years after it had broken ground in Edgewood.

The site as MARTA parking lots in 2016. Before TOD work began, MARTA calculated that just 30 percent of parking spaces were being used daily.Google Maps

Located on the Blue/Green Line in DeKalb County, the $95-million TOD project started with 6.4 acres of parking lots. From that has sprung the following in three phases:

Spoke Apartments arrived with 202 apartments (22 of them reserved as affordable housing) in 2017 as the initial phase. 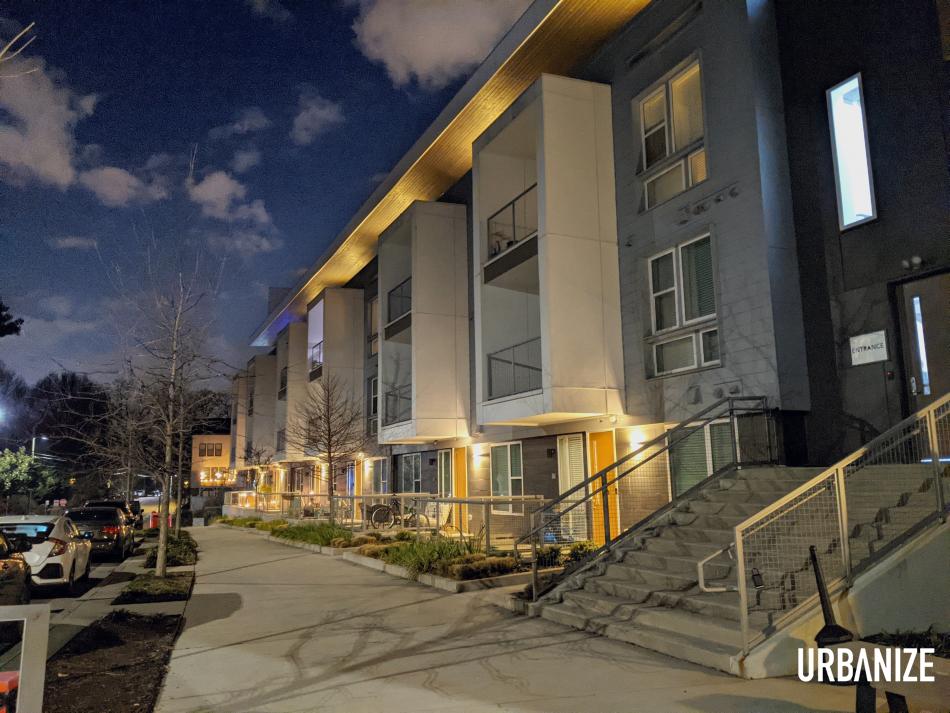 The first component to open in 2017, a partnership between Invest Atlanta and Columbia Ventures called Spoke, brought more than 200 apartments. Josh Green/Urbanize Atlanta

Finished in 2020, the second phase brought a 1/2-acre public park to the center of the development, bordered by an 8,000-square-foot retail and office building. Immediately to the south, Moving in the Spirit also opened a 21,000-square-foot creative youth development center. (Dana Lupton, Moving in the Spirit cofounder and CEO, has said locating the business’ “forever home” close to transit was crucial in its mission to reach more young people.)

The third and final phase, wrapped this year, brought 155 more residential units with the Quill Apartments (53 reserved as affordable housing), plus a 393-space parking deck shared by MARTA customers, retail guests, and apartment tenants. (A new bus loop and MARTA’s replacement parking were supported by a $4.7-million federal grant, which included a 25 percent local match from MARTA, per the transit agency.)

In the park-side retail spaces, neighborhood wine shop and tasting bar Vin ATL opened its doors in one slot in August. Next door, the team behind East Atlanta Village’s Banshee expects to open a sandwich shop and cocktail bar called Bona Fide Deluxe this fall. 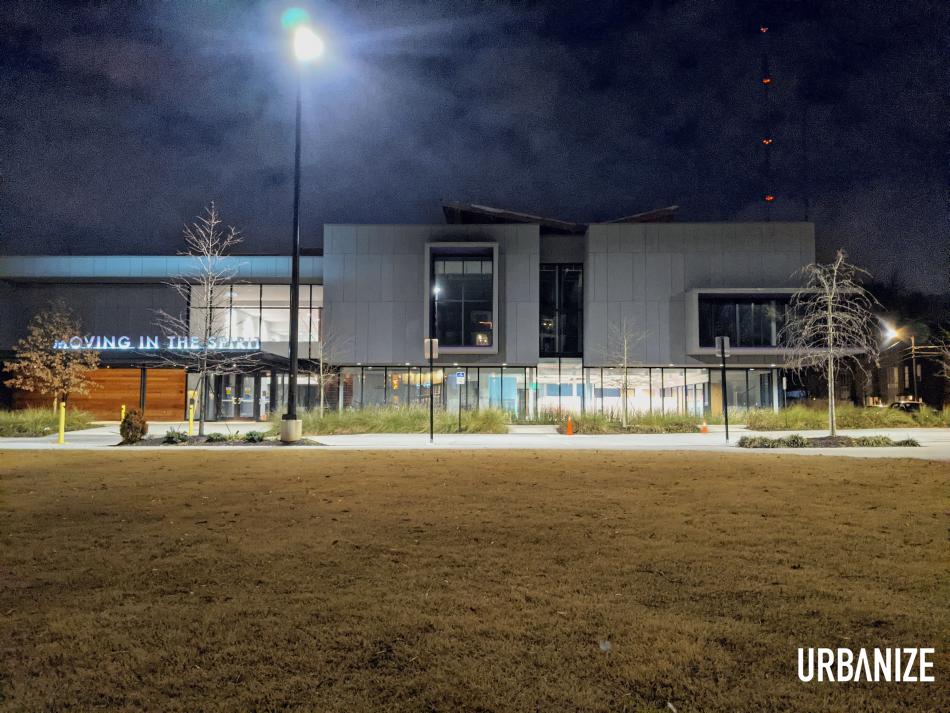 As seen from the communal greenspace, this 21,000-square-foot building is owned by Moving In the Spirit, a creative youth development program established in Atlanta in 1986.Josh Green/Urbanize Atlanta

Collie Greenwood, MARTA’s interim general manager and CEO (and now sole finalist to become permanent CEO), called the Edgewood TOD redo “a perfect example of how developing near transit can transform and enrich a community” in a recent announcement.

In Edgewood, MARTA entered into long-term ground leases with developer Columbia Ventures, which built the mixed-use hub, similar to other TOD partnerships. 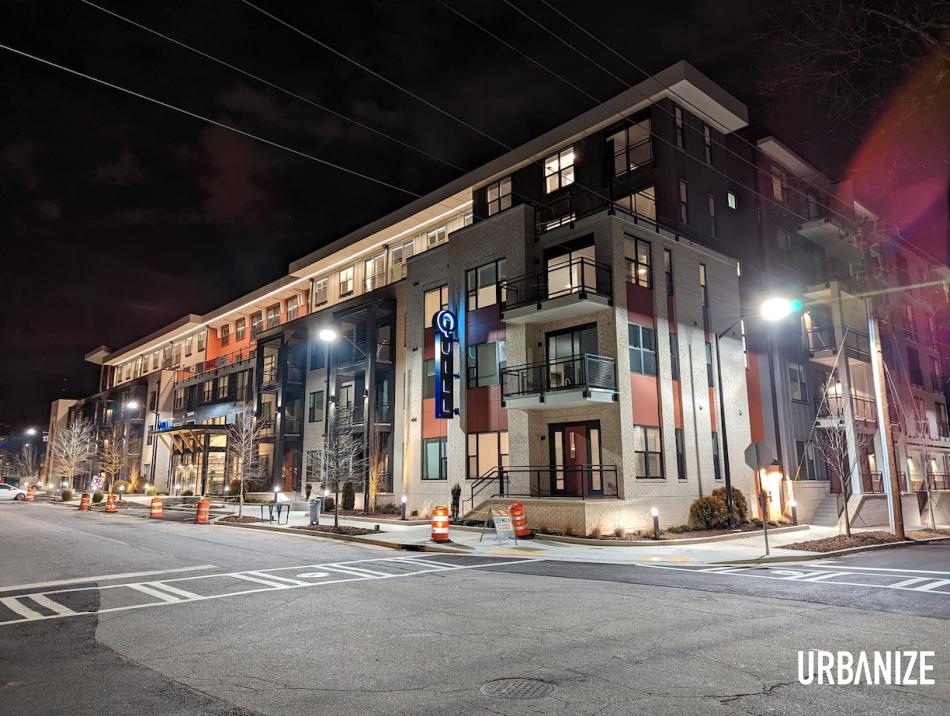 The Quill Apartments were the bulk of the TOD's phase three. Josh Green/Urbanize Atlanta

Edgewood’s completion continues a groundswell of TOD activity along the Blue/Green Lines, where the Marchon mixed-use complex recently opened at King Memorial station and an affordable-housing project is slated to break ground this fall at Avondale Station.

Including recently announced plans for redeveloping Arts Center station in Midtown, MARTA is now planning to convert land around six different stations into denser nodes of development, spanning from Bankhead to Brookhaven and Stone Mountain. 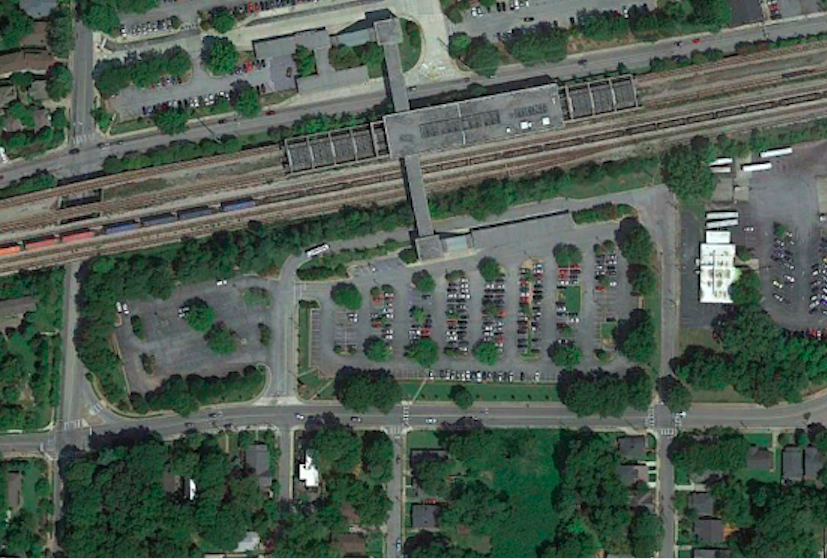 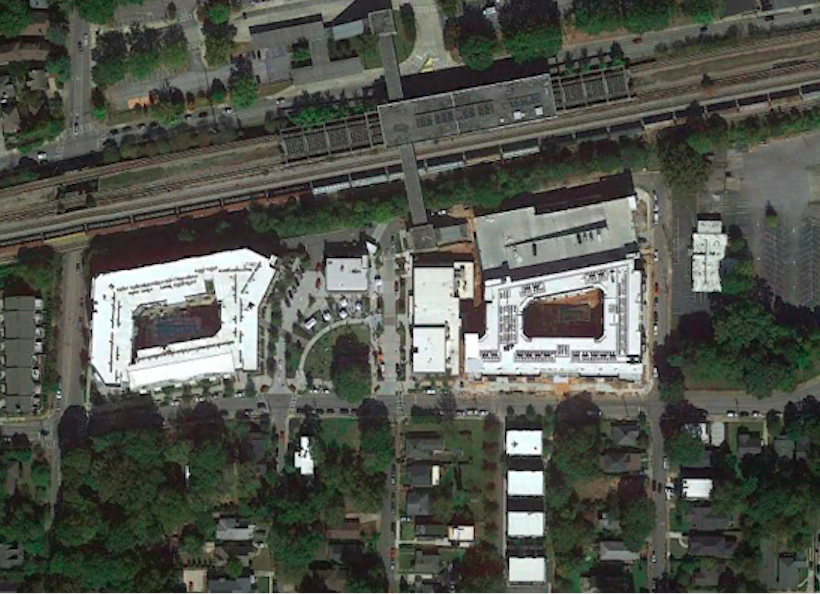