Westside Paper, an adaptive-reuse project being developed in a joint venture between Third & Urban and FCP, has inked leases with four eateries that will operate at the more than 70-year-old industrial campus between Westside Provisions District and the new Westside Park.

Plans call for 245,000 square feet of mixed uses that add new-construction elements to a repurposed 1950s warehouse on site. Developers are targeting office tenants seeking large floorplates and proximity to what’s billed as a unique retail destination. Another draw is the project's positioning on a future BeltLine spur, a couple of blocks north of the Westside BeltLine Connector. 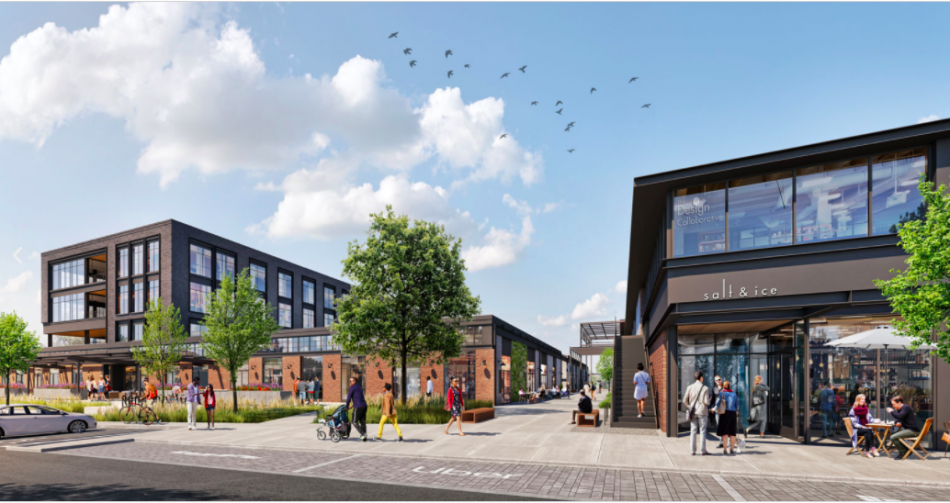 The 15-acre redevelopment at 950 West Marietta Street continues the adaptive-reuse trend west of Midtown started in the nineties with King Plow Arts Center—located across the street—and boosted by projects like Westside Provisions District and more recently The Works.

Third & Urban partner Chris Faussemagne said in an announcement today the restaurants signed so far will help set the tone for Westside Paper and “the environment we are creating.”

“The quality of this first round of tenants is a testament to what will be one of [the] most dynamic projects on the Westside,” said Merritt Lancaster, a partner at Bridger Properties, which is leading retail and restaurant leasing efforts.

Developers expect Westside Paper to deliver its first phase in the second quarter of 2022. The initial four restaurant tenants were described in greater detail as follows, with additional context added in some cases:

• Atlanta native Rob Birdsong opened Glide Pizza on the Atlanta Beltline in 2020, [along the Eastside Trail in Old Fourth Ward, with a second walk-up location in Decatur's new Inner Voice Brewing]. A former freelance creative, he spent a decade in New York living off Brooklyn slices. He has combined the convenience and approachable cost of street food with premium ingredients and artisan techniques. Westside Paper will be Glide Pizza’s third location.

• Girl Diver is the Asian seafood restaurant from Richard Tang, who also opened Char Korean Bar & Grill in Atlanta in 2016. Girl Diver features Chinese-Vietnamese seafood dishes and comfort foods. The name refers, in part, to the nearly 2,000-year-old tradition of Japanese and Korean women divers known as ama and haenyeo (sea woman) who collect pearls, sea cucumbers, sea urchins, and abalone from the bottom of the ocean. It will be the second location of Girl Diver, [following another at Madison Yards in Reynoldstown].