As construction enters the home stretch, a Bankhead townhome project that’s made headlines for its record-shattering sales prices is taking to the skies to illustrate its setting amidst so much “incredible new growth in West Midtown!”, as marketers put it.

Citing everything from Westside Park to the nearby Echo Street West project and a massive data center expansion, seasoned homebuilder Brock Built’s Ten29 West has released new drone footage of the 61-unit Bankhead townhouse community as all homes have topped out.

Positioned along Donald Lee Hollowell Parkway, among traditionally underserved but historic communities, the project has seen prices climb from the $500,000s, up to almost $700,000, and then by last spring to the dizzying heights (relatively speaking) of the high $700,000s.

Brock Built has flaunted the development as a “cozy community” with “skyline views on the BeltLine,” a reference to the Westside BeltLine Connector trail that opened last year in the townhomes’ backyard. According to listing services and the developer’s website, well over half of the project’s townhomes have now sold or are under contract. 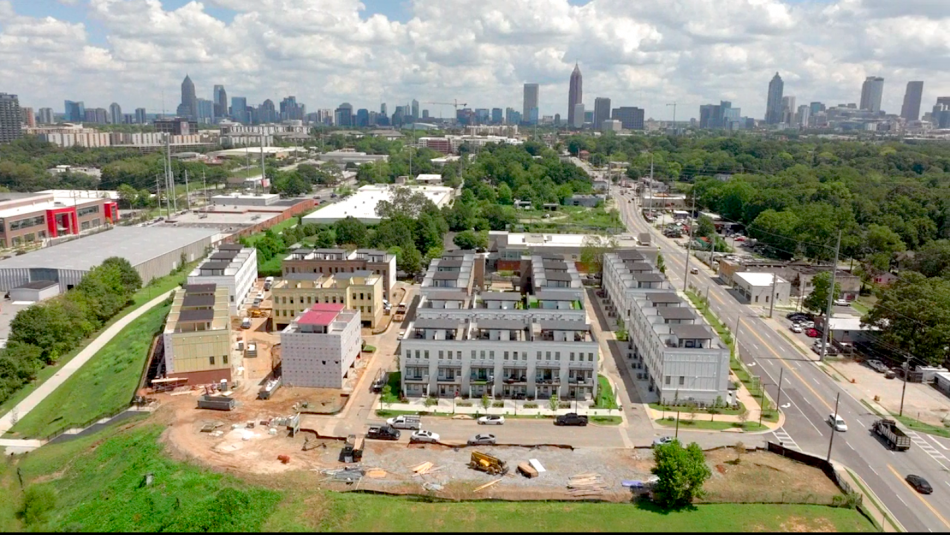 Sellers have also stressed the project is three blocks from the new Westside Park and “Microsoft’s 90 acres,” where the tech giant is planning a sprawling campus but has yet to break ground or reveal official plans.

Originally called The Finley, the project is rising on about 4 acres. The location is between what Brock Built has described as “two tech giants”—Georgia Tech and Microsoft’s big deal. The Maddox Park greenspace and MARTA’s Bankhead Station are nearby, too. 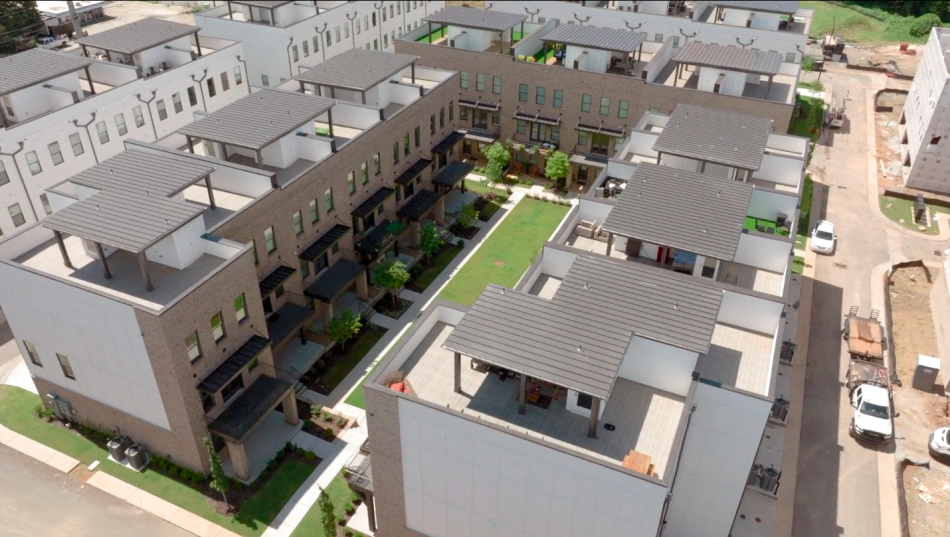 Beyond the townhome project, the priciest home listing in Bankhead at the moment is a renovated, perky, three-bedroom bungalow from the 1930s that’s asking $479,900.

Records indicate the most expensive Bankhead home to sell in recent years that’s not in the Ten29 West community is a roomy, four-bedroom traditional (3,226 square feet) on Cairo Street. It fetched $372,000 in summer 2021, citing Brock Built’s pricey nearby townhomes, like Microsoft’s land, as a selling point.

Take to the skies above this section of Bankhead in the gallery above. And for a closer look at the community, including interiors, head over here.