Plans are coming together for what could be the first ground-up new building at downtown megaproject Centennial Yards, one of several new structures expected to rise from Gulch chasms in the next couple of years.

Developers CIM Group and Stream Realty Partners, who’ve teamed to repurpose or develop a 6-acre wedge of properties near the larger site’s southern edge, have provided Urbanize Atlanta a rendering that lends an idea what’s to come with a mid-rise rental piece.

The project would include 230 apartments—20 percent of them considered affordable housing—just south of the 26-story Richard B. Russell Federal Building. 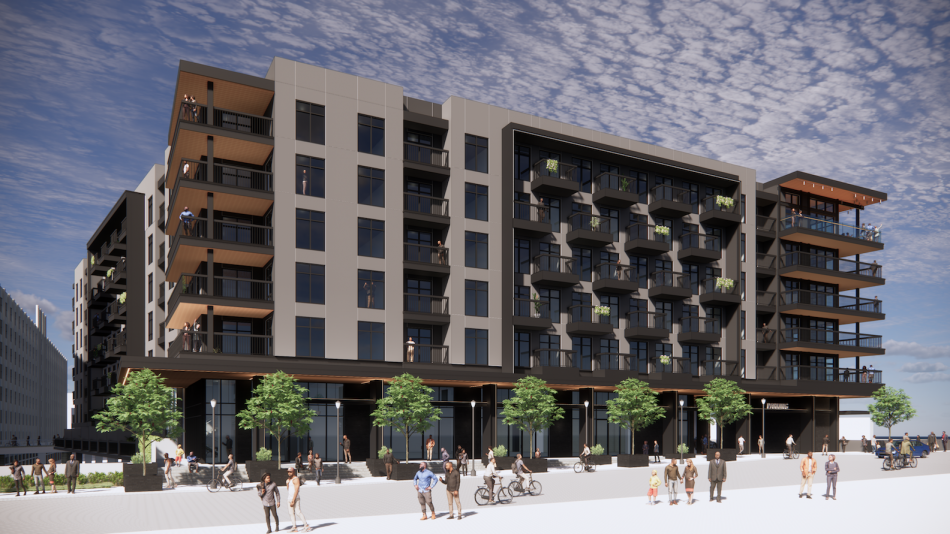 On the north side, it will connect with the Mitchell Street bridge. The under-construction Nelson Street pedestrian bridge—a replacement for a failing bridge closed five years ago and later demolished—would bookend the apartments on the south side. 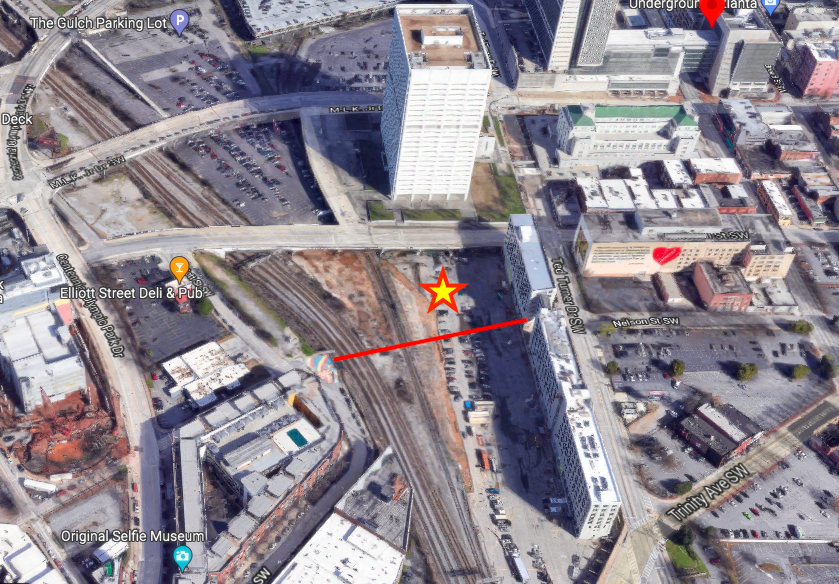 How the 230 apartments will fit between the Mitchell Street bridge and the one that's under construction for pedestrians and bicyclists. Google Maps

Stream senior vice president Ben Reeves said the company filed for a Special Administrative Permit to build the apartments last week, with the next step being a review by the Downtown Development Review Committee.

During a recent interview, Reeves noted the Nelson Street bridge—off limits to cars at all times, except emergency vehicles—is scheduled to open in November next year, providing a new link between Castleberry Hill and South Downtown.

Eventually, Centennial Yards is expected to cover 50 acres across at least a dozen city blocks, in the shadows of State Farm Arena and Mercedes-Benz Stadium. CIM officials have stressed that 20 percent of all residences that rise from the Gulch will be designated as affordable for 99 years.

London-based architecture firm Foster + Partners was hired last summer to collaborate with Perkins & Will architects and other firms on forthcoming designs.

A revised master plan is intended to make Centennial Yards more of an extension of surrounding city blocks, continuing the style and scale of existing buildings, while adding what project officials call increased walkability and access.