Early concepts are starting to emerge for a future Campbellton Road corridor with not only a backbone of bus-rapid transit but a reshaped urban landscape designed to support it.

For its initial design phase of the controversial Campbellton Road bus-rapid transit system, MARTA commissioned Atlanta-based Xmetrical to envision the corridor with smarter urban designs befitting a broader range of housing. The architecture studio is known for nodes of townhouses across the city, smaller-scale mixed-use development, and strikingly modern homes.

The proposed revitalization and introduction of transit along one of Southwest Atlanta’s main transportation arteries is collectively called the Campbellton Road Community Investment Corridor, or CIC.

It covers a 10-mile stretch of Campbellton Road from MARTA’s Oakland City station out to Interstate 285—with eight BRT stations planned in between—bordered by everything from golf courses to movie studios and commercial strips. 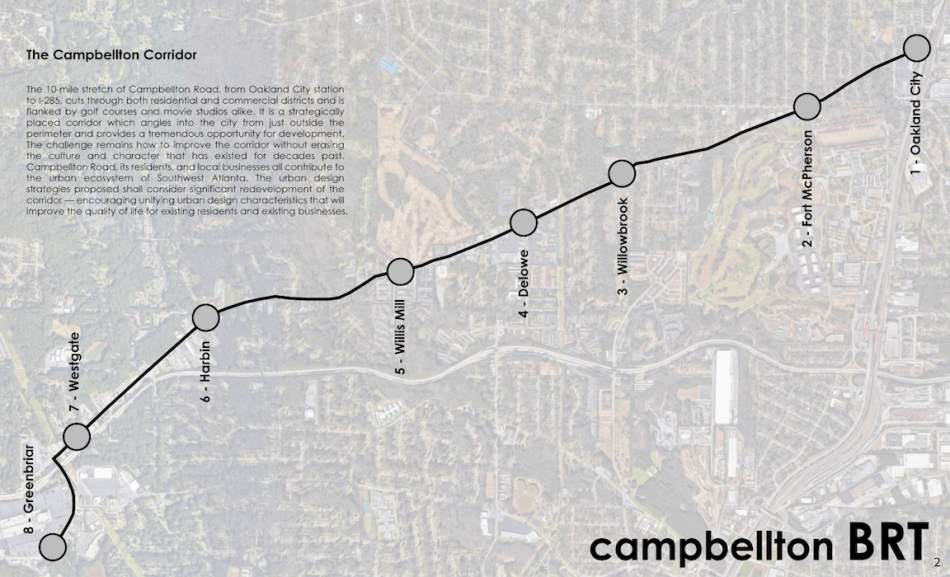 The scope of the 10-mile future transit corridor being studied. Xmetrical

As Xmetrical heads note in their study, the area “provides a tremendous opportunity for development” in an area that hasn’t seen explosive investment comparable to intown districts from Summerhill to Old Fourth Ward and Blandtown.

“The challenge remains how to improve the corridor without erasing the culture and character that has existed for decades,” reads Xmetrical’s design notes.

Strategies put forth in the study are meant to unify the corridor by way of urban design and more efficient land uses, with mid-rise development, new commercial spaces, and dedicated bike lanes alongside other safety measures woven in. Designers point to East Atlanta Village’s density as one example of what’s working in the city now.

MARTA also tasked the Xmetrical firm with envisioning fully developed bus stations dotted throughout the route. Transit-oriented development would surround those stations, should the plans come to fruition.

MARTA angered some Southwest Atlanta residents and rail-transit enthusiasts earlier this year by announcing plans for a system of bus transit along Campbellton Road as opposed to light rail that had long been discussed. The transit agency has emphasized that BRT can be installed three years faster than rail service and cost significantly less: $130 million to build (versus $340 million for light rail) and $4.8 million to operate annually (versus $12.5 million).

MARTA’s goal is to have the BRT system installed and running on Campbellton Road in 2028.

Delve deeper into the Campbellton Road CIC proposal here, and see a few key highlights below: 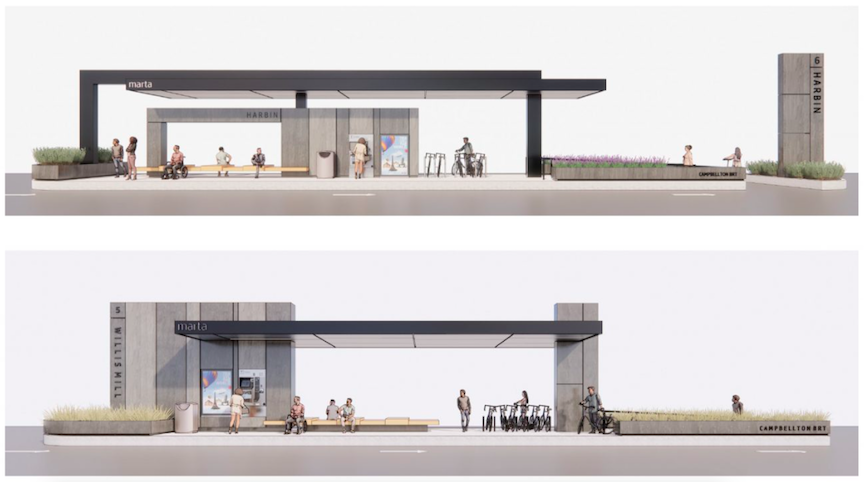 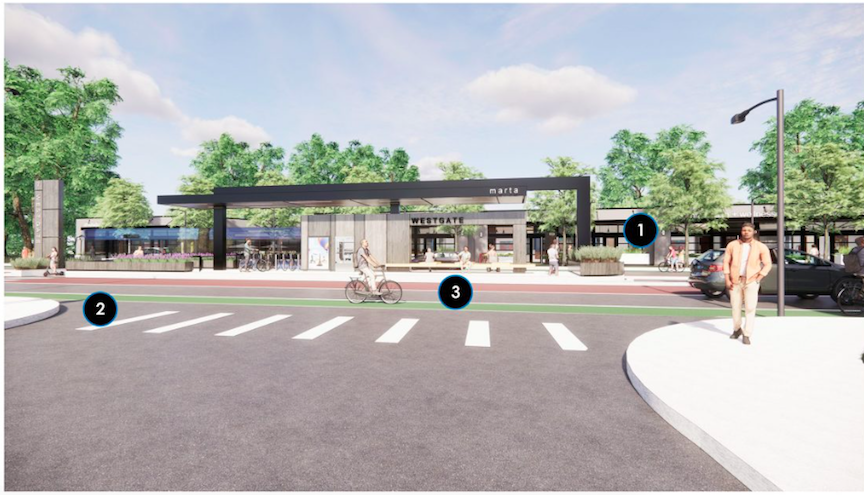 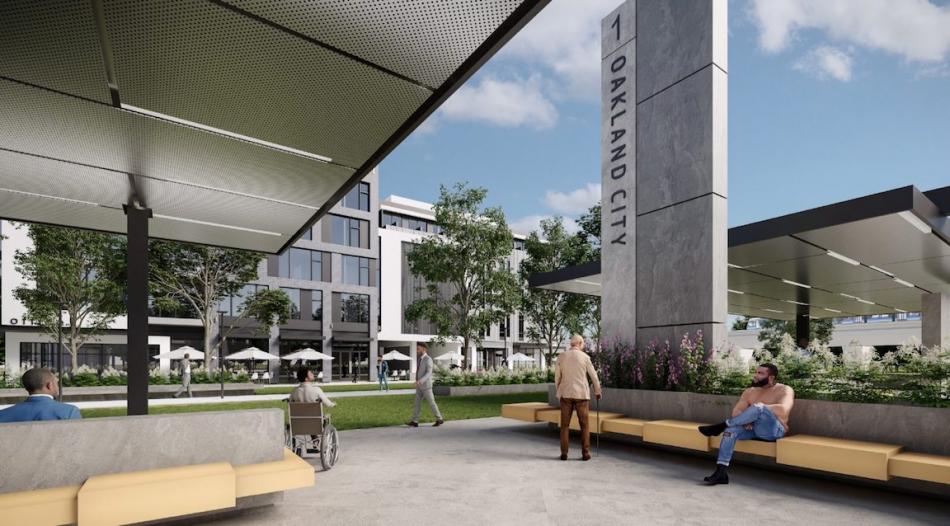 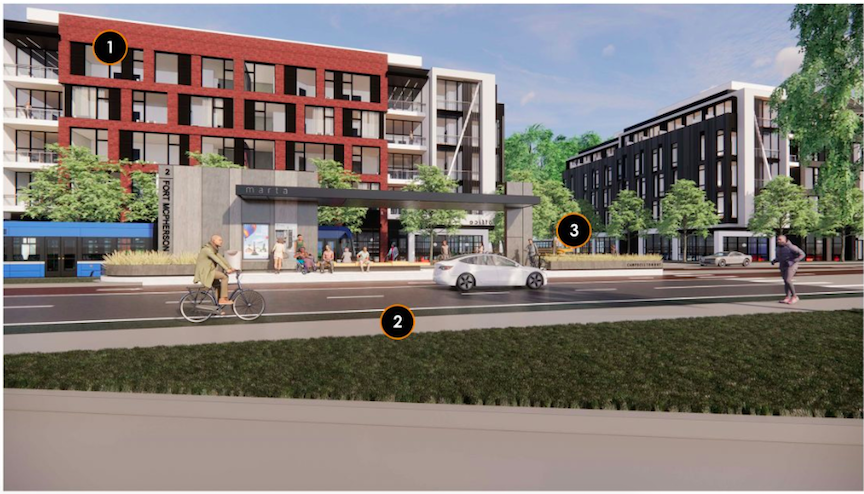 Potential development around Fort McPherson station could include (1.) mid-rise projects of four to five stories, (2.) an improved streetscape with dedicated bike lanes and other features, and (3.) urban-gridded blocks with connections to Tyler Perry Studios. Xmetrical