After more than two years of construction and no shortage of pandemic-related turbulence, an Old Fourth Ward mixed-use project is coming to market as an example of smaller-scale infill that aims to maximize density.

Located just west of Krog Street Market and the BeltLine’s Eastside Trail, the four-unit 594 Irwin project replaces a corner commercial building that had been mostly vacant for a decade. It overlooks another formerly empty structure, David T. Howard Middle School, which Atlanta Public Schools has revived with a $50-million renovation and expansion.

Unlike that project, 594 Irwin incorporates a commercial space—2,250 square feet, plus another 325-square-foot roof deck—to provide a variety of uses. According to architect Jordache Avery, principal of the Xmetrical firm, an office tenant had been signed prior to the COVID-19 pandemic but opted to back out. 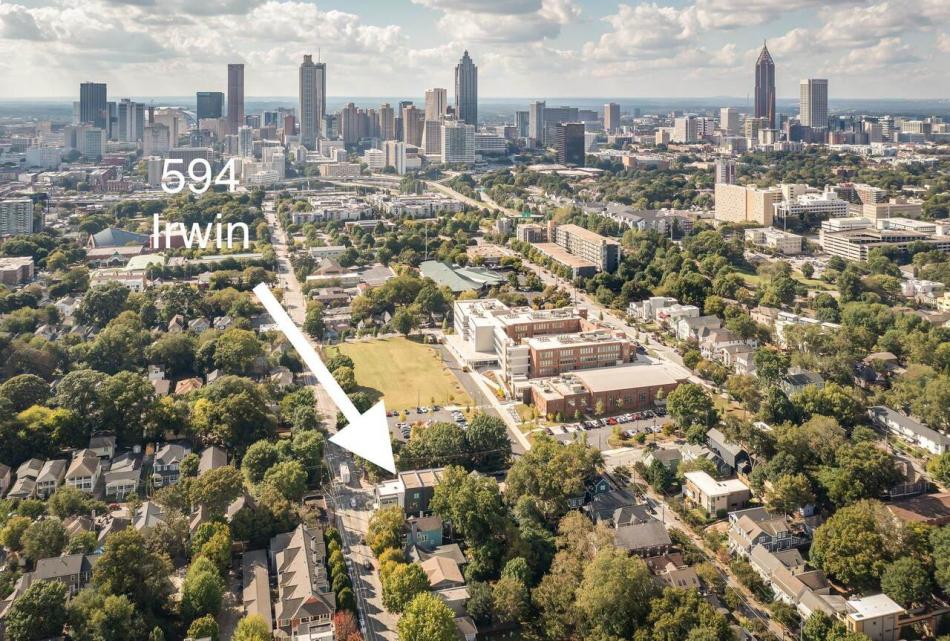 Listing agent Sara Lee Parker, an associate broker with Keller Williams Realty Intown Atlanta, says the builder is planning to hold onto the office space and build it out for a tenant later, at an undetermined price. Contractor LukeBuilt was also involved in the project.

Speaking of, one of three townhomes offered at the property has sold for $859,000. The remaining two listed in late October for $10,000 less, including the corner unit. 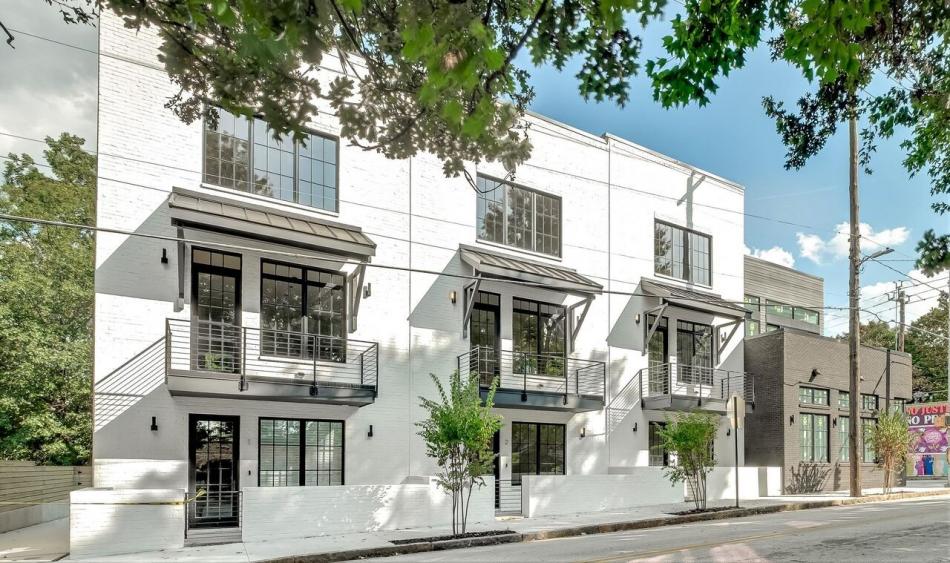 That buys three bedrooms, four bathrooms, and one ethanol-burning fireplace in 2,073 square feet—for a breakdown of $409 per square foot—atop two-car garages.

Another pertinent number for development of this type: the 95 “Walker’s Paradise” Walk Score, which is top-shelf for Atlanta.

Avery, the architect, says the project had to be rezoned from a duplex classification in order to get the right mix of density and uses. 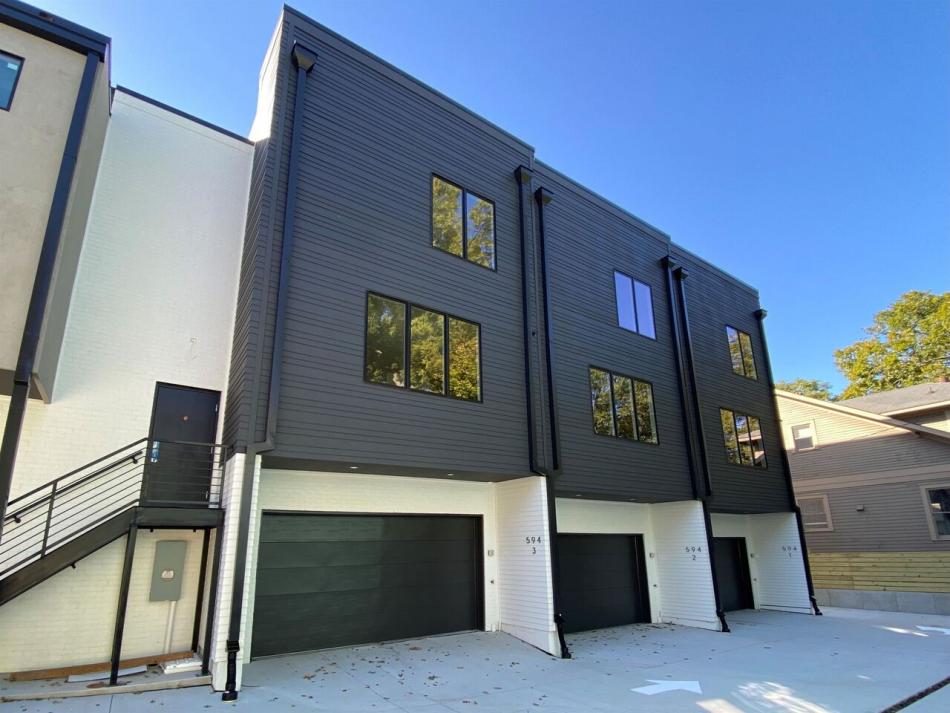 Garages tucked toward the back of the property. Keller Williams Realty Intown Atlanta; photography by Lynda Coffey

Being in a transitional subarea of the King Historic District, part of the architecture was inspired by more industrial buildings and corner stores of yesteryear Atlanta, Avery says.

“However, turning the corner and heading toward Krog Street, we wanted to push the aesthetic just a bit more modern,” Avery wrote via email. “The corner commercial use pays homage to the story [former longtime Atlanta City Councilmember] Kwanza Hall told about growing up in the neighborhood and frequenting the previous corner store.”