Plans have evolved for the latest Memorial Drive infill housing project to break ground, and as with residential real estate across Atlanta in the past two years, that includes a significant price bump.

When the proposal first came before the Kirkwood Neighbors Organization last summer, each of the JDW Development homes was expected to span roughly 2,600 square feet, with prices between $650,000 and $750,000.

Sara Lee Parker, a Realtor with Keller Williams Intown Atlanta, said specs and features are still being finalized, but homes are now expected to span between 2,600 and 3,000 square feet, with a corner unit (Lot 3) having a bonus basement option. 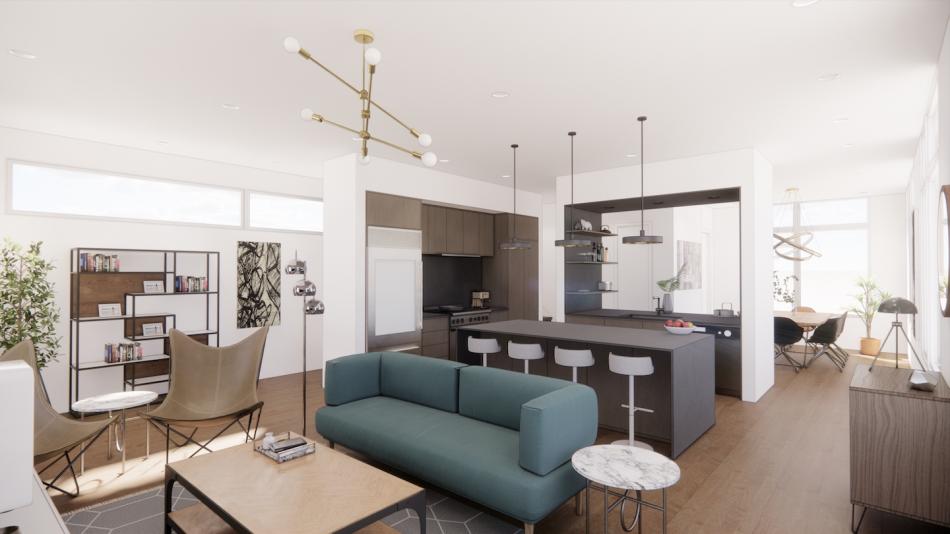 Each home will have four bedrooms, four and ½ bathrooms, and two-car, rear-entry garages. Outdoor spaces will include rear decks off the main living levels, and rooftop terraces on the third floors with views across nearby blocks.

It’s being built by JDW Development, with designs by Xmetrical, an architecture firm with modern-style homes and commercial ventures dotted across Atlanta.

Like another property across the street, the 2246 Memorial Drive site was home to a former small church—Zion Pentecostal Evangelistic Church of God in Christ—that hadn’t been used regularly for years. On the block south are Drew Charter School facilities and the East Lake YMCA.

Earlier this month, Empire outlined plans for 81 more townhomes that would claim yet another Memorial Drive church property on land that’s been annexed into the City of Atlanta. That site is located a half-mile west of JD Kirkwood’s location.

Head to the gallery above for more context and a look at planned interiors and sample floorplans for JD Kirkwood. [NOTE: The floorplans were released to inquiring media by mistake and have since been removed from this story, per the sale team's request.]