As developer interest fingers out from traditional high-rise hot zones such as Midtown, things are once again looking up for the Westside.

A project that could bring more than 20 stories of vertical construction to the northern fringes of Bankhead is in the works, marking the latest investment along a BeltLine trail segment opened last year that links downtown Atlanta to the loop’s western rim.

According to plans presented to the BeltLine Development Review Committee by Flippo Civil Design and Grind Capital Group, the 222,640-square-foot building would include 310 apartments with access to the Westside BeltLine Connector trail.

Below the rentals, plans call for 7,570 square feet of retail space at the ground floor and 218 parking spaces in a garage. 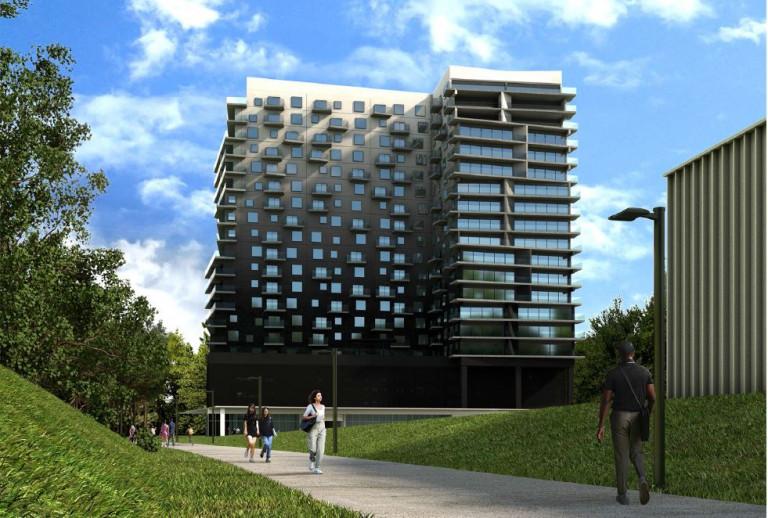 The eastern facade of the proposed apartment building, with the Westside BeltLine Connector trail depicted near its base. Flippo Civil Design/Grind Capital Group; via BeltLine DRC

As is, the 1060 Jefferson Street property is home to a two-story brick structure and a barren lot, positioned among a row of industrial buildings and surface parking. It’s zoned MRC-3, which allows for relatively dense mixed-use development.

It wouldn’t be the only substantial, recent investment in the area.

The site is directly across the trail from Brock Built Properties’ Ten29 West townhome project in Bankhead, where listing prices currently start at $709,900. Just north of the property is QTS’s massive Westside data center, which is undergoing an expansion with plans to eventually add townhomes. 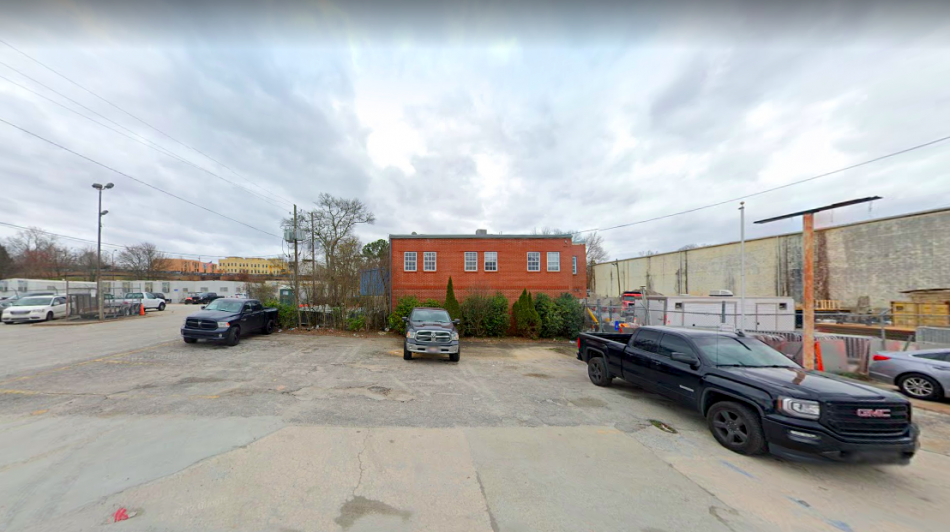 The Jefferson Street property in question, as seen in February, with Bankhead townhomes priced from the $700,000s under construction at left, across the area's BeltLine connector trail. Google Maps

Records indicate the 1.1-acre Bankhead property was purchased in October last year for $1.83 million by an LLC called Jefferson BeltLine.

Among their recommendations in July, BeltLine DRC members asked the development team to revise a “blank bank” around the parking area and to incorporate better screening and different colors. 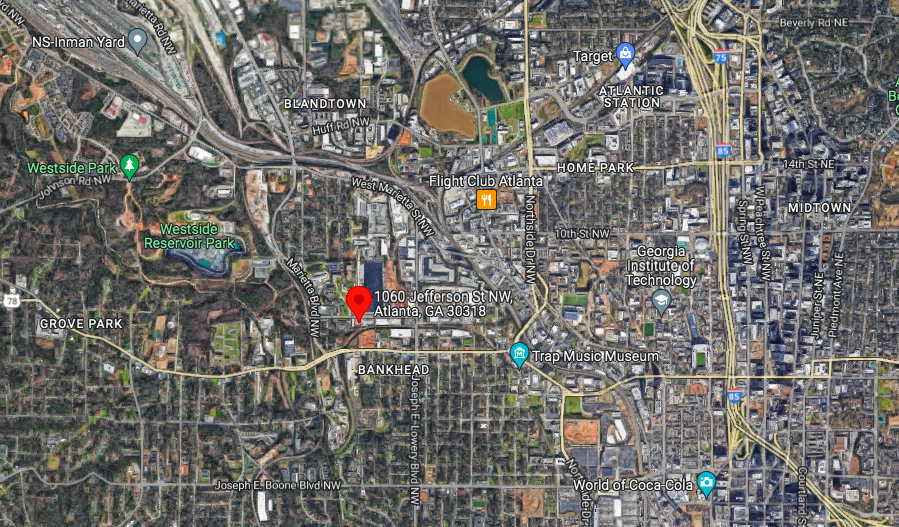 The 1-acre property at 1060 Jefferson Street, in relation to Westside Park and Midtown. Google Maps

A representative from Flippo Civil Design told the board they're pursuing a construction loan via Invest Atlanta and intend to set aside 20 percent of the apartments, or roughly 60 units, as affordable housing at 60 percent of the area’s median income, according to a meeting recap.

We’ve reached out to project officials for word on a potential groundbreaking and other details. This story will be updated should further information come.