A grand opening is happening this morning for a Bankhead infill project billed as “affordable living near the BeltLine,” continuing the city’s push for more accessible housing near the growing multi-use trail corridor.

Atlanta Mayor Andre Dickens and BeltLine president and CEO Clyde Higgs were scheduled to cut the proverbial ribbon and lead tours alongside Prestwick Companies developers and other dignitaries at the mixed-use venture called Parkside.

Offering one, two, and three-bedroom rentals, Parkside has finished construction at 1314 Donald Lee Hollowell Parkway, overlooking Microsoft’s ballyhooed future mixed-use campus across the street. The site was previously home to a small commercial building and ancillary structures, which were demolished in 2018. 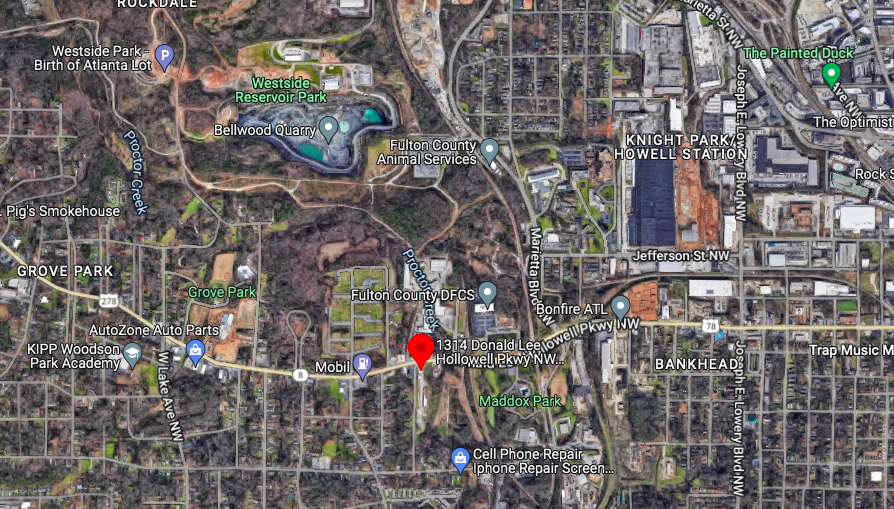 Today, the location offers quick access to transit at MARTA’s Bankhead station across the street and the scenic, three-mile Proctor Creek Greenway, with the new Westside Park now open just to the north. The final unbuilt segment of the BeltLine’s Westside Trail is located a couple of blocks east of the apartments, near the Maddox Park greenspace.

The project also includes a retail component along Donald Lee Hollowell Parkway. Marketing materials note the apartments’ close proximity to “some of Atlanta’s best dining and shopping in the Westside Provisions District,” too. 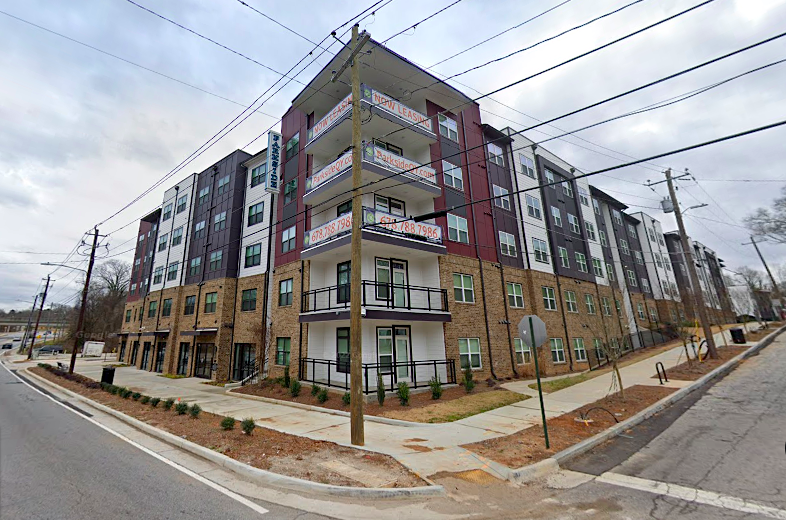 As for the units themselves, they range from one-bedroom, one-bathroom options with 687 square feet to three-bedroom, two-bathroom homes with 1,132 square feet.

According to Apartment Finder, rents range from $736 to $1,452 monthly. Amenities include multiple communal spaces, an expansive gym, business center, and conference center, per project reps.

When Parkside was announced as the first phase of Quarry Yards in 2018, the unit count was 177. Eighty-five percent of the apartments were planned to be offered to residents earning 60 percent of the area’s median income or less, with the other 15 percent capped at 80 percent of AMI. 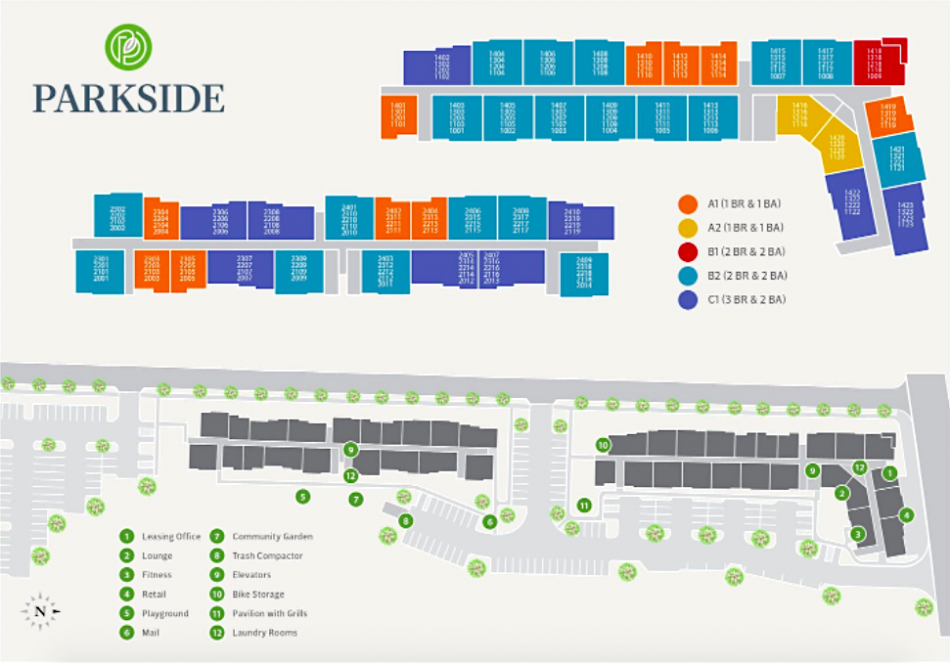 The site plan, with DLH Parkway depicted at right. Parksideqy.com

For now, the location’s 19 Walk Score clunks as “car-dependent,” and the 20 Bike Score as “somewhat bikeable,” though the 51 Transit Score comes in stronger at “good.”

With the passage of the Moving Atlanta Forward infrastructure package last month, along with the BeltLine’s accelerated construction and MARTA’s planned Bankhead station expansion, logic says those scores should improve sooner than later.