Constructed with cross-laminated timber, the four-story, 300,000-square-foot office building has been christened 765 Echo and is scheduled to open in the spring. The placement of its last rooftop beam means all components of Echo Street West’s first $265-million phase have now topped out, Lincoln officials said this week. 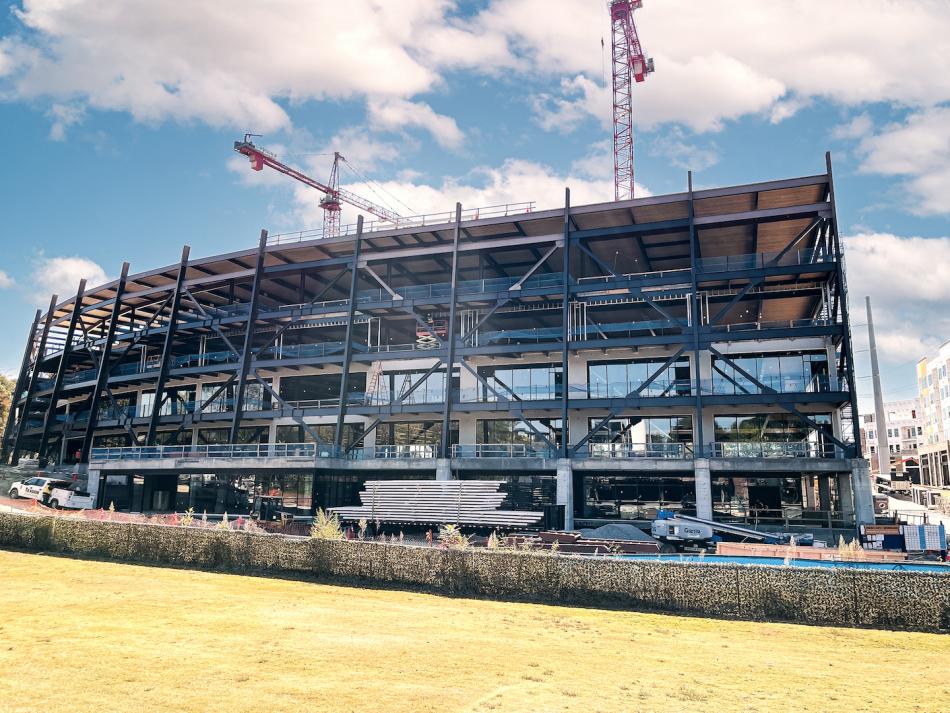 The 765 Echo office component as it stands today. Courtesy of Lincoln Property Company

Other features of the building include 15 to 20-foot windows, 360-degree views from core-free floors, and 29,000 square feet of tenant balconies large enough for social gatherings, fitness classes, and conferencing, per the developer. 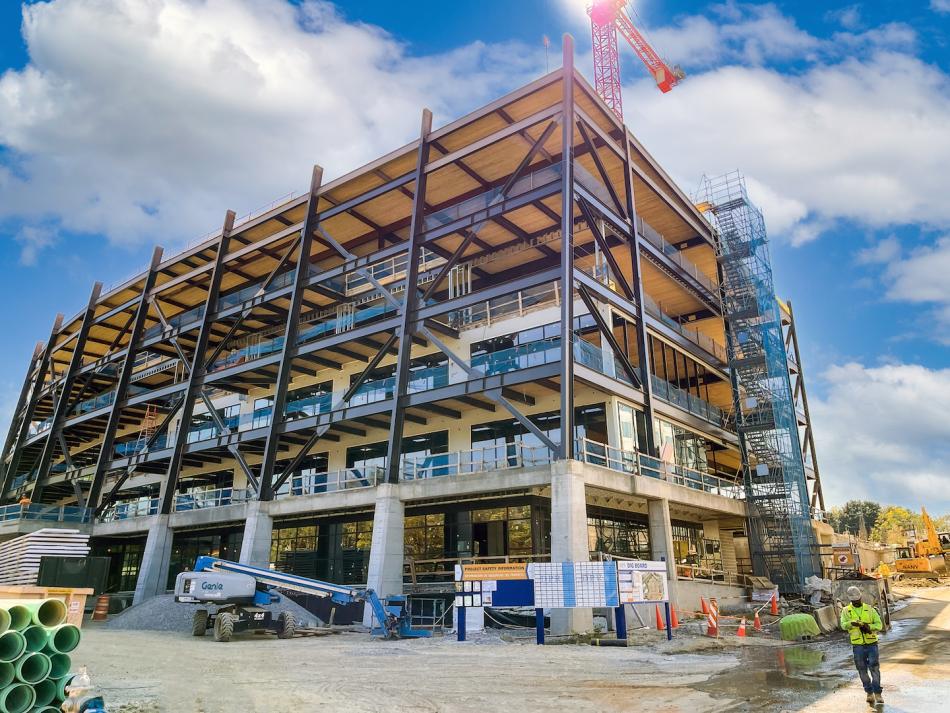 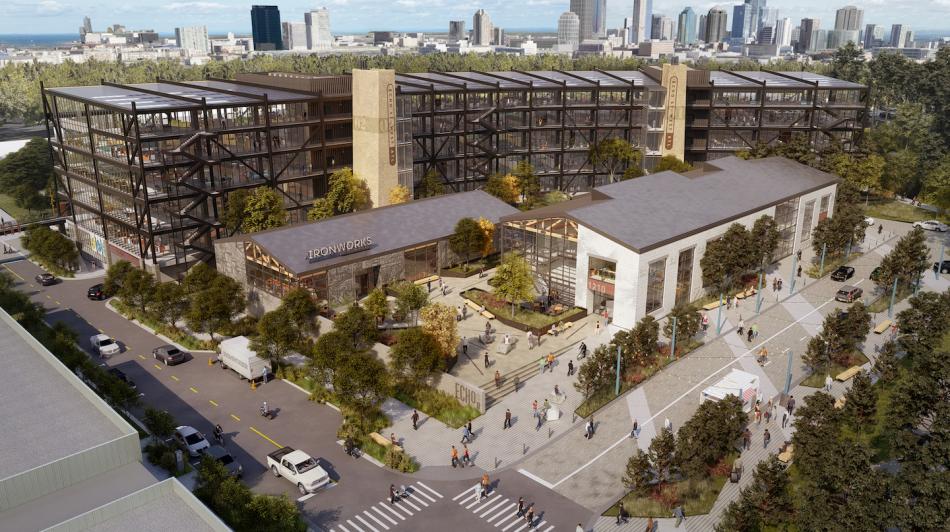 Elsewhere on site, construction continues on the project’s first residential piece, Vibe, a six-story, 292-unit apartment community where 20 percent of rentals will be reserved for households earning up to 80 percent of the area’s median income. Lincoln reps say apartment pre-leasing is scheduled to begin this year. 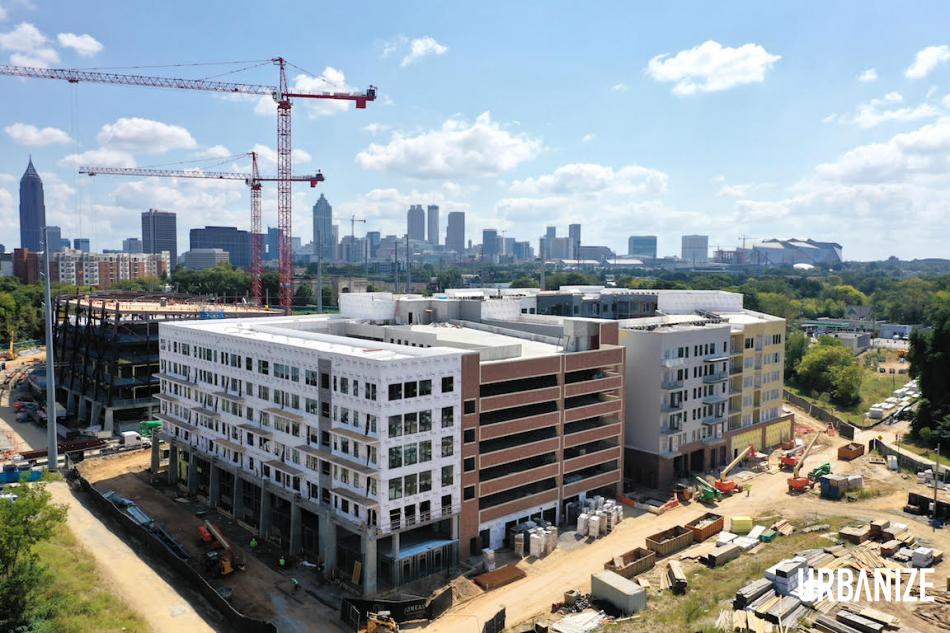 As seen last month beside the offices, the 292-unit Vibe at Echo Street West apartments are the project's first residential component.

Vibe will include 20,000 square feet of retail at the base level, fronting the Westside BeltLine Connector trail and Echo Street with spaces meant for outdoor restaurant dining or "vibrant storefronts," per Lincoln. A storage and repair area with space for 100 bikes, a 4,000-square-foot rooftop amenity space, courtyard, podcast studio, maker’s room, and pet spa are also in the mix for Vibe.