Travelers along West Marietta Street in recent weeks have noticed something big afoot in the quickly developing neighborhoods west of Midtown.

The site in question includes a sizable amount of fenced-off land on the backside of the forthcoming Westside Paper project, next to a vacant industrial alley where a BeltLine spur trail is planned.

By all indications, it’s the makings of the largest data center in the Southeast growing even larger, expanding a 100-acre campus across 36 more acres where a variety of uses are eventually planned.

QTS Data Centers filed plans last summer with the City of Atlanta and BeltLine development arbiters to begin construction on what’s been titled "Project Granite." Per the filings, the first phase will include 1.15 million square feet of development—the bulk of it two data centers, plus roughly 250,000 square feet of offices. 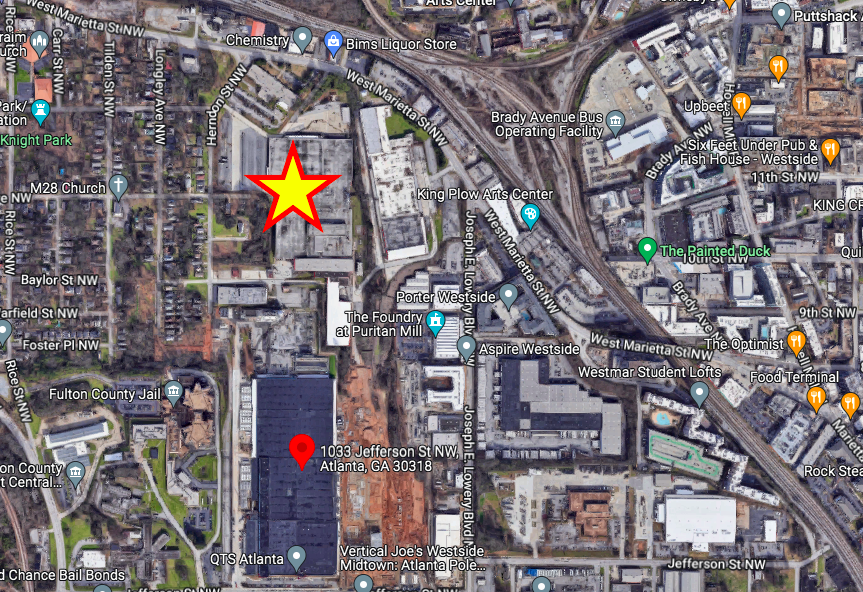 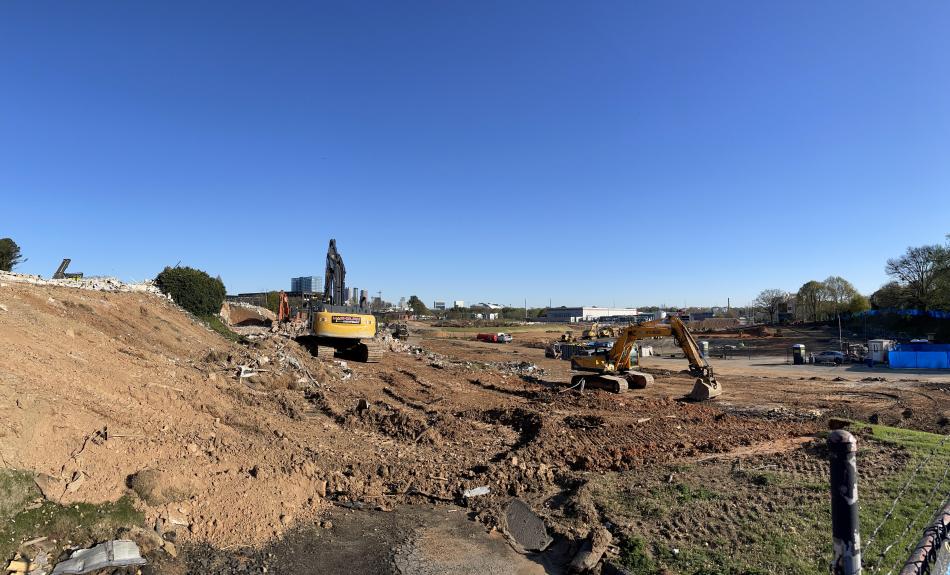 A block south of QTS’ property in the Knight Park/Howell Station neighborhood is the Westside BeltLine Connector trail opened last year—and recently extended by a mile as part of the BeltLine’s Westside Trail.

The data centers are located along the western side of a planned BeltLine spur though the area that would link West Marietta Street to points south. 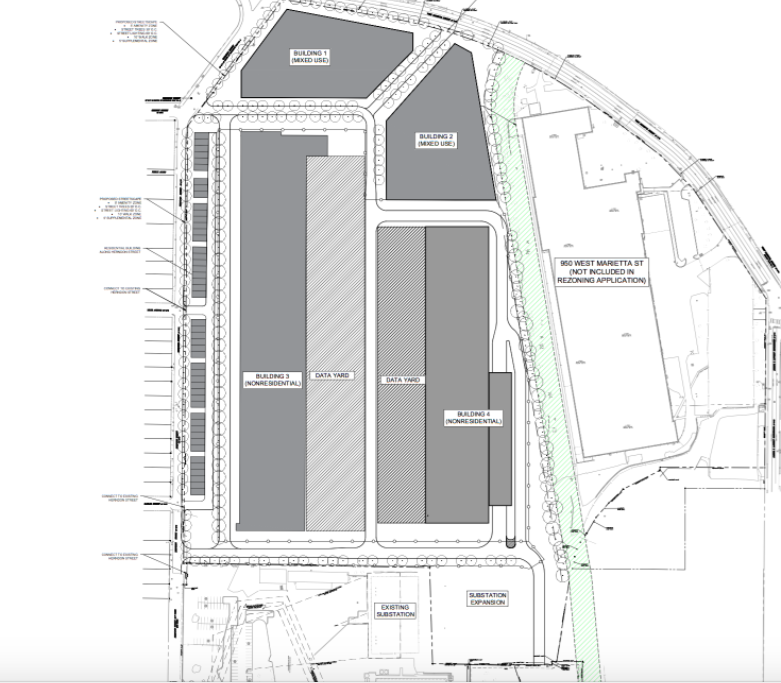 Overview of QTS' eventual expansion plans across two phases, with the BeltLine spur corridor at right. QTS/City of Atlanta Office of Zoning and Development

QTS’ plans for remaining phases include a 350-unit residential building at the corner of West Marietta and Herndon streets, 50 townhomes along Herndon Street (bordering the Howell Station neighborhood), and a commercial building on the section northeast of the data centers. Roughly 2,650 parking spaces are planned for future residents and office workers, as What Now Atlanta has reported.

QTS officials had indicated in project filings they hope to complete the expansion in 2024.

Meanwhile, the adaptive-reuse Westside Paper project next door, a joint venture between Third & Urban and FCP, expects to open its first phase this quarter. Developers in December announced that the initial tenant lineup will include four restaurants.