A project that developers and city officials say will open the door to homeownership for Westside Atlanta residents is barreling ahead—by barreling over a former rental community.

Across the street from Vine City’s new centerpiece park, the 73-unit townhome venture—fittingly called Parkview—has completed demolition of Villas at the Dome, a longstanding rental complex tucked off Northside Drive in the shadow of downtown.

The rental community’s replacement, project leaders have said, will provide locals the chance to buy townhomes and build wealth through equity. A ceremonial groundbreaking was held back in November. 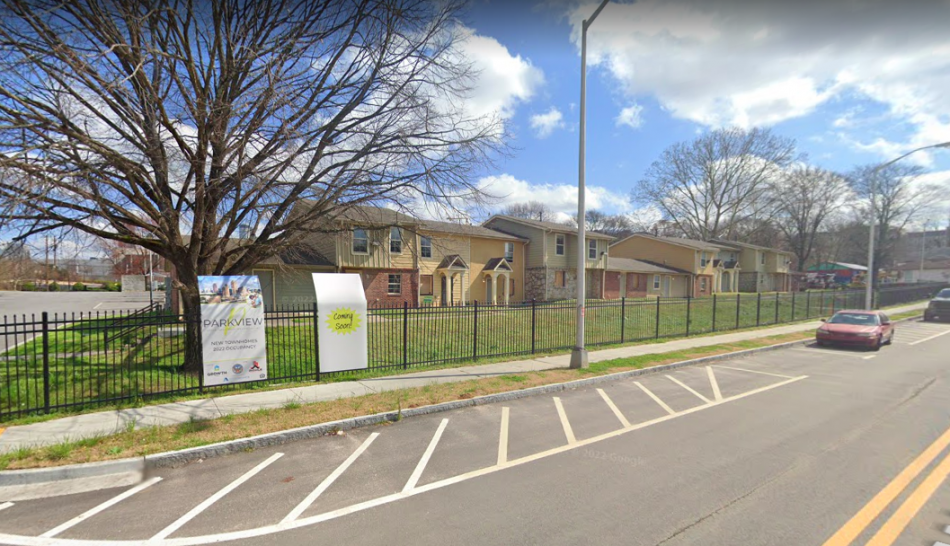 The site, as seen in February, was previously home to a rental community called Villas at the Dome.Google Maps 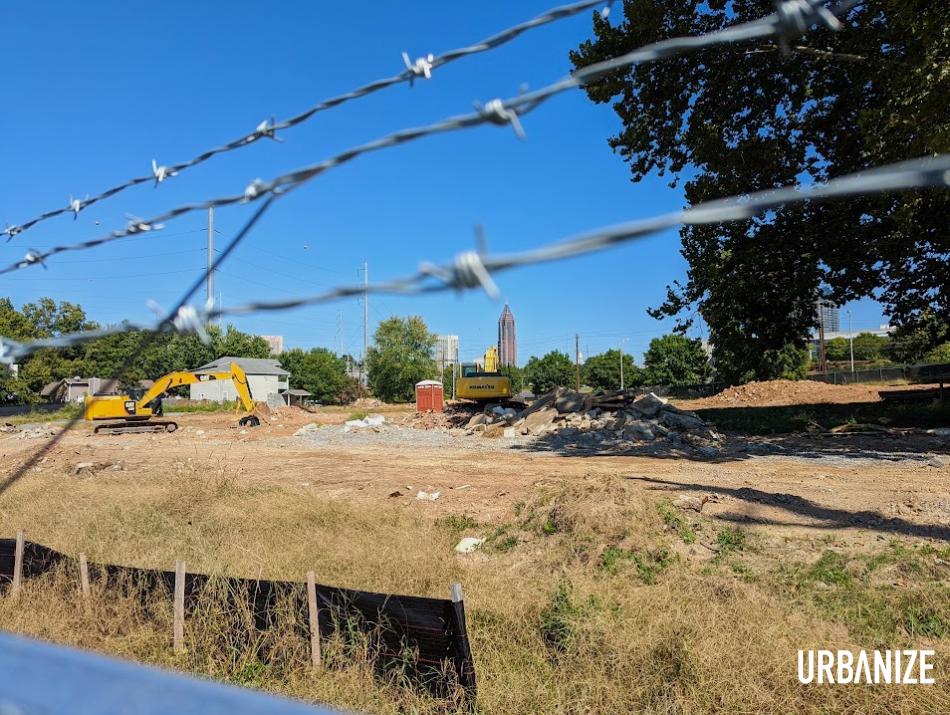 The Parkview development site is located on a block immediately east of the new 16-acre Rodney Cook Sr. Park, which opened in summer 2021 and is proving itself a magnet for investment—be it land deals, multifamily development, or single-family home rehabs.

Parkview’s plans had initially called for two of the existing rental buildings—18 townhomes total—to be renovated and incorporated into the new construction. Being that the full block has been cleared, as proven by a recent site visit, those plans have clearly changed.

Growth By NCRC spokesperson Lynda Belcher tells Urbanize Atlanta plans changed “because the cost to retain and renovate those [previous] buildings was significantly cost-prohibitive.” The revised plans will allow for 11 additional townhomes to be built.

That “allows us to deliver brand-new, four-bedroom townhomes while assuring that at least 20 percent of the units within this community remain permanently affordable, which is what we committed to at the outset of this project,” Belcher wrote via email. 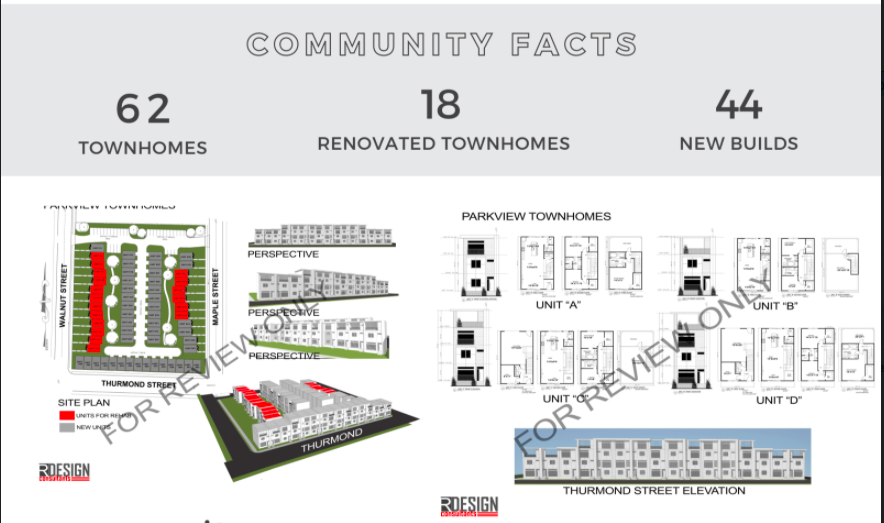 A preliminary site plan provided by developers, illustrating where existing units were planned to be retained and how the new products would look. Courtesy of Riddle Property Group/GROWTH by NCRC

Growth By NCRC officials said last year the new townhomes would be open for occupancy in summer 2023. That timeline has been bumped back to next fall, Belcher said.

Belcher said it's "still a bit too early for us to lock into price ranges just yet" for the for-sale units. Developers had previously said 19 townhomes will be reserved as affordable housing for families earning 80 percent of the area’s median income.

“Ownership of the land will be placed in a land trust,” a Growth By NCRC rep wrote last year, “and [that] trust will manage the policies and procedures pertaining to the affordability requirements, including subsequent [homeowner] sales.”

All 73 townhomes at the mixed-income community will range between 1,151 and 1,641 square feet. 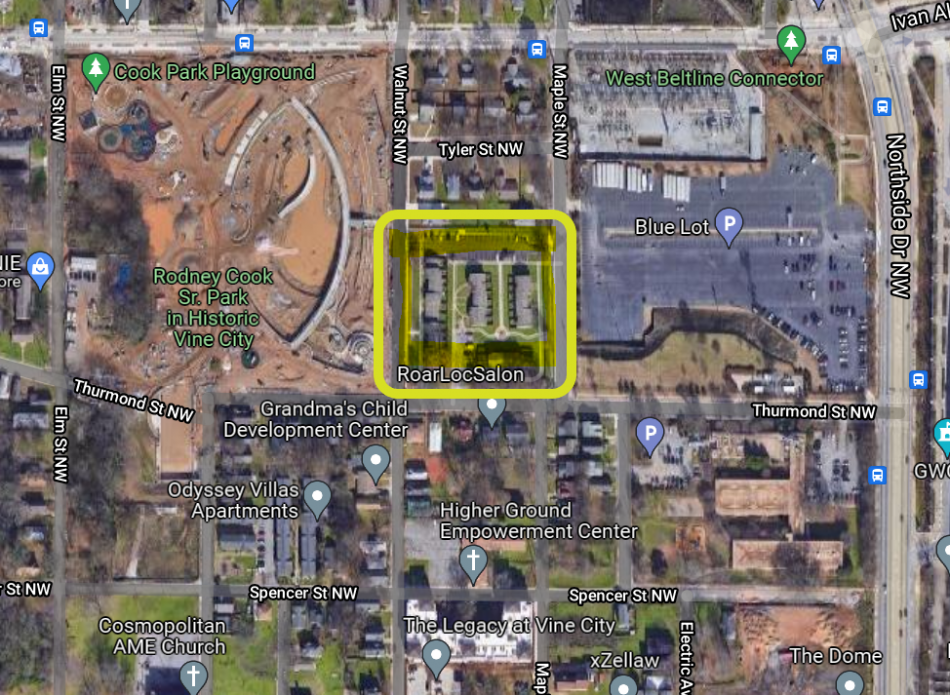 The block in question, as Cook Park construction was ongoing to the west. Courtesy of Riddle Property Group/GROWTH by NCRC

GROWTH by NCRC specializes in providing homeownership for low and moderate-income people, focusing on communities of color. The initiative had invested roughly $125 million in about 800 homes nationwide over the past five years, company heads said in November.

Additional funding from Invest Atlanta is expected to help buyers that meet income qualifications with down payments and closing costs. Today, nearly 75 percent of housing is rental units in Vine City, which has grappled with crime, blight, poverty, and displacement for decades. 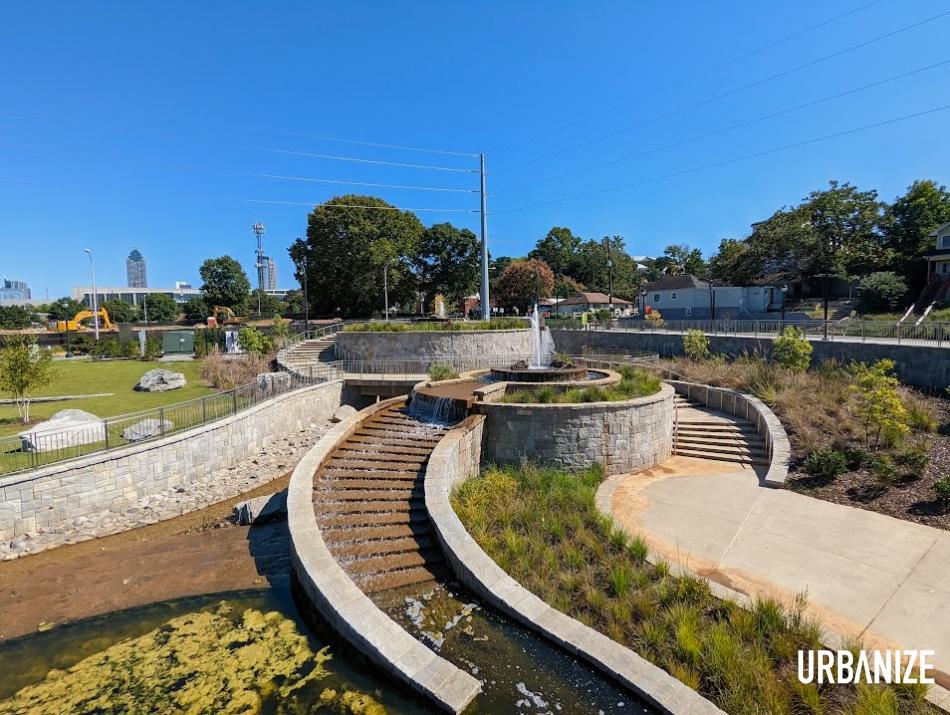 Invest Atlanta officials have described the Parkview project as “the ideal Transit-Oriented Development,” with Vine City MARTA station located .4 miles to the south, and the main entry to the Westside BeltLine Connector less than a block away. Head to the gallery above for a closer look.