The potential of new Atlanta greenspaces to be agents for investment and change is playing out right now in what’s become a hot pocket of real estate in Vine City, a historic but beleaguered neighborhood in the western shadows of downtown.

A portion of the land overlooks the new park—and the skylines of downtown and Midtown beyond that. 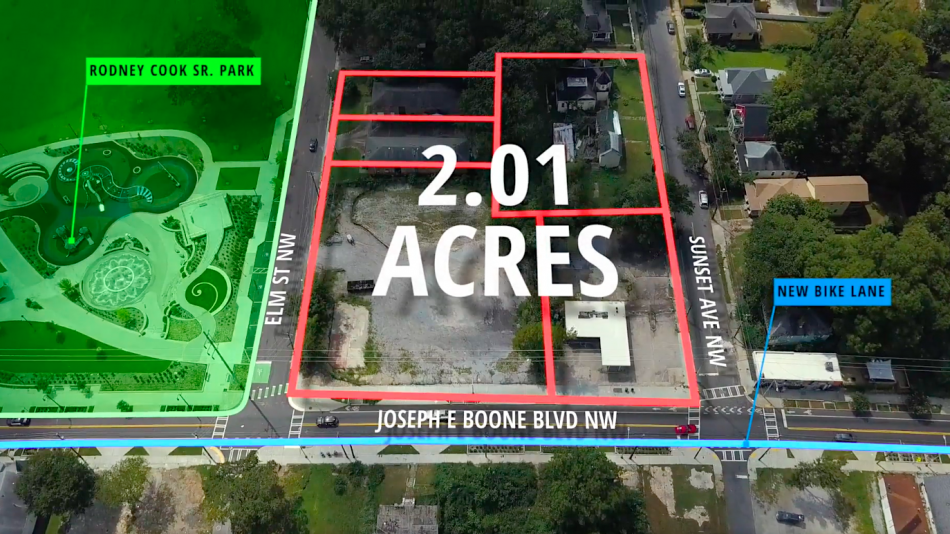 The properties in question are home to former apartments (Wachendorff Gardens), a commercial building along Joseph E Boone Boulevard, another empty residential structure, and a corner lot of vacant land.

Dany Koe, Colliers’ vice president in Atlanta, says two offers on the property are expected to be submitted as early as today, after a promotional package including a video was compiled.

Koe declined to name potential buyers and said it’s not yet clear what might be developed on the site. No one involved in the deal has shared the asking price. 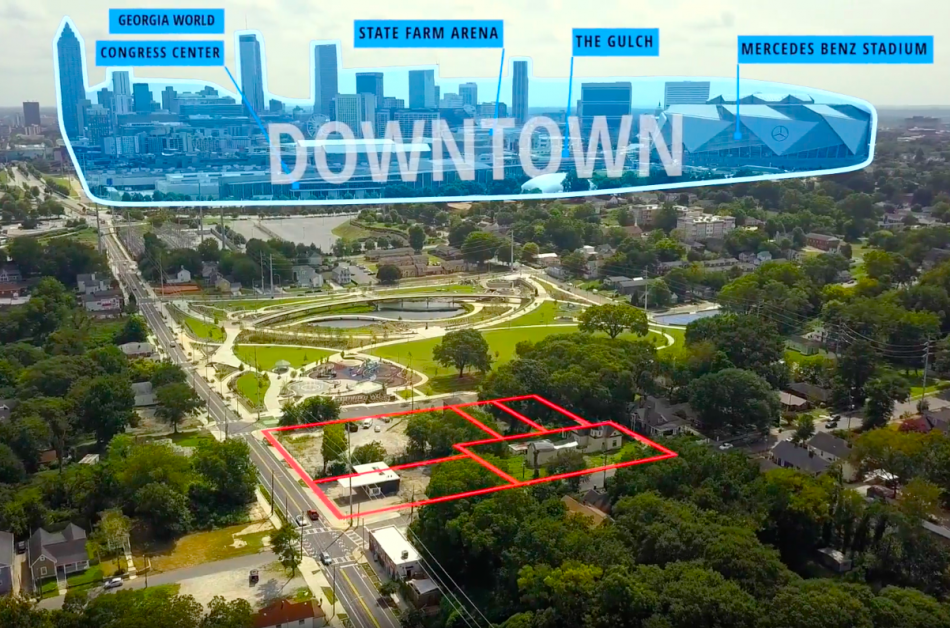 The assembled 2 acres in relation to Cook Park, Mercedes-Benz Stadium, and other downtown landmarks. Courtesy of Colliers

Longtime Vine City real estate investor James Arpad owns the apartments that overlook the park and roughly a .8-acre parcel behind it. Arpad tells Urbanize Atlanta he was enlisted by the property owner next door to include his holdings in the deal, to allow for a larger and more marketable assemblage of land.

The promise of revival—alongside heightened gentrification concerns—has heated up in Vine City and neighboring English Avenue as projects such as Mercedes-Benz Stadium and the new Westside BeltLine Connector have come together next door. 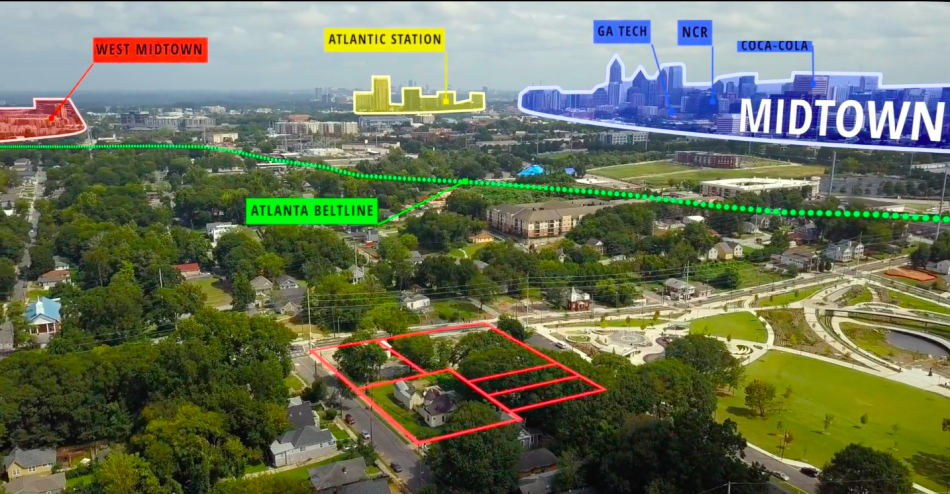 This angle illustrates proximity to another recent addition in Vine City and English Avenue, the Westside BeltLine Connector. Courtesy of Colliers

But even during charrette stages, neighbors expressed concerns that such an amenity could rapidly accelerate housing price increases. (One seasoned Vine City flipper said earlier this year he was having difficulty even listing his renovations before they would sell.)

The land deal next to Cook Park’s northwestern section isn’t the only potentially big development afoot.

On the flipside of the park, near the Georgia World Congress Center, a rental community called Villas at the Dome is expected to be redeveloped into 70 for-sale units with backing from Invest Atlanta.