In another sign of progress, the initiative to cap a 3/4-mile section of downtown’s Connector with greenspace, plazas, and more has launched an official website as a one-stop shop for visuals, background, and forthcoming updates.

Fresh off a $1.16-million boost for Stitch engineering work from federal coffers last month, Central Atlanta Progress this week announced the website—thestitchatl.com—has gone live. It includes information and visuals on the site’s historical context, the latest renderings, and a digestible FAQ section for how the 14-acre project would mend “a torn fabric” that’s existed since freeways sliced downtown nearly 70 years ago.

The Stitch’s vision plan subdivides the downtown park concept into a chain of distinct new spaces, as the website illustrates. 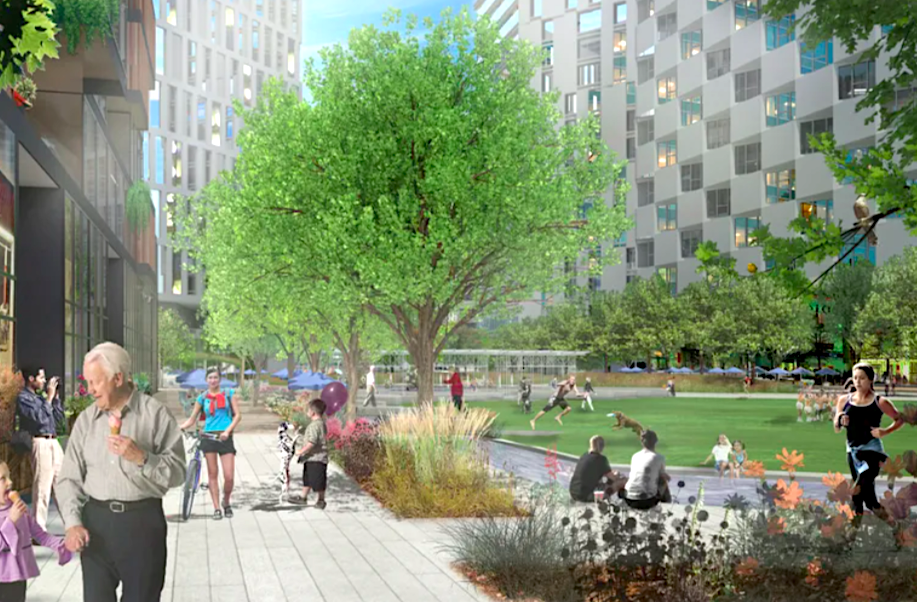 Those would be called Peachtree park (an active greenspace to serve as a magnet for adjacent development); Hospital Square (an urban plaza bookended by St. Luke’s Episcopal Church to the east and MARTA’s Civic Center station to the west); and Energy Park (described as the Stitch’s verdant “front yard,” it would act as a sort of sub-stitch linking together nearby hotels to Georgia Power’s headquarters and the Civic Center redevelopment site.)

Per the website, the cost for all Stitch sections has bumped up to $713 million, though that’s likely to change as engineering and design phases are modified and finalized in coming years. 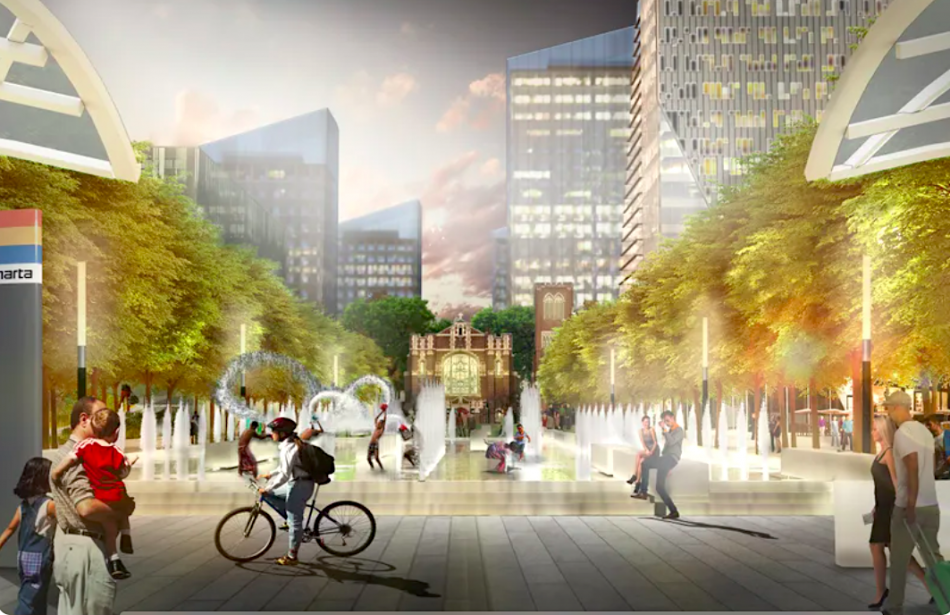 Central Atlanta Progress, the Stitch’s spearhead since inception, estimates the project could take a decade to fully construct and open over the Connector, near the point where downtown’s northern blocks meet Midtown. Construction could begin by 2026, with an estimated completion at the earliest in 2032, per the website. (Earlier estimates forecasted construction starting at least a year sooner.)

So far, the city, Atlanta Downtown Improvement District, and federal government officials have channeled about $15 million toward making the Stitch a reality. Other potential funding sources could include philanthropy and mechanisms such as tax allocation districts. 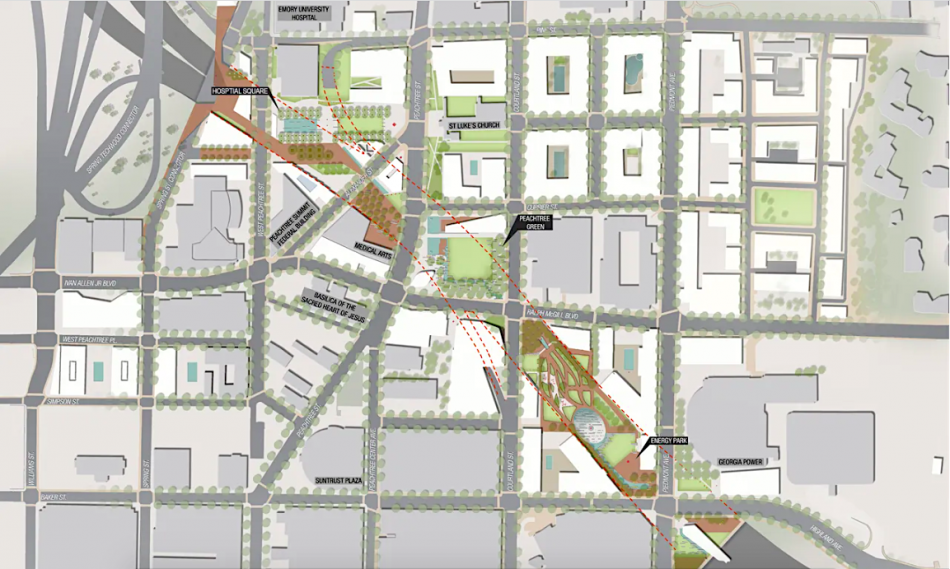 The Stitch, if fully realized, would be almost as large as 16-acre Rodney Cook Sr. Park, which opened last year in Vine City on the flipside of downtown. It’s one of three major highway-capping proposals in the city currently in fundraising mode. The others are Buckhead’s HUB404 and the largest by far, the Midtown Connector.

As the Stitch’s new website states, nailing down an exact timeline and cost is difficult in such early stages, as “[p]rojects of this scale and magnitude are a once-in-a-generation opportunity.”