HUB404 Conservancy has taken what the nonprofit organization calls an important step toward creating a half-mile park and gathering place from thin air in the middle of Buckhead.

The conservancy’s board announced today that Anthony Rodriguez will be installed as the agency’s first executive director, tasked with guiding the next phases of funding and development for HUB404, the 9-acre “cap park” that’s been envisioned for years over Ga. Highway 400.

No, Rodriguez isn’t a titan of Atlanta real estate development or Fortune 400 honcho. He’s the cofounder, president, and CEO of the Aurora Theatre in Lawrenceville, the state’s second-largest nonprofit pro theater production company.

Rodriguez’s decades of experience in nonprofit leadership and ability to cull funding from private and public sources “makes him well-suited to secure the support needed for a project of [HUB404’s] scale and turn it into a reality,” said the conservancy’s interim chair, Court Thomas, in a media release today.

In Gwinnett, Rodriguez has grown Aurora Theatre since the 1990s from a startup with one employee and a $50,000 budget to a respected, professional company with about 30 employees and a $4.2-million annual budget. The theater’s $45-million arts center opened last fall. 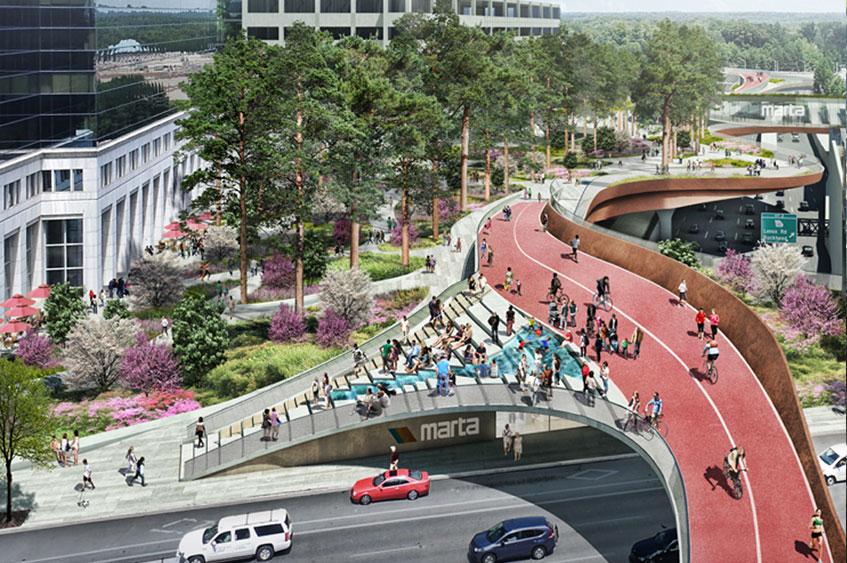 Rodriguez is a board member with the Gwinnett Chamber of Commerce and Georgia Hispanic Chamber of Commerce. He also assists the Atlanta Regional Commission and National Association of Latino Arts and Cultures, as the HUB404 Conservancy noted. He called HUB404 an “innovative and transformative project” that’s “exactly what is needed to bring urban sustainability and economic development together in the heart of Buckhead.”

Rodriguez will lead a 15-member HUB404 board with members who count backgrounds in private and public sectors, including finance, real estate, and local cultural attractions. 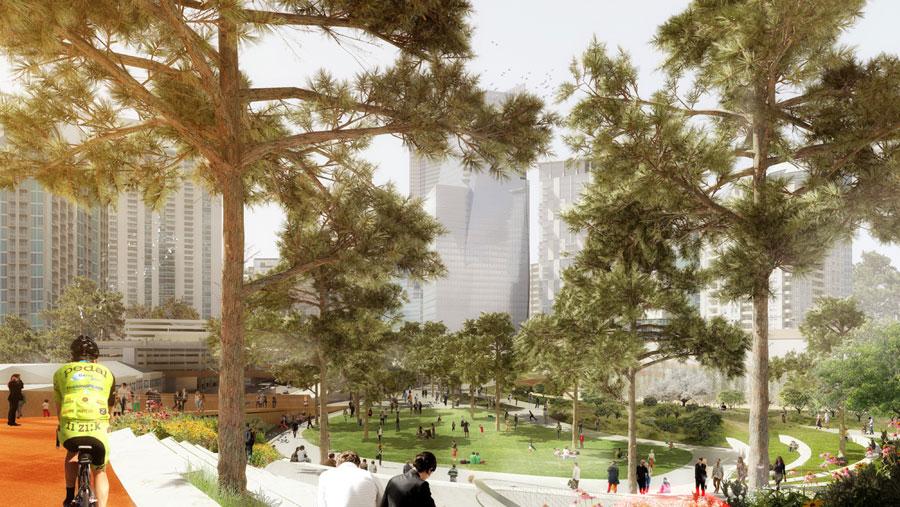 The ambitious goal of capping Ga. Highway 400's commuter gulch with greenspace dates back to 2015, when a feasibility study received its first $10,000 from the Buckhead Community Improvement District.

The HUB404 project had its greatest momentum following a fundraising and publicity push in late 2019, but as COVID-19 locked down society, Durrett said the HUB404 dream had all but gone into “hibernation” the following year. The goal had been to engineer, construct, and fully open HUB404 by 2025.

Durrett told Urbanize Atlanta in January the HUB404 Conservancy had resumed private fundraising efforts and was pursuing a federal grant. The revised goal is to be under construction on HUB404 by 2025, should fundraising efforts pan out, Durrett said at the time.

HUB404’s features would include a grand plaza, cafes, an amphitheater, and paved walking and bike trails. Connections to the PATH400 greenway (and by extension, the BeltLine), Peachtree Road, and MARTA’s Buckhead rail station would also be built.

Project backers have called HUB404 the country’s first transit-oriented park and an urban “crown jewel,” affording Buckhead its own version of Dallas’ celebrated, highway-topping Klyde Warren Park, but at almost twice the size. 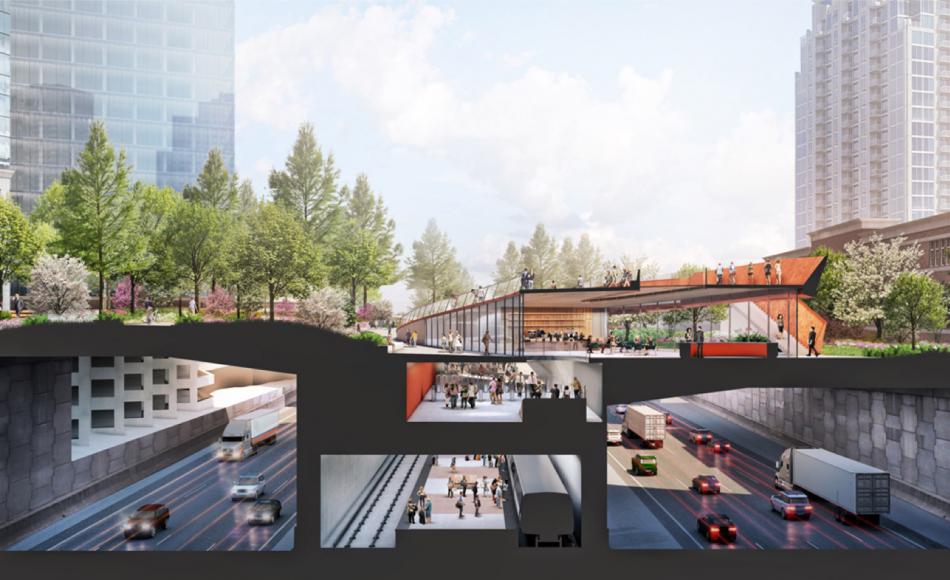 HUB404 leaders have long said funding to foot the engineering and construction costs would come from a mix of private and public funds. Early, pre-inflation cost estimates for HUB404 hovered around $200 million.