Could World Cup 2026 do for downtown Atlanta’s “Stitch” proposal what the 1996 Olympic Games did for Centennial Olympic Park?

Will gangbusters development in Midtown spur the need for more affordable, transit-connected living options fronting a new downtown greenspace—and will it all be financially feasible?

Could the Stitch be the city’s next Atlanta BeltLine or functional, beautiful Westside Park?

All of these questions should be top-of-mind for Atlanta urbanists following a town hall meeting last week at the College Football Hall of Fame, hosted by private business organizations Central Atlanta Progress and Atlanta Downtown Development District.

As Reporter Newspapers chronicled, the ambitious, highway-capping Stitch proposal has unprecedented momentum behind it as the clock ticks between now and the globally significant soccer tournament in about four years. Nonetheless, it'd be a hugely expensive undertaking in an era with soaring living costs and limited transportation progress, when two other Atlanta park proposals in the same vein (Buckhead’s HUB404 and the Midtown Connector) are also vying for planning and construction dollars. 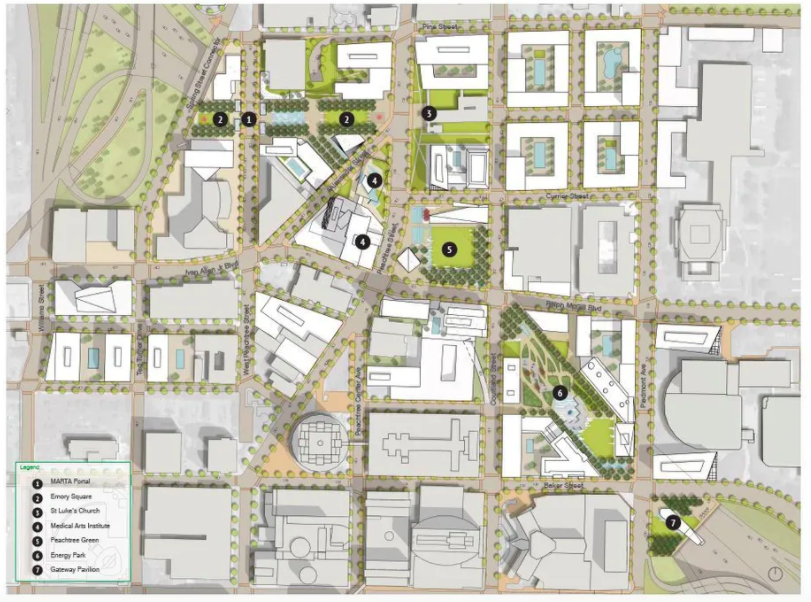 The Stitch, for the uninitiated, would consist of about 14 acres of plazas, paved trails, and greenspace elevated over the I-75/I-85 Connector, functioning to restitch downtown and Midtown back together after 70 years of being cleaved apart by expressways. It would stretch for about three-quarters of a mile, between the Civic Center MARTA station and just east of Piedmont Avenue; according to project backers, it would create a “world-class park” and spur a billion-dollar forest of new housing towers with easy transit access.

For context, the Stitch footprint would be almost as large as 16-acre Rodney Cook Sr. Park that opened last year in Vine City, on the flipside of downtown.

As of 2019, the Stitch was estimated to cost north of $450 million, with potential funding from state and federal grants, a new tax allocation district, donations, city funding, and public/private partnerships, according to the Urban Land Institute.

The concept first emerged to local fanfare six years ago this month, but it hasn’t progressed much beyond engineering studies and big talk. Until recently.

A.J. Robinson, longtime president of CAP and the downtown development district, told the newspaper the Stitch will create a “front yard” for both Midtown and downtown and be integral to “a time of renewal and exciting, new things,” as projects such as Centennial Yards take off. 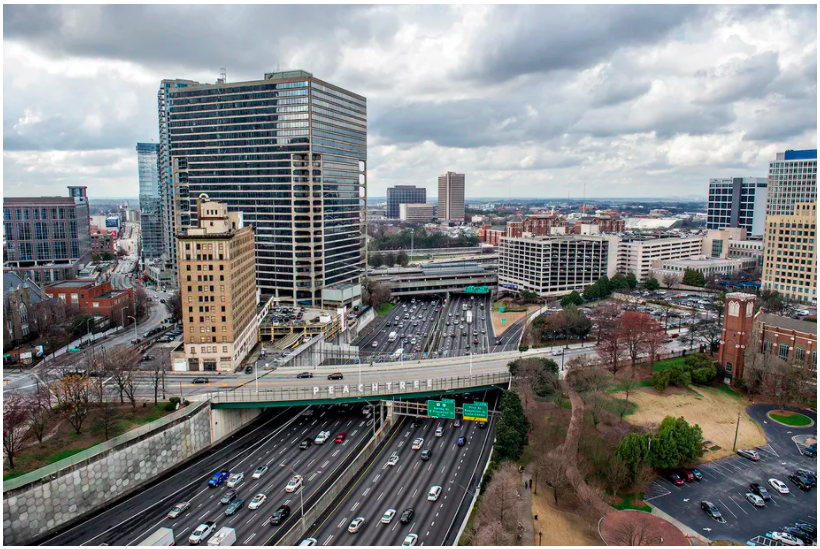 The project, Robinson noted, has finally received national attention in the form of a $900,000 grant administered by U.S. Department of Transportation Secretary Pete Buttigieg, who mentioned the Stitch by name last year as a Rebuilding American Infrastructure with Sustainability and Equity (RAISE) grant recipient.

Perhaps most significantly, Robinson said a full-time development manager was recently hired for the Stitch project, as CAP continues to apply for more federal cash from President Joe Biden’s infrastructure package. About $20 billion in funding, as the AJC has noted, was earmarked in that package last year to help reconnect neighborhoods spilt apart by infrastructure investments in decades past.

U.S. Rep. Nikema Williams successfully lobbied for more than $1 million in federal funding to help construct the park, describing it as a sound use of taxpayer dollars that would “improve mobility and access, create jobs, and boost economic and community development, and revitalize [downtown].” U.S. Sens. Jon Ossoff and Raphael Warnock have also publicly backed the project. Buttigieg called the Stitch a good use of old right-of-way that plans for America’s future priorities. 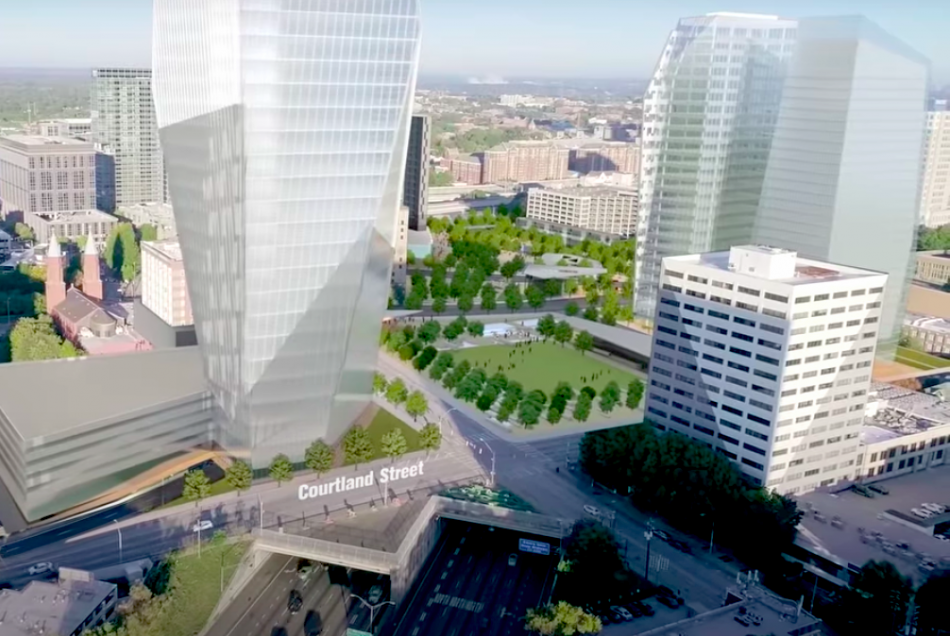 Robinson told the newspaper the Stitch is the kind of project that “really does qualify for those big dollars” coming from federal coffers.

But we’re curious, after so many years, how the general public feels about the Stitch’s prospects now. It all begs a simple question: