As it heads toward the home stretch of construction, a boutique Kirkwood project with a unique approach to mixed uses is hoping to capitalize on a surge of eastside investment and a reversal in the WFH zeitgeist.

Named for the historic Pratt Pullman District across the street, the Pullman Flats project broke ground more than two years ago, clearing away three older bungalows to construct what’s been called eastside Atlanta’s first ground-up new condo building since the Great Recession. (The 764 Memorial project in Cabbagetown took another project’s foundation, and other condo builds have since popped up near the BeltLine’s Eastside Trail.)

Pullman Flats officials tell Urbanize Atlanta the building topped out several months ago and is slated to wrap up “soon.” It includes 60 condos initially priced from $199,000 (441-square-foot studios that have sold out) up to current offerings at $570,000 (two-bedroom units with around 1,450 square feet).

In terms of amenities, plans call for a rooftop deck and grilling station, a clubroom with a bar, a communal terrace on the fourth floor, a fitness center, and a dog-washing room.

Another perk of the building could come closer to the street. 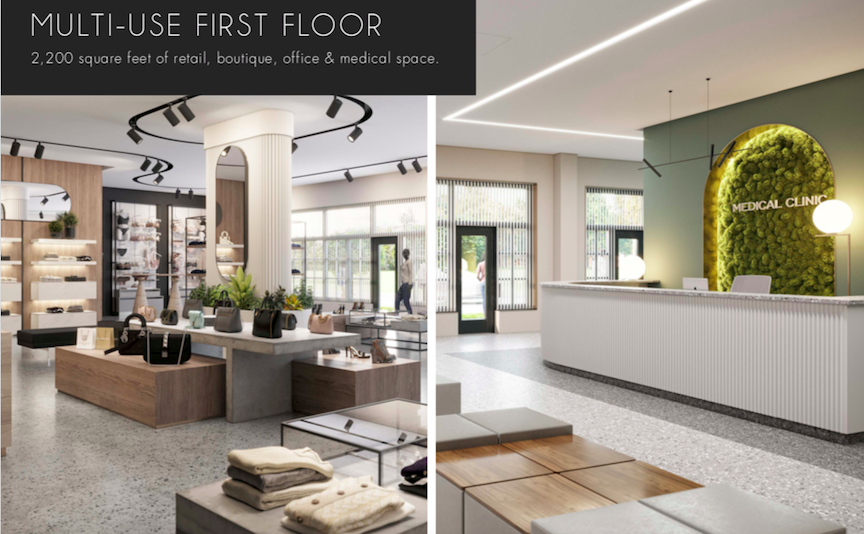 How retail spaces could be built out at street level. Courtesy of NAI Brannen Goddard

Non-residential spaces are taking shape at Pullman Flats that could house a range of retail and offices—or a single larger office tenant, according to leasing rep Eric Smith of NAI Brannen Goddard, the metro Atlanta subsidiary of NAI Global.

Those spaces, collectively called The Offices at The Pullman Flats, include a 2,400-square-foot suite on the first floor that could serve as street-level retail or offices.

Above that, 15,000 square feet of open-floorplan, creative office space is being built on the second and third floors. Spaces could be subdivided to as small as 3,750 square feet on each floor, Smith says.

“A single group could take a floor, a half-floor, a floor and 1/2, or the entire 15,000 square feet,” Smith wrote via email. “Our project delivers a collaborative creative open environment for teams to thrive.” 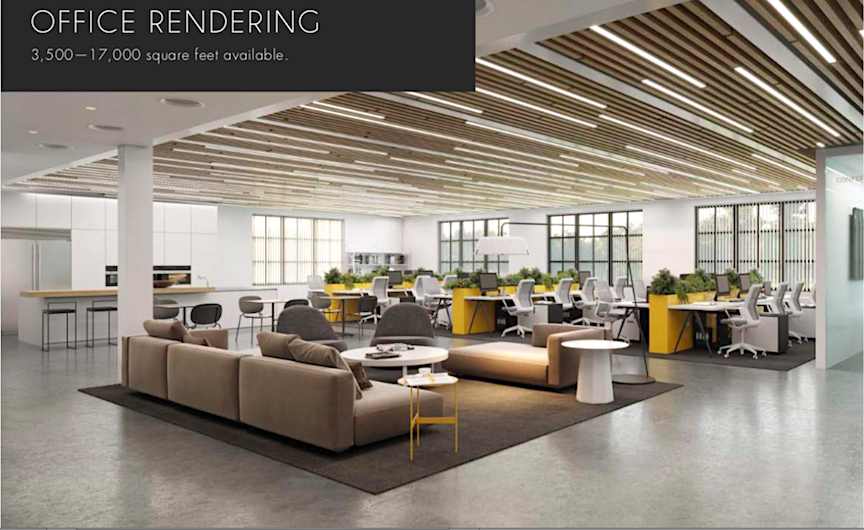 Smith noted that Pullman Flats will have “the highest onsite parking of any of the new intown projects” at three parking spaces per 1,000 square feet. The installation of parking for commercial spaces is expected to begin within roughly the next month, he said.

Officials have previously said the project will bring 63 embedded parking spaces to a site spanning less than an acre along Rogers Street. 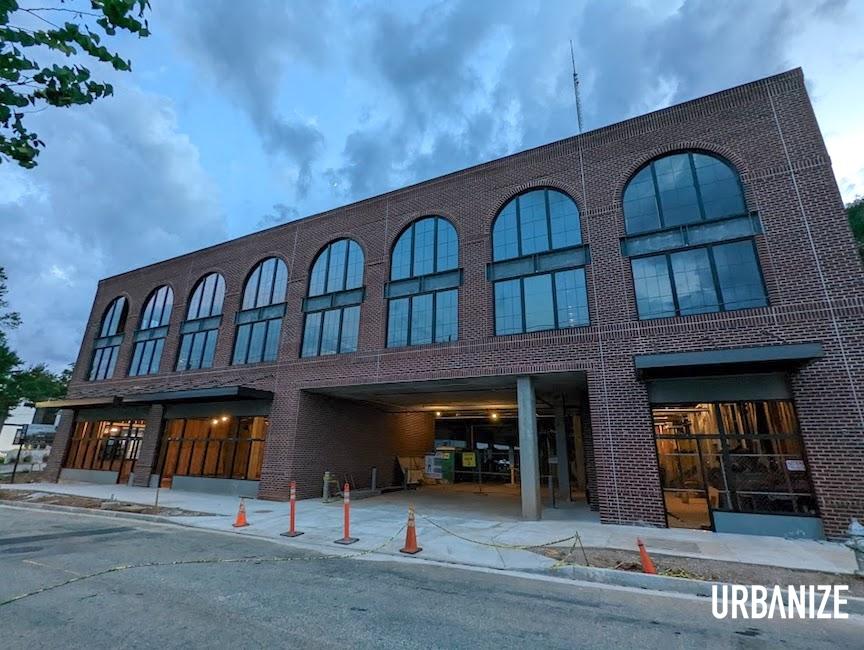 Beyond the BeltLine and Kirkwood, new condo stock in eastside neighborhoods has sporadically popped up with projects such as United Lofts, now attached to a church near Ormewood Park, and the 30-unit Moreland Walk (now priced from the $250,000s) in Custer/McDonough/Guice.

When initially proposed in early 2020, Pullman Flats was expected to have delivered this past fall. Recent listings say some condos will be completed this month.

The overall look of the building is meant to nod to the historic, 27-acre industrial district/events space/indoor football mecca across the street. Have a closer look at where things stand—and what’s to come—in the gallery above.