A rare new eastside condo project that’s not within a stone’s throw of BeltLine pavement is taking shape in Kirkwood.

In the works for roughly two years, Proxima Residential’s Pullman Flats is bringing 60 for-sale residences, offices, retail spaces, and 63 embedded parking spaces to less than an acre along Rogers Street.

About a dozen units are noted as “pending” with listing services right now, though delivery is still months away. 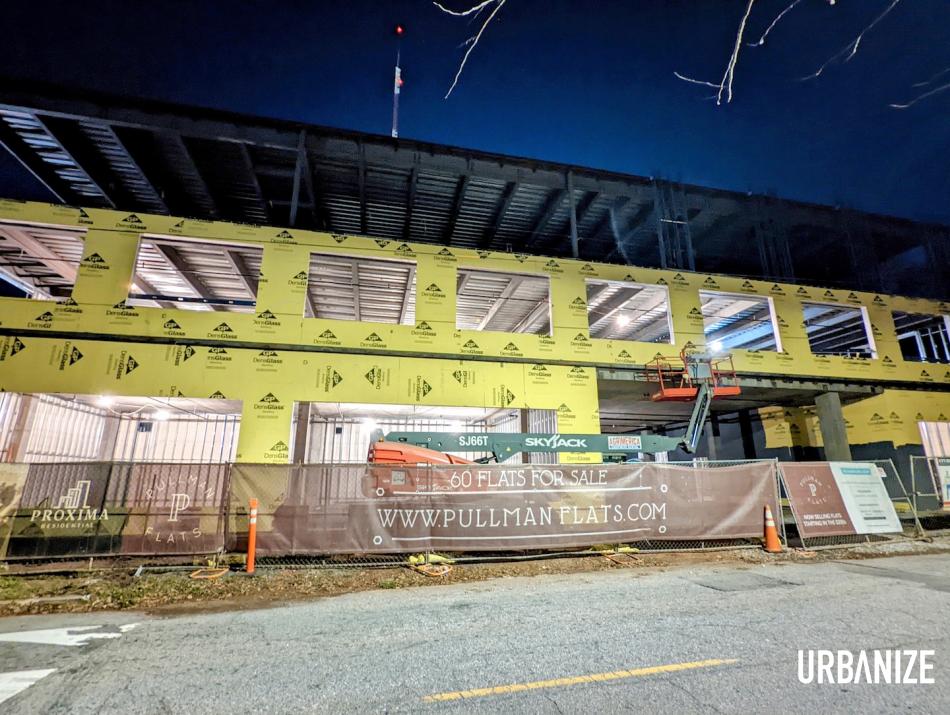 According to updated marketing materials, Pullman Flats options start with 441-square-foot studios, priced between $224,900 and $249,900.

Starting prices for those units have climbed about $50,000 this year.

At street level, shop spaces are expected to span 2,200 square feet total, with another 7,700 square feet of offices or other commercial spaces on the second and third floors in front, project leaders previously told Urbanize Atlanta.

Elsewhere, plans call for a rooftop deck and grilling station, a clubroom with a bar, a communal terrace on the fourth floor, a fitness center, and a dog-washing room. 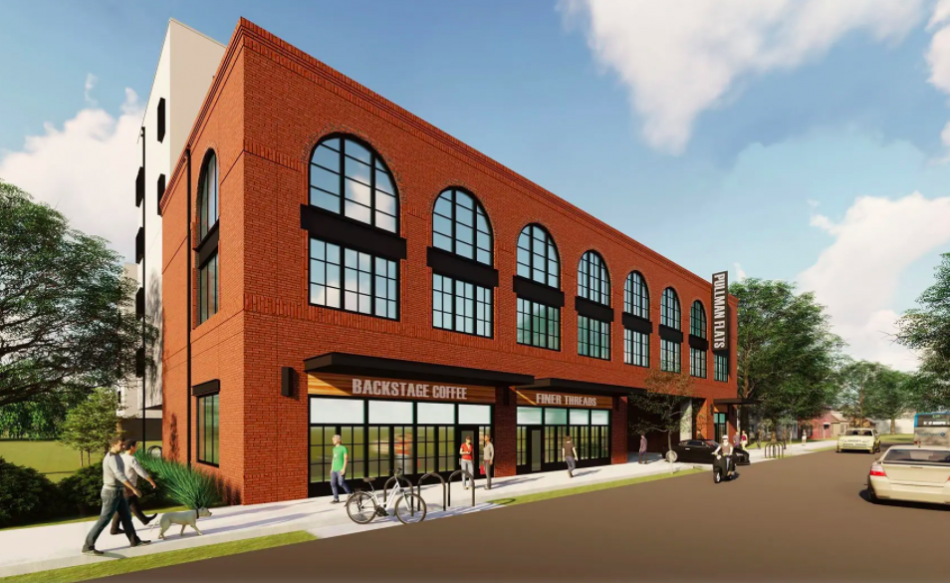 Since the Great Recession, apartments have sprung up by the thousands in eastside neighborhoods, but multifamily builds with for-sale units have lagged that trend.

Full condo buildings and apartment conversions have landed financing and materialized in Midtown and Buckhead, and smaller, BeltLine-adjacent condo ventures are also under construction in places like Old Fourth Ward (The Indie) and Virginia-Highland (The Roycraft).

Beyond the BeltLine, new condo stock in eastside neighborhoods has sporadically popped up with projects such as United Lofts, now attached to a church near Ormewood Park, and the 30-unit Moreland Walk (priced from the $240,000s) in Custer/McDonough/Guice.

When initially proposed in early 2020, Pullman Flats was expected to have delivered this past fall. Listings now peg the estimated completion date as sometime in May next year.

The overall look of the building is meant to nod to the historic, 27-acre industrial district across the street. Have a closer look at where things stand—and what’s to come—in the gallery above.