In the span of roughly six months, the tallest stack of for-sale residences to take shape over the BeltLine so far has gone from barely peeking above street level to fully topped out.

Lording over Edgewood Avenue, a few yards west of the Eastside Trail, the 12-story project is called The Indie as a nod to “the grit of Atlanta’s Krog District and growing art/film scene,” as the marketing spiel goes.

It’s the latest venture in Washington D.C.-based developer Capital City Real Estate’s building spree along the Eastside Trail, which also includes the Flats at the Indie next door and The Roycraft condos in Virginia-Highland. The Indie broke ground in spring 2021 at 628 Edgewood Avenue, a site below street level next to a self-storage facility. 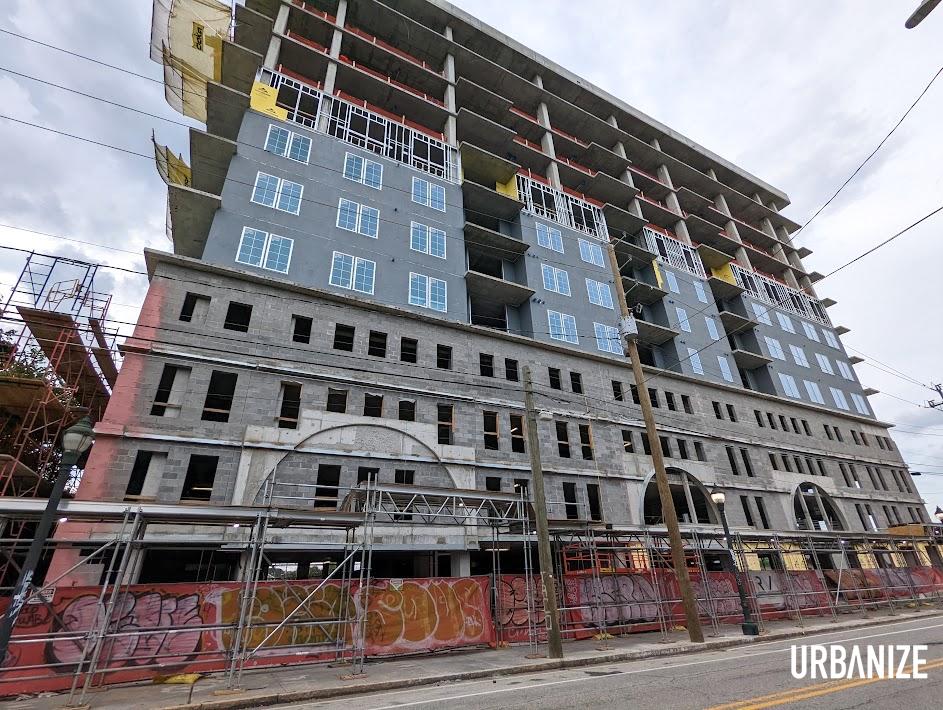 At 12 stories in a generally low-rise district, the building will offer unobstructed views of the full Atlanta skyline and BeltLine when finished, developers have said. 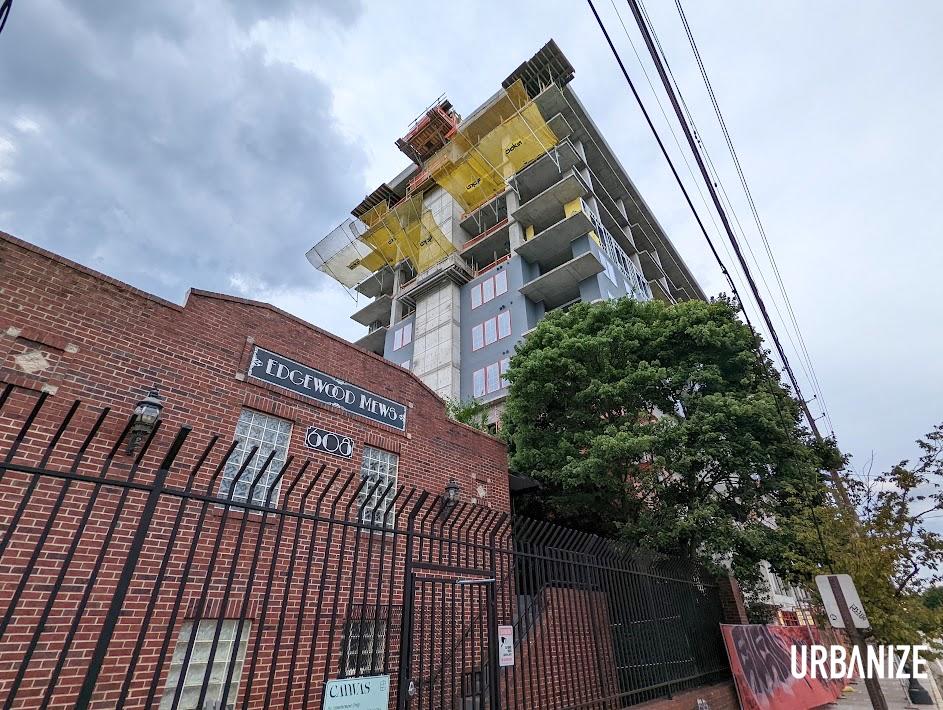 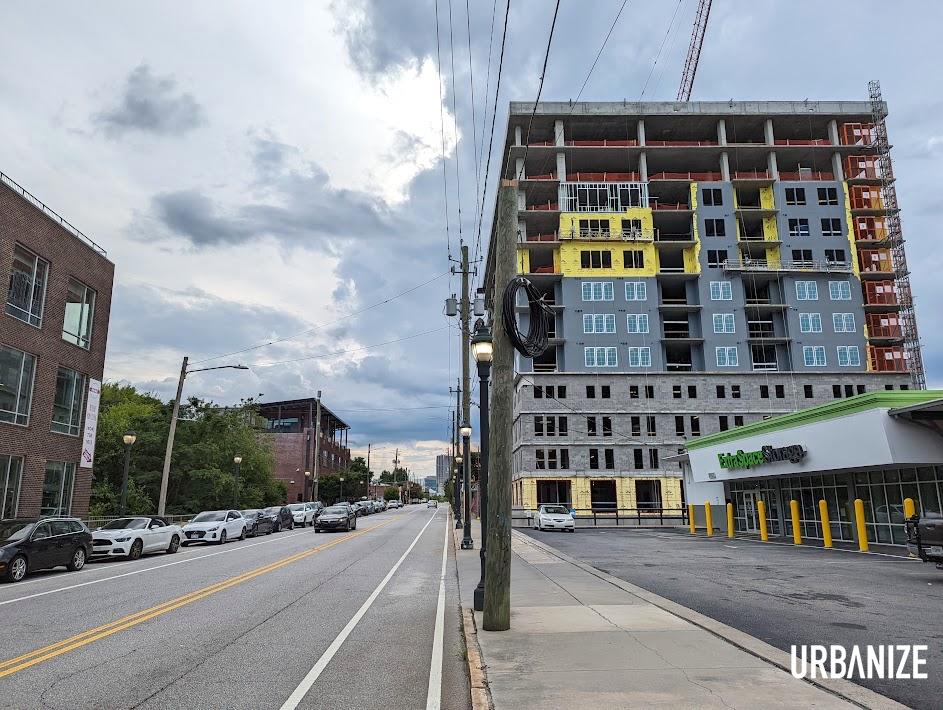 The Indie’s 91 residential units will all be for sale, though prices have yet to be announced. A Capital City official previously told Urbanize Atlanta the building is scheduled to finish construction later this year.

With 16,000 square feet of retail at its brick-clad base, plus loft office space, The Indie will incorporate mixed uses. Overall, the design is meant to complement the “historic and industrial look of the booming Old Fourth Ward neighborhood and the thriving Edgewood Avenue corridor,” as development heads have put it.

The Indie project joins a surge of construction within about a two-block radius as the Eastside Trail's development wave enters its second decade.

The next mixed-use phase of Studioplex development is moving forward, fronting the BeltLine, while Portman Holdings' office-retail venture on Irwin Street is also fully underway. Meanwhile, across the BeltLine in Inman Park, Asana Partners is actively building out its more cohesive district around Krog Street Market.

Have a gander at how The Indie is stacking up to its renderings in the gallery above.