Six months after breaking ground on a wooded lot, a $100-million apartment complex that aims to fill a void of top-flight rental housing in North Druid Hills is beginning to take shape.

Called Bryn House, the Class-A rental project is being built by The Allen Morris Company, the developer behind West Midtown’s Star Metals District that’s angling to be a significant player near the BeltLine’s Westside Trail and Microsoft’s forthcoming campus.

The 6-acre site is located in the 2400 block of North Druid Hills Road, next to a shopping district anchored by Target, just east of Interstate 85.

The base floors of residential construction last week at the Bryn House project. Josh Green/Urbanize Atlanta

Allen Morris’ plans for Bryn House call for 337 apartments in a five-story building overlooking the popular thoroughfare between Decatur and Buckhead. About 2,000 square feet of retail space will be installed at one corner, to include a coffee shop and wine bar connected to a pocket park with games and shaded seating.

The goal is to fill a void for “high-quality rental housing” as the area’s base of high-paying jobs grows, fueled by the expanding medical campuses of Children’s Healthcare of Atlanta and Emory University, officials have said. 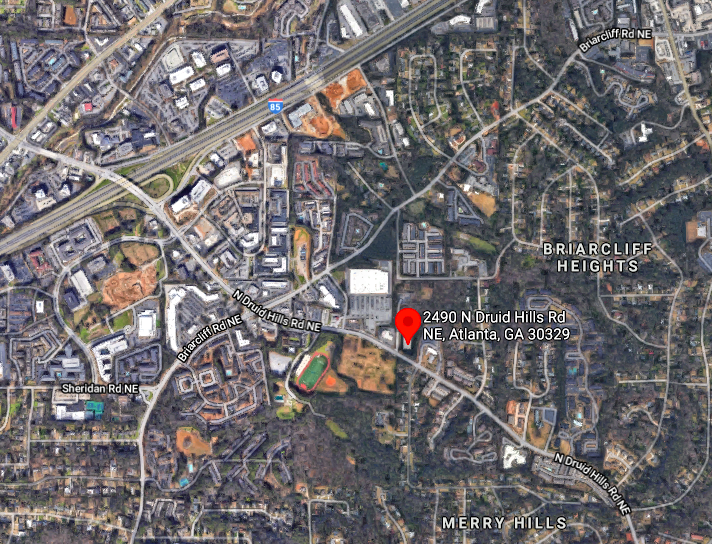 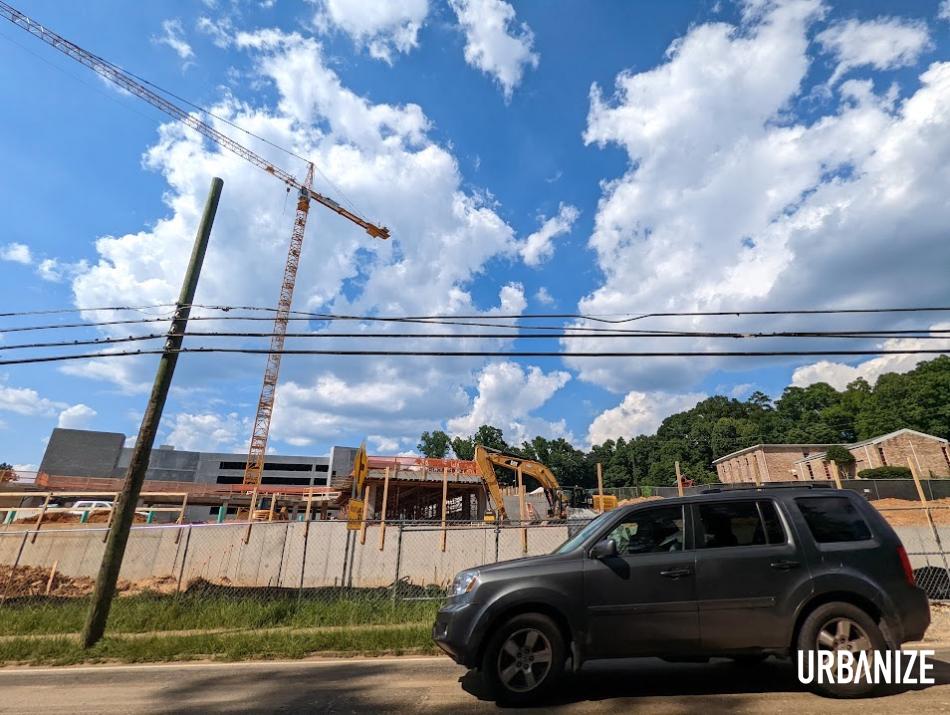 Juneau Construction Company, which built Star Metals Offices and Residences, is overseeing construction. As with Star Metals, the apartments have been designed by architects at Dwell Design Studio.

Amenities at the complex will include an onsite dog park, elevated pool deck with cabanas and trellised grilling areas, plus a gym, game room, and event space.

Allen Morris officials expect the Bryn House project to be complete in spring 2023. 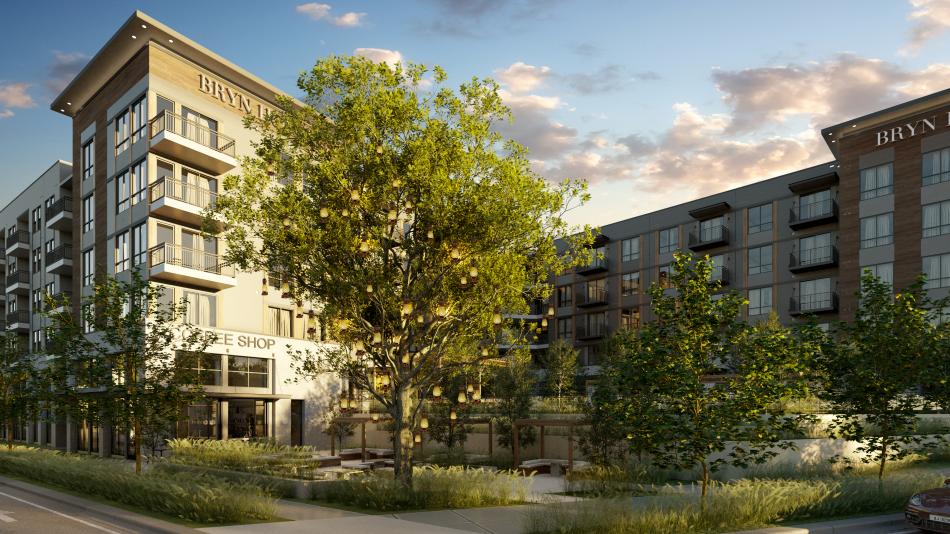 Elsewhere in Atlanta, Allen Morris made news in May for acquiring 15 acres of former industrial property abutting the BeltLine’s Westside Trail in Bankhead for $31 million. That property, situated along Donald Lee Hollowell Parkway, has been the subject of redevelopment talks for years. Allen Morris officials said input from adjacent neighborhoods and the BeltLine will help guide designs.

In April, renderings came to light for a 20-story apartment tower called Stella at Star Metals that’s now expected to start construction in the fourth quarter of this year, per marketing materials. It would join a boutique hotel and multifamily building combo as the next phases in the Star Metals District’s growth.