At the risk of sounding like homers, when it comes to national and international media reports, and more specific surveys and analyses, Atlanta has been not just on a roll in 2022—but a dominant force.

But if the City of Atlanta’s official reaction today—like the mayor’s Twitter account—is any indication, the most recent accolade could be the most significant.

Citing Atlanta’s “booming jobs market and eye on equality,” among other factors, Money magazine’s October issue has declared the city proper “the Best Place to Live in the U.S.”

Money’s Best Places to Live list has been published for 35 years, and the staff acknowledges that “Atlanta is very different from the kinds of places that usually make the cut… [e]specially at the very top,” but is also a place that “punches way above its weight… both culturally and economically.”

The City of Atlanta distributed the full story, verbatim, as a press release this afternoon. Mayor Andre Dickens, not yet a year into his first term, tweeted: “This truly shows that when we #MoveAtlantaForward, together, the world notices!” 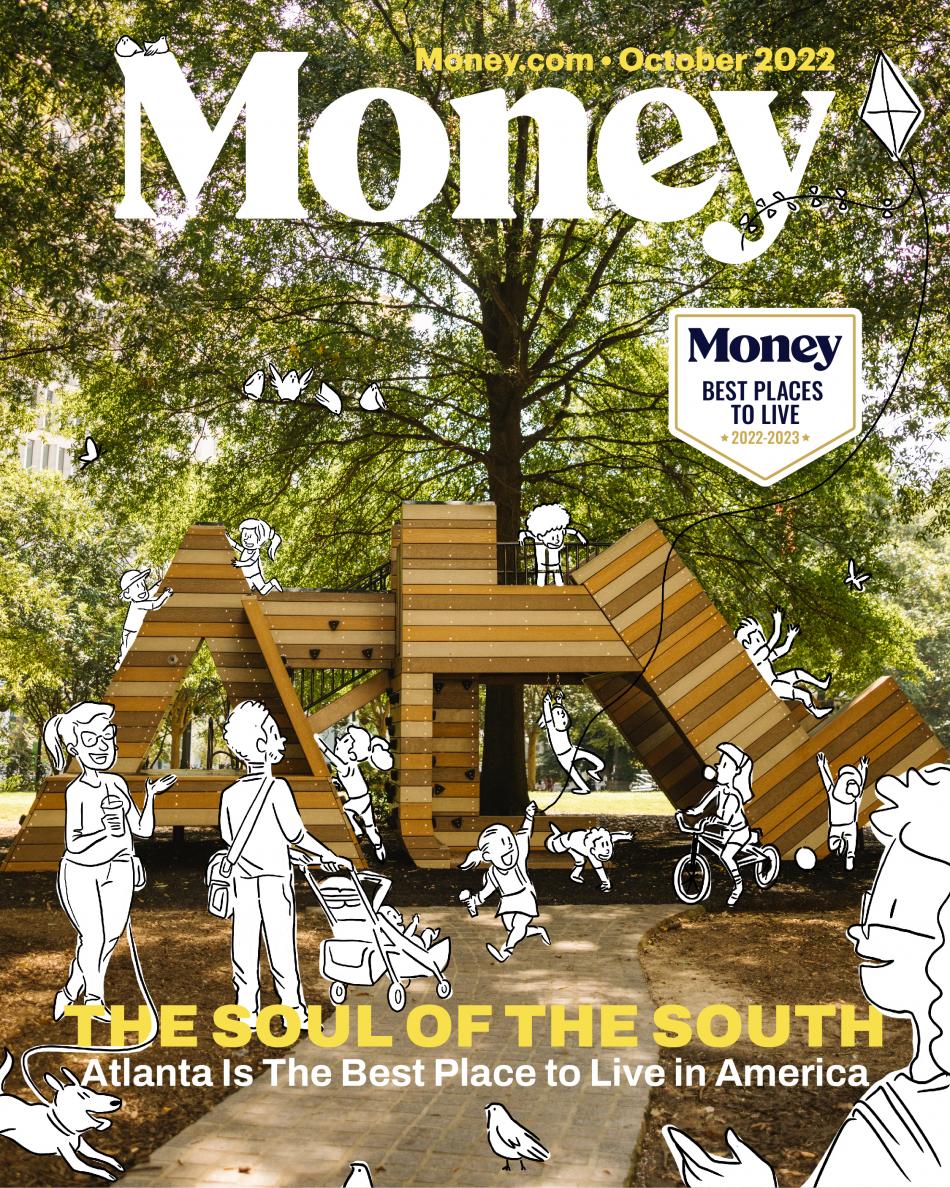 Money specified the honor was directed not at metro Atlanta but at the City of Atlanta itself, which it described as a diverse, vibrant, growing, and tech-fueled yet down-to-earth metropolis where anyone willing to hustle can carve out a high quality of life. It’s the “fourth-largest Black-majority city in the U.S.” and the “proud hometown of Martin Luther King Jr.” where “some of the best universities in the country” and a “flourishing startup ecosystem” ply their trades alongside “America’s largest puppetry museum, and America’s only trap music museum,” as the magazine put it.

The article doesn’t paint an entirely sugarcoated picture, however. It acknowledges that rising prices have increased the daily burned on Atlanta’s more vulnerable residents “and have made it increasingly hard for legacy Black families to afford to live comfortably,” though that’s hardly a struggle exclusive to Georgia’s capital. One line that’s perhaps overstated: “… in 2022, as the city draws in flocks of tourists, wealthy real estate developers and expats from more expensive cities, there’s an undercurrent of shared responsibility that feels very of-the-moment.” (Tell that to real estate agents breaking up fistfights at open houses.)

On the bright side, Money found that housing costs in metro Atlanta—median home sales price: $395,000, per ATTOM data—are lower than more than half of the places on its 2022-2023 list, and many of those are much smaller metros.

Also getting nods are the city’s growing system of parks and multi-use trails, global food scene, historical relevance, and more entertainment options “than even the most social of butterflies could ever find time for.”

At the risk of sounding like homers… that sounds about right.