Especially since the Centennial Olympic Games 25 years ago, Atlanta has fancied itself an international city and player on the global stage. A new survey suggests the world shares in that opinion, at least in terms of valuable real estate.

Georgia’s capital joins Austin, Boston, and Dallas as favored U.S. choices among the global institutional investor community in pandemic-altered cities around the world.

That’s according to a new analysis by Washington D.C.-based AFIRE, the association for international real estate investors focused on commercial property in the U.S. Responses for the 2022 International Investor Survey Report were collected through February.

AFIRE, which has conducted the survey for more than 30 years, polled nearly 175 organizations in 23 countries, with roughly $3 trillion in assets total. Bigwigs, that is.

Among real estate investors not based in the U.S., in fact, Atlanta ranked as the top city for future investments.

Atlanta ranked as the top city choice by non-US-based investors.AFIRE

The questionnaire’s goal was to measure trends, sentiment, and capital flows for global institutional investment in real estate, with an eye on the “altered cultural attitudes towards live-work preferences among U.S. cities coming out of the prolonged pandemic,” according to AFIRE.

Overall, the findings point toward a sustained shift toward secondary and tertiary (a gentler way of saying “third-tier”) U.S. cities for planned investments, which are gravitating toward multifamily, industrial, and life science assets, per the survey.

Against all the world’s cities, respondents selected Austin, Atlanta, and Boston as the top three places for planned global investment this year. London ranked as the only non-U.S. city in the top five, with New York and Seattle, respectively, just missing the cut.

Some interesting takeaways from the survey report could preview what’s in store for Atlanta:

Roughly eight in 10 investors said they plan to increase U.S. real estate investment in the next three to five years. Almost all of them (90 percent) expect to increase multifamily bets in that timeframe.

Seven in 10 respondents said they plan to increase cash flow to secondary cities—the classification in which Atlanta falls—overall in the next few years. 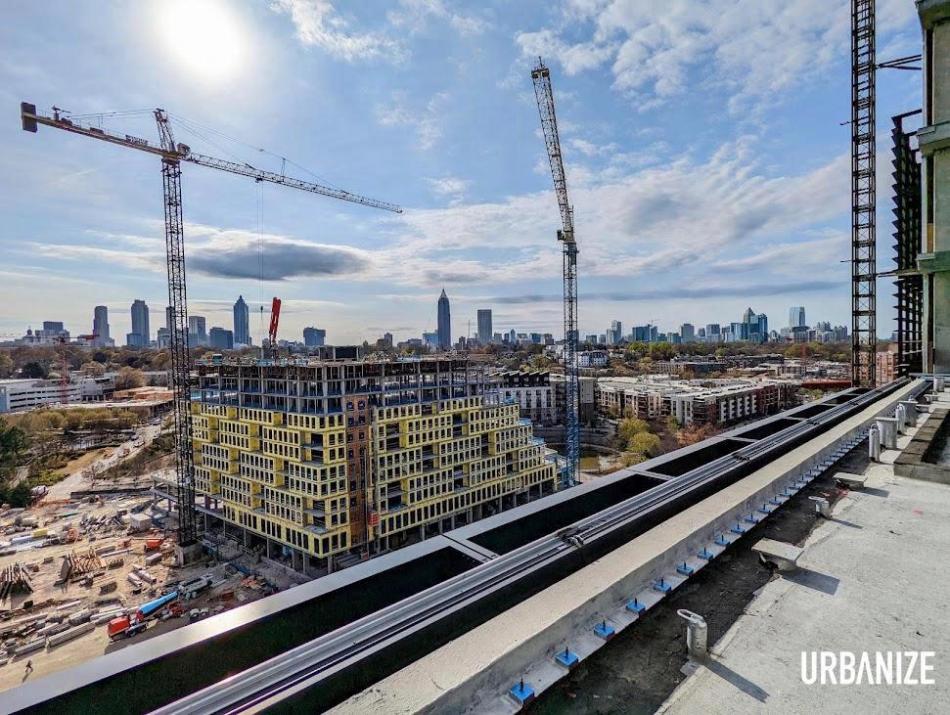 In U.S. markets, actionable climate change strategies (89 percent) and carbon footprint reduction measures (90 percent) ranked as the most important priorities in the near future, with diversity (74 percent) third. 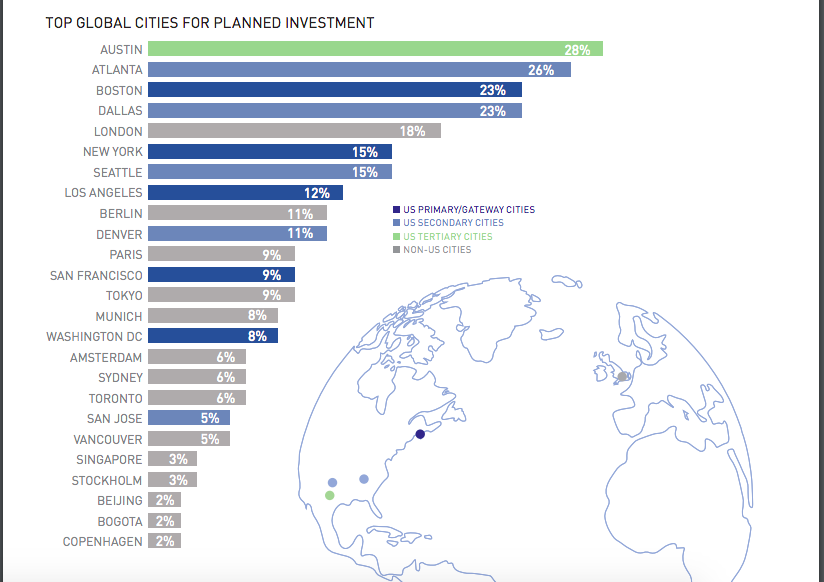