MARTA leaders are now officially summoning developers to what they describe as a unique opportunity in a growing but traditionally underserved Westside neighborhood.

The transit agency recently announced a Request for Proposals, or RFP, aimed at development companies capable of transforming a portion of the last stop on MARTA’s Green Line, the Bankhead station.

The Transit-Oriented Development would be a first for Atlanta’s Westside, joining other MARTA-led projects from Grant Park to Edgewood and Decatur’s eastern fringes that have transformed parking lots into multifamily housing and other uses. 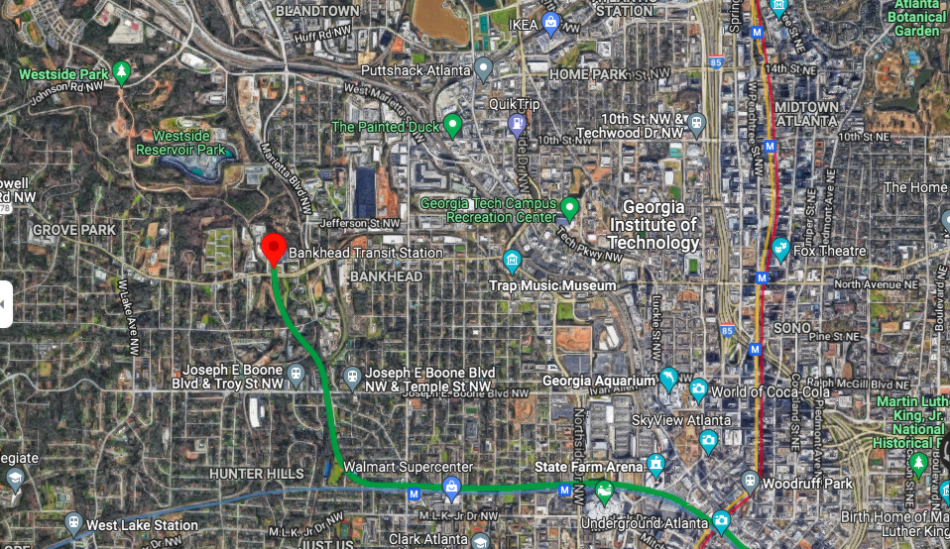 According to MARTA, the Bankhead TOD will consume about 5 and ½ acres in the 1300 block of Donald Lee Hollowell Parkway. The deal will also include air rights above the existing station, officials said.

Most notably, the station is located next to Microsoft’s planned 90-acre Atlanta campus, which is expected to break ground in roughly the next year, according to Microsoft’s announcement in early 2021. Also next door is the Proctor Creek Greenway in historic Grove Park, while the city’s new Westside Park and segments of the BeltLine’s Westside Trail are within about a half-mile. 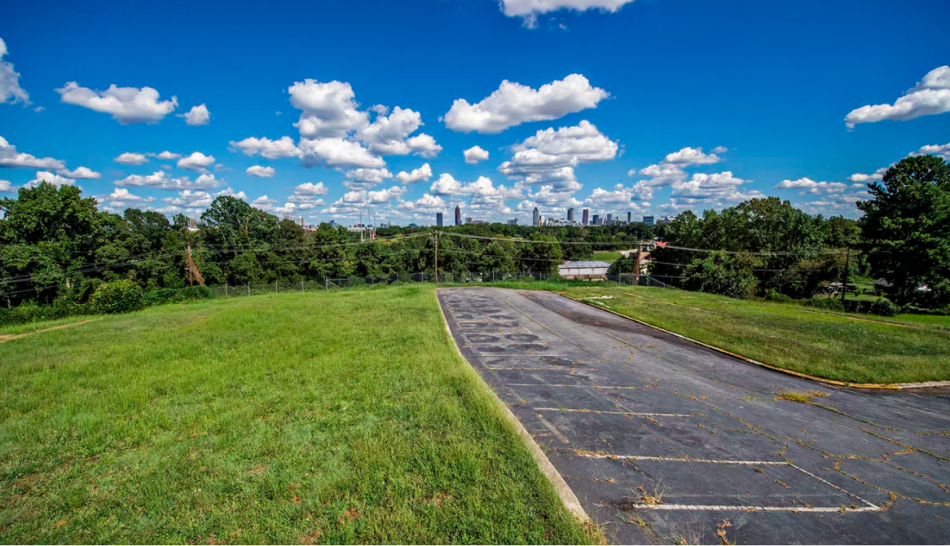 A higher elevation on the 90 acres now owned by Microsoft, looking toward downtown and the Bankhead MARTA station in the middle distance. Courtesy of Jonathan Phillips

Last year, the Georgia General Assembly approved a $6-million allocation to help redevelop the Bankhead station, so that its uses better reflect what’s expected to be one of Microsoft’s largest hubs. As part of the billion-dollar MARTA 2040 transit expansion and improvement program, the Bankhead project will include a platform extension, beefing up its capacity from two to eight-car trains like the rest of MARTA’s stations, in preparation for expected growth, officials said.

MARTA is seeking a zoning change for the Bankhead property to Mixed Residential Commercial District 3, or MRC-3, similar to zoning applied to the Microsoft property. The transit agency expects to bring the matter before the Atlanta City Council for approval in March.

The Bankhead station is one of seven that fall within a Federal Opportunity Zone's boundaries. That program aims to incentivize long-term investments in low-income neighborhoods; as such, MARTA says 30 percent of housing built at the Bankhead TOD will be reserved for people earning 80 to 120 percent of the area’s median income.

“Bankhead Station is in a part of Atlanta that is undergoing significant growth and land use changes,” MARTA interim general manager Collie Greenwood said in the RFP announcement. “Our rezoning efforts with the city, and the station’s location within a Federal Opportunity Zone, make this TOD an incredible opportunity to provide affordable housing and other community amenities convenient to transit.” 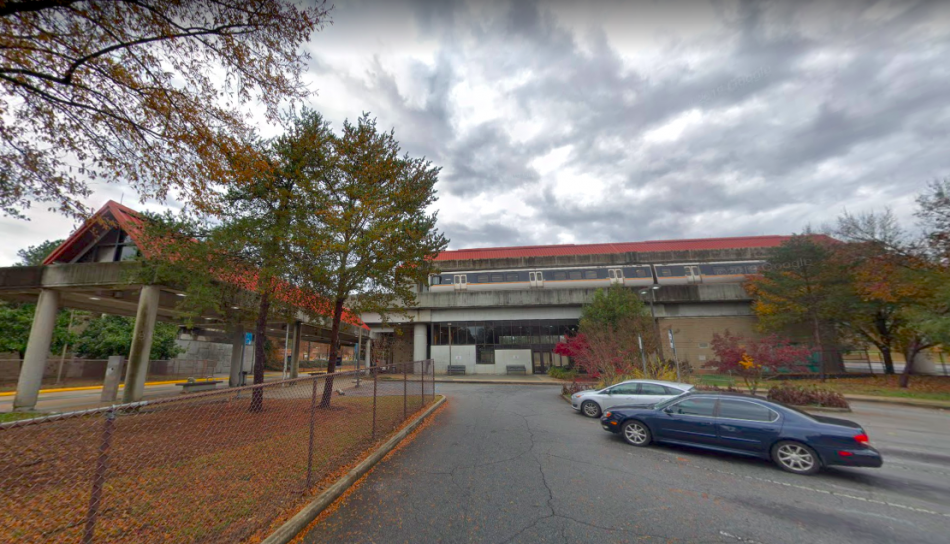 MARTA is planning a “robust community engagement process” to share plans and field input about the Bankhead station project, officials said. A pre-proposal conference regarding the Bankhead TOD is scheduled for Wednesday, and the deadline for developers to submit proposals is April 13.

The growth in and around Bankhead—and subsequent home-price inflation—hasn’t been without friction.

Bankhead townhomes listed just shy of $700,000 continue to sell at a rapid clip roughly three blocks from Microsoft’s site. That project follows another townhome venture on Donald Lee Hollowell Parkway that stoked gentrification and displacement fears a couple of years ago—before selling out in the $400,000s.

In response to displacement concerns, MARTA has teamed with the Morgan Stanley Community Development Finance and the National Equity Fund to create a $100-million fund that aims to preserve existing affordable housing around MARTA rail stations and Atlanta Streetcar stops.

MARTA has also partnered with Goldman Sachs on a $100-million affordable housing TOD initiative that should help provide a funding source for projects like whatever’s proposed in Bankhead, according to MARTA officials.

“We’re eager to see the proposals for this unique site,” noted Greenwood, “as we undergo our own transformative work planned for Bankhead station.”