With a federal initiative underway to reconnect urban America communities severed by highways, and with the possibility of more than $1 billion in grants being floated to get such projects off the ground, a feeding frenzy of sorts has broken out among potential highway-capping parks in Atlanta from downtown to Midtown and Buckhead.

But why leave out Atlanta’s eastside neighborhoods, where some of the city’s densest development patterns and fastest population growth are happening? (Other than the very real hindrance that is nonexistent piles of cash?)

Phil Veasley, a Raleigh-based engineer who lived in Atlanta for more than 15 years and moonlights as an urbanist blogger, is making the case for why another interstate-topping megaproject could and should be added to the mix.

It’s not the first big idea for capping Interstate 20, but it’s the most extensive and detailed, as Veasley’s vision calls for a vast system of greenspaces and potential transit atop I-20 that would span from downtown’s Capital Avenue to the Maynard Terrace exit between East Atlanta and Kirkwood.

Behold the “East Atlanta Boulevard,” as Veasley sees it:

“This project would truly reconnect and set up East Atlanta for the future,” Veasley writes on his site, “and [it] fits the bill perfectly for what the Reconnecting Communities initiative is meant to do.”

Incorporating bike lanes, new vehicles lanes, and possibly either streetcar or bus rapid transit in relatively dense places, the boulevard concept would create more than a dozen new connections between neighborhoods that have been severed from each other by multiple lanes of interstate since the 1960s.

Courtesy of Phil Veasley, via Streetmix

Working in the favor of any park created from thin air is the fact that, between downtown and Maynard Terrace, most of I-20 sits below grade, as Veasley writes, adding: “Using the sub-grade to our advantage, a series of bridges to create a cap structure over the highway is feasible.”

Broken down into five segments, the hypothetical boulevard calls for reworking some interstate ramps and eliminating others, to alleviate what Veasley calls a high concentration of I-20 on and off-ramps that lead to driver confusion, weaving, and increased congestion. 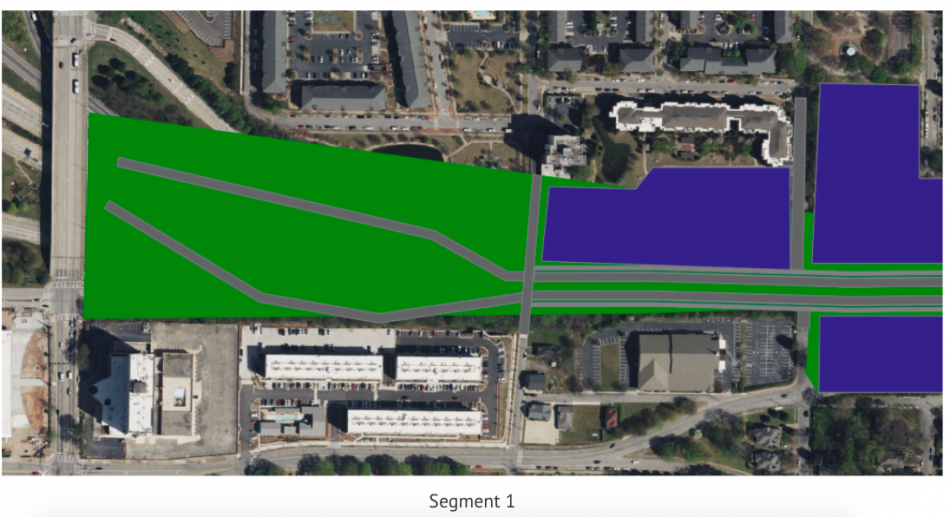 Another benefit would be the addition of more than 100 acres of reclaimed, developable land on former interchanges, where thousands of new residences and mixed-use nodes could be created alongside park space. Sheer interstate noise and pollution from vehicles would also be cut down, per Veasley’s pie-in-the-sky (or maybe not?) hypothesis.

Beyond costs and the monumental hurdle of getting all involved parties on the same page, Veasley notes that challenges could include the fact that “while all… existing bridges have sufficient clearance, there may be areas in between that do not, which would drive the price up.”

On his urbanism blog, Veasley details the specific functionality and potential of each segment (see below), and he promises to compile a similar analysis for I-20 west of downtown soon.

Is this 3.5-mile slice of urbanist utopia (plus car lanes) practical? Is a concept like this something the city should aim for? Would you be willing to help pay for it? 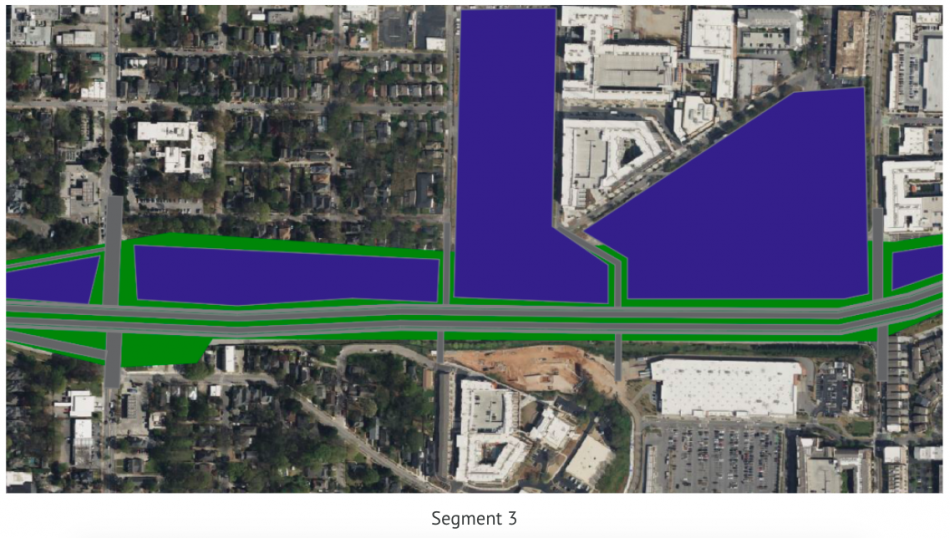 The segment where the BeltLine's Eastside Trail crosses I-20 today. Courtesy of Phil Veasley 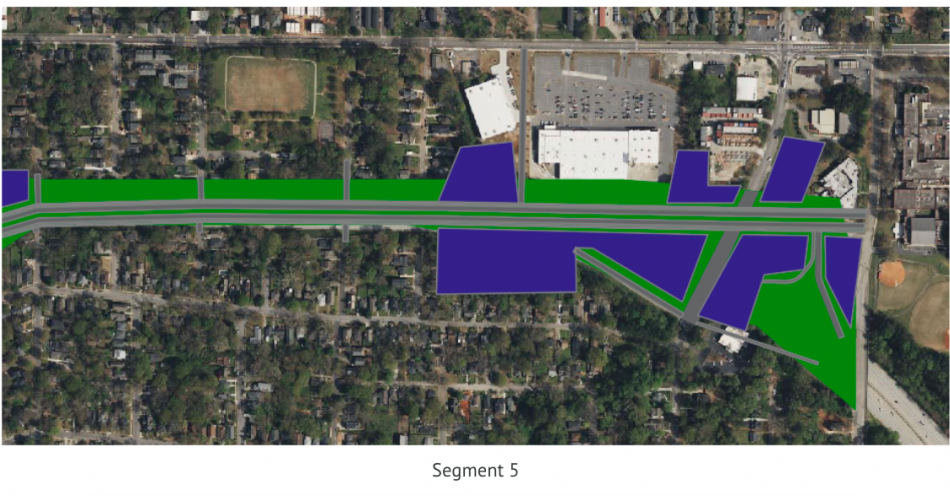