For anyone who hasn’t ventured into the southern blocks of downtown lately, the Mitchell Street corridor is emerging from a long slumber of disinvestment and vacancies with projects such as The Lofts at Centennial Yards South, the 222 Mitchell building redo, and most noticeably, the reemergence of Atlanta’s historic Hotel Row.

But each of those adaptive-reuse endeavors is rooted in the past. Visuals provided this week to Urbanize Atlanta lend an idea what the corridor’s future could look like, by way of development built from the ground up, in the next couple of years.

Centennial Yards reps caution that the new renderings were put together for a retail leasing brochure and are not finalized. Nonetheless, they help with visually putting initial puzzle pieces of the 50-acre megaproject together, showing how the Gulch’s chasm and a rather desolate strip of road are planned to be activated. 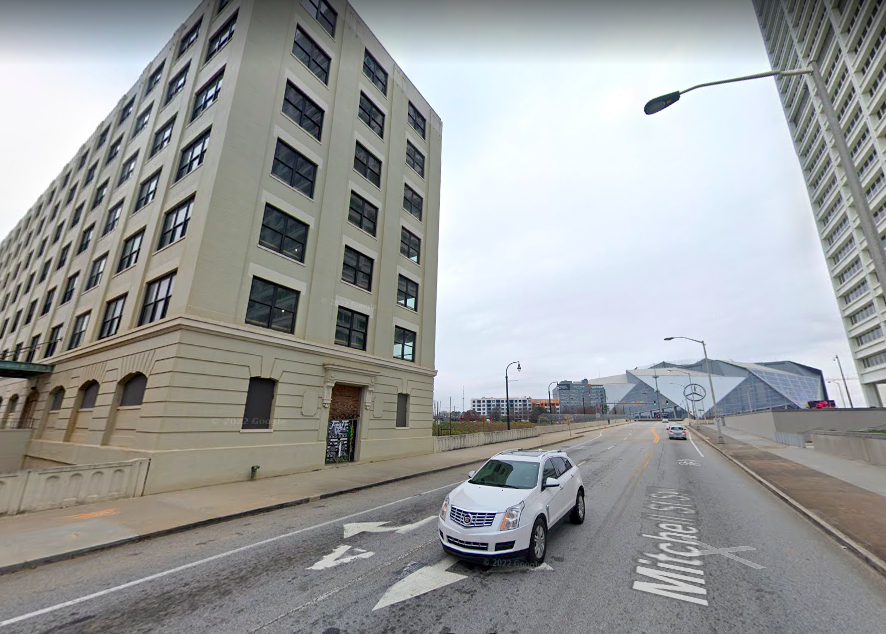 The desolate Mitchell Street corridor, between Hotel Row and The Benz, as seen in December. The 26-story Richard B. Russell Federal Building stands at right. Google Maps 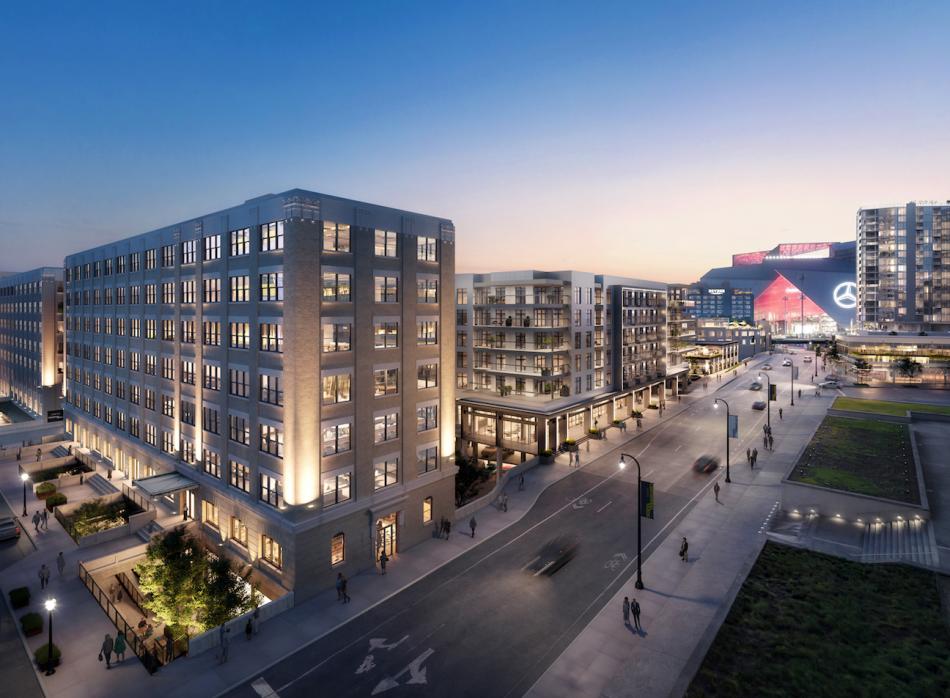 At left, the below-grade retail "Canyon" and Centennial Yards loft office building that are under construction now, where Norfolk Southern left its offices in the 1990s. Courtesy of Centennial Yards, via DBOX

The Mitchell Street corridor “will be emphasized as an early district for Centennial Yards,” a project rep noted via email. “The corridor will have multiple points of interest, including Wild Leap Brew Co., that will loop back around and across the Nelson Street bridge.”

The first component to move forward—a 230-unit apartment building fronting Mitchell Street from developers CIM Group and Stream Realty Partners—is claiming a 6-acre wedge of properties near the southern edge of Centennial Yards. Twenty percent of those rentals will be reserved as affordable housing, developers have said.

Townhomes are also in the works where the project meets Castleberry Hill at Mitchell Street; a hotel tower and more apartments were unveiled last year that would overlook Mercedes-Benz Stadium.

Have a glimpse at where things are heading, per the development team, in the gallery above.