Days appear to be numbered for a long-vacant row of dilapidated buildings on a Westside corridor where hundreds of new condos have been developed and hundreds of more homes are in the pipeline.

Demolition permits have been issued for two properties near the corner of West Marietta Street and Longley Avenue that—along with vacant lots—would be replaced by duplexes with simplified, contemporary designs of brick and metal cladding, plans show.

The five parcels in question are owned by an LLC called WPCS. Atlanta-based Gotsch Studio is designing, while Paces Ferry Builders and B+C Studio landscape architects are listed in permitting records as also being involved. 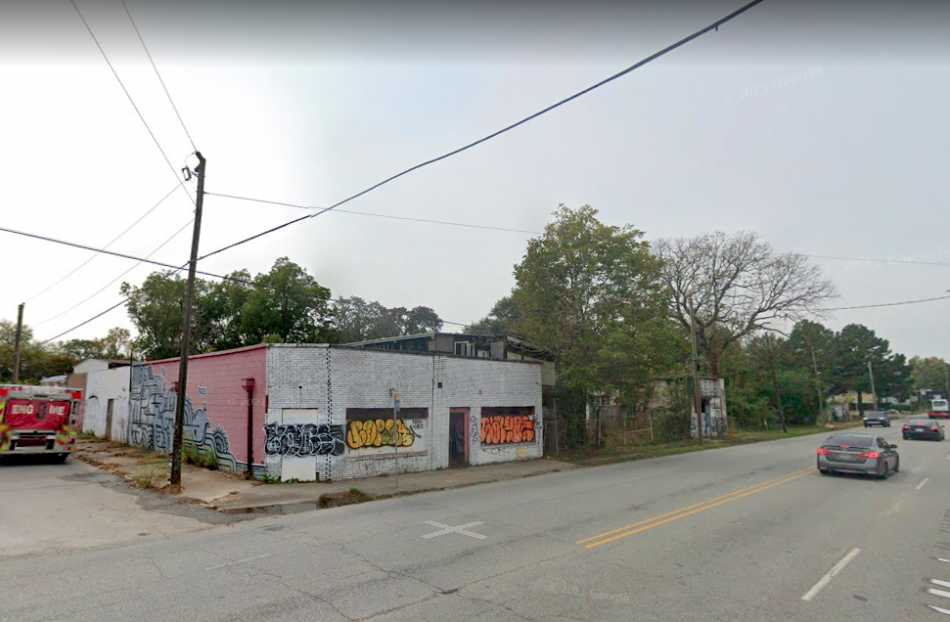 Condition of buildings at the corner of Longley Avenue and West Marietta Street, next to empty properties at right, today. Google Maps

Renderings for brick-heavy facades and metal-clad porches at the rear of buildings. Gotsch Studio

According to a site plan, two rows of six buildings would rise on the block, with a pervious driveway and parking spaces (but no garages) in between.

Floorplans indicate that each duplex unit would have about 1,130 square feet across two stories, with an attached porch off the living rooms.

All homes would have two bedrooms upstairs with attached bathrooms, and a half-bath downstairs off the kitchen, plans indicate. (An earlier Special Administrative Permit this year indicated the homes would be larger, or at least some of them, at 2,274 square feet.)

The two lots on Tilden Street require a variance from BeltLine Overlay District guidelines to reduce a required 10-foot sidewalk width to six feet, about a foot smaller than current sidewalks, per planning documents submitted to the city in June.

Blocks on either side of the duplex site could be transformed with new housing in coming years. 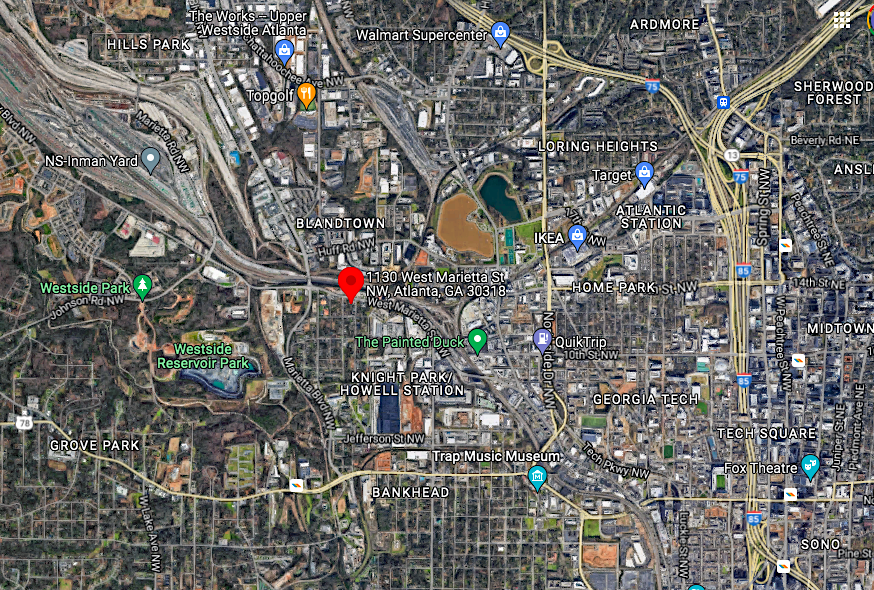 One block to the west, plans have recently emerged for an apartment-townhome combo that would bring more than 350 homes where a church and its parking lots exist today.

Heading toward Midtown, the QTS Data Centers expansion project calls for roughly 400 stacked multifamily units and townhomes to eventually be built along West Marietta Street, too.

Swing up the gallery for a closer look at plans for the pocket of West Marietta Street duplexes.