Although the concrete has barely dried on the latest leg of the BeltLine’s Westside Trail, the recreation and transportation alternative has helped attract a development proposal that would bring hundreds of new residences to the small, tight-knit, historic neighborhood of Knight Park-Howell Station.

According to Special Administrative Permit filings made last month, intown development heavyweights Trammell Crow Residential and Empire Communities are teaming up to bring a blend of apartments and townhomes near the northwest corner of the neighborhood.

The application seeks to rezone about 3.9 acres off West Marietta Street to mixed residential uses. The land is currently owned by Mount Ephraim Baptist Church, which plans to sell its facilities and relocate if the rezoning is approved. 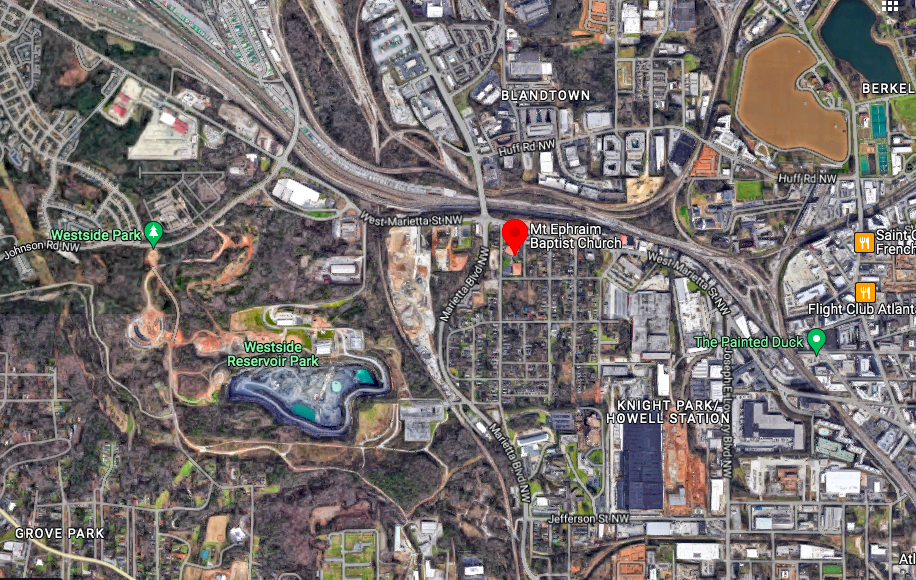 Overview of the 3.5-acre property in question on West Marietta Street in Knight Park/Howell Station, due west of Midtown. The neighborhood has been listed on the National Register of Historic Places for 25 years. Google Maps

Doing so would continue a trend that’s seen numerous churches across the city cash out and move on as land values have skyrocketed and developers’ appetites for large parcels intensified.

The site in question encompasses an entire city block just north of the Knight Park greenspace, plus current parking lots across the street.

The developer has proposed that a minimum of 31 units will be reserved as affordable housing at 80 percent of the area median income, as the BeltLine’s inclusionary zoning ordinance dictates.

Estimated completion for the apartment component is summer 2025, according to SAP paperwork. 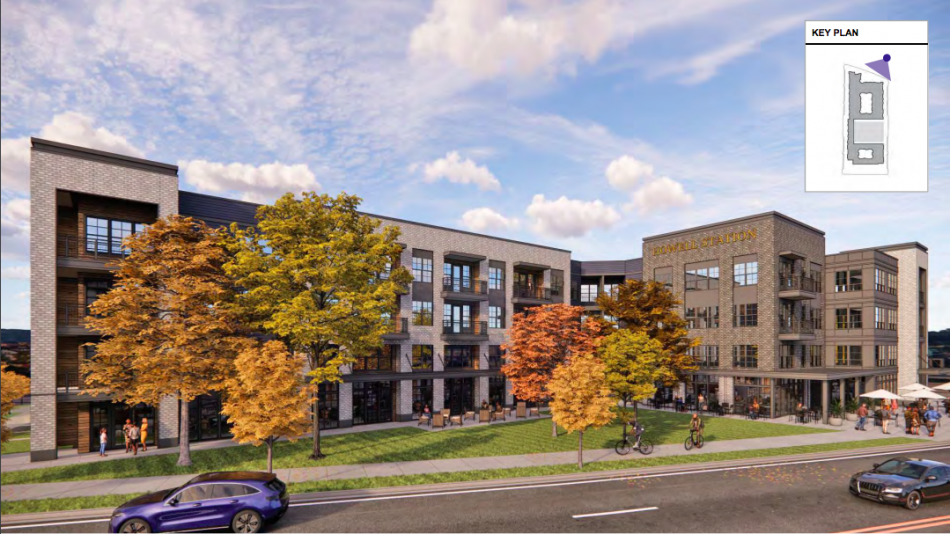 The portion of the Howell Station apartments that would front West Marietta Street with retail. Trammell Crow Residential/Dwell Design Studio

The townhome component would rise across Rice Street, where the church operates a small library and owns a large asphalt parking lot.

Plans for Empire Howell Station, as that portion of the project is called, were presented as initial concepts with no pricing or size details provided.

According to renderings, Empire’s plans call for building 56 townhomes, a communal plaza, a park, and several gathering spaces between Rice Street and Marietta Boulevard, where the latest segment of the Westside Trail was opened earlier this year.

Swing up to the gallery for a primer on both aspects of this Westside proposal.